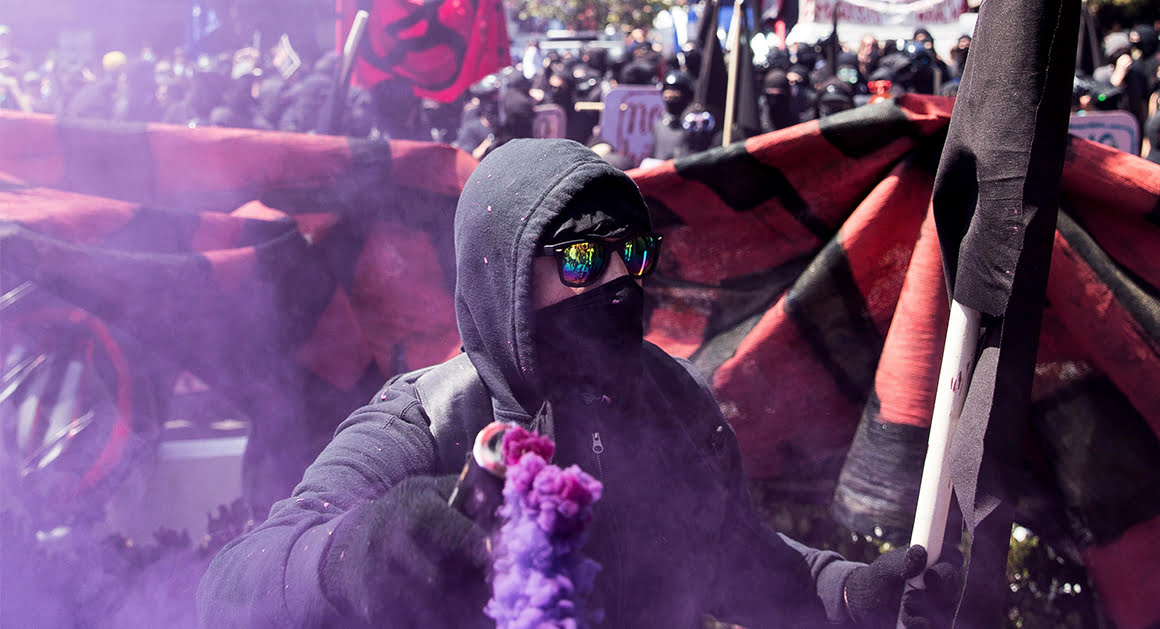 According to Politico, The Department of Homeland Security (under Obama) has formally classified Antifa activities as “domestic terrorist violence” and DHS along with the FBI confirms that Antifa are the “primary instigators of violence at public rallies”.

“Federal authorities have been warning state and local officials since early 2016 that leftist extremists known as “antifa” had become increasingly confrontational and dangerous, so much so that the Department of Homeland Security formally classified their activities as “domestic terrorist violence,” according to interviews and confidential law enforcement documents obtained by POLITICO.”

“Previously unreported documents disclose that by April 2016, authorities believed that “anarchist extremists” were the primary instigators of violence at public rallies against a range of targets. They were blamed by authorities for attacks on the police, government and political institutions, along with symbols of “the capitalist system,” racism, social injustice and fascism, according to a confidential 2016 joint intelligence assessment by DHS and the FBI.”

“After President Donald Trump’s election in November, the antifa activists locked onto another target — his supporters.”

““These antifa guys were showing up with weapons, shields and bike helmets and just beating the shit out of people. … They’re using Molotov cocktails, they’re starting fires, they’re throwing bombs and smashing windows.””

“Almost immediately, the right-wing targets of the antifa attacks began fighting back.” (notice .. fighting “back”)

“In the Texas capital of Austin, armed antifa protesters attacked Trump supporters and white groups at several recent rallies, and then swarmed police in a successful effort to stop them from making arrests.”

“California has become another battleground, with violent confrontations in Berkeley, Sacramento and Orange County leading to numerous injuries. And antifa counter-protesters initiated attacks in two previous clashes in Charlottesville, according to the law enforcement reports and interviews.”

“According to police, counter-protesters linked to antifa and affiliated groups like By Any Means Necessary attacked, causing a riot after which at least 10 people were hospitalized, some with stab wounds.”

“By the spring of 2016, the anarchist groups had become so aggressive, including making armed attacks on individuals and small groups of perceived enemies, that federal officials launched a global investigation with the help of the U.S. intelligence community, according to the DHS and FBI assessment.”