There was no reason for it to end like that, we had them on our side. 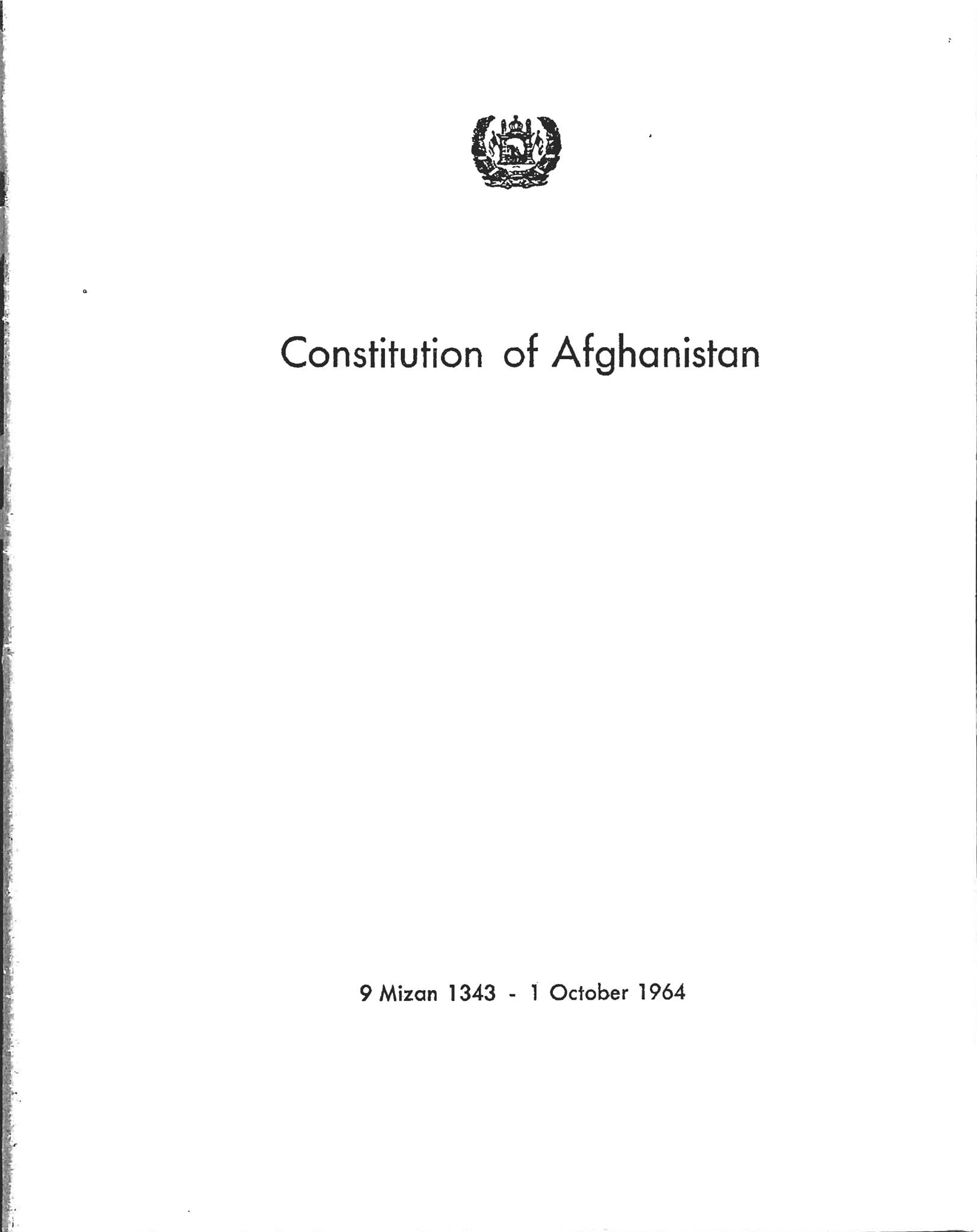 Taliban will temporarily enforce Zahir Shah’s 1964 constitution, minus the parts they don’t like, whatever that means. 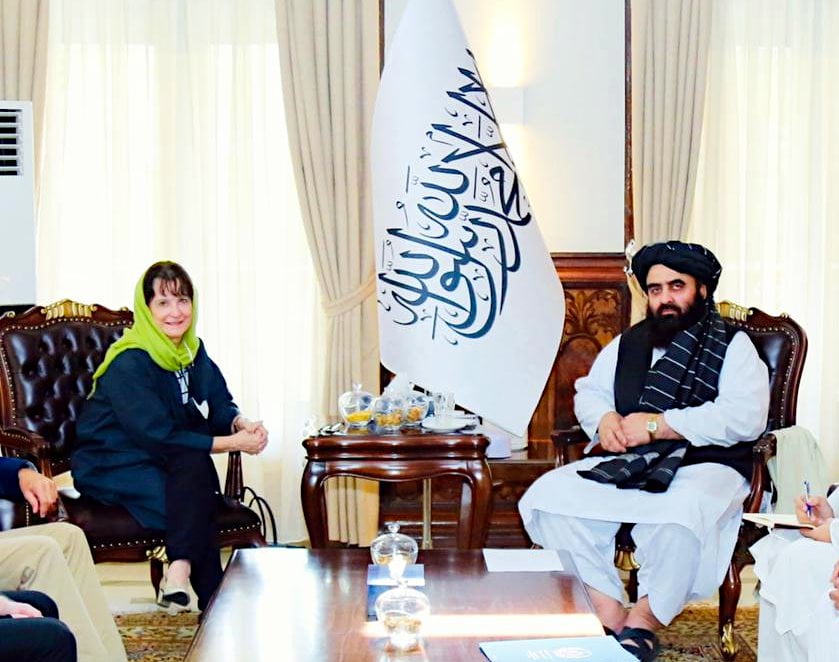 UN special envoy Deborah Lyons meeting with the Taliban Minister of Foreign Affairs. I’m all for peaceful dialogue, but look how happy she is to be in this meeting. The UN is absolutely useless. 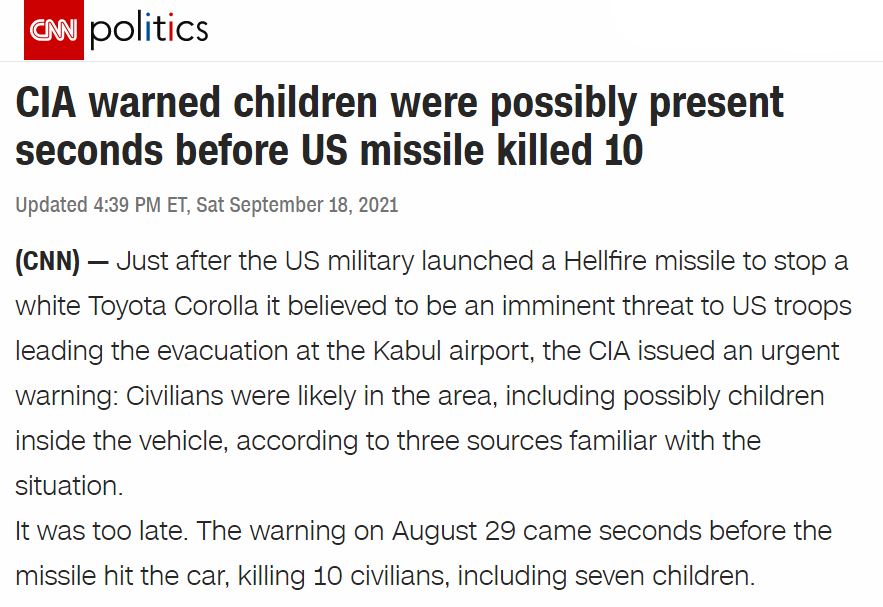 CIA warned the Pentagon that there were children present after the Pentagon already pushed the drone strike button and seconds before it hit the car, a little bit of cover your ass for good measure. 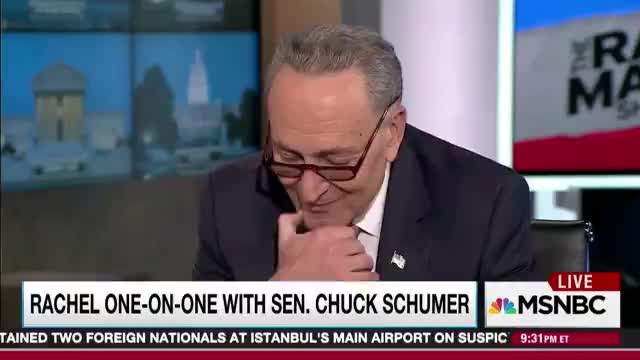 The Intelligence Community is now upset at Biden. 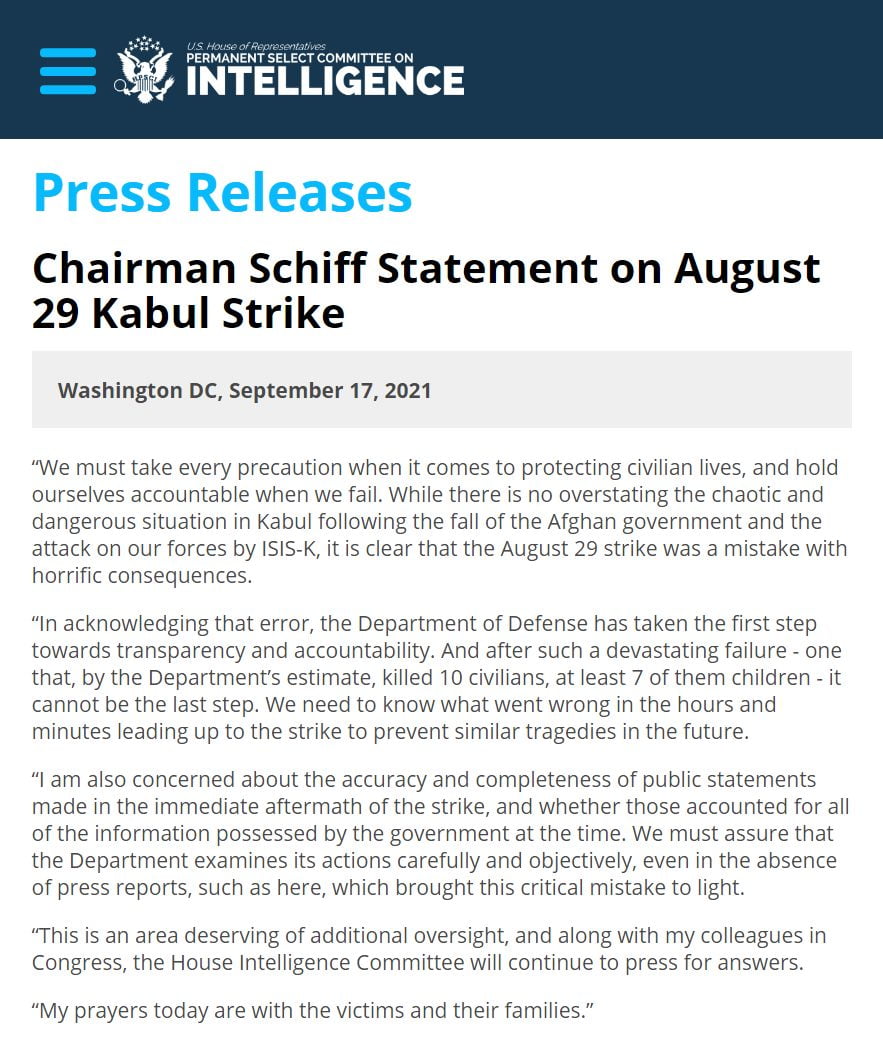 Chairman of the House Intelligence Committee Adam Schiff, who spent four years investigating Trump on fabricated allegations of collusion with Russia, is now looking into investigating Biden for the August 29th Kabul drone strike that killed 10 civilians, an “intelligence failure”, as if US intelligence operations there didn’t routinely kill civilians on a weekly basis for twenty years.

As Chuck Schumer once told Rachel Maddow in January 2017 about Trump before his inauguration, “you take on the intelligence community, they have six ways from Sunday to get back at you.”

Biden made enemies out of allies and should tread carefully. 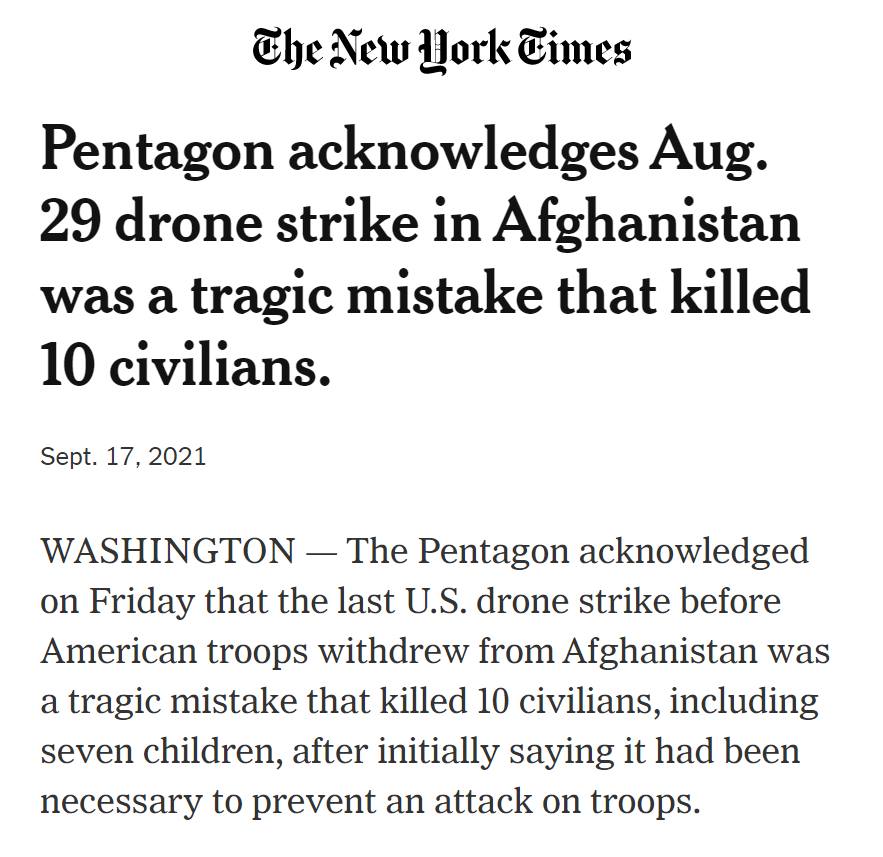 CIA’s favorite paper, the NY Times, putting in this much effort to investigate a routine Pentagon drone strike on civilians. It was an “intelligence failure”, after all.

Americans reacting like they haven’t been killing kids in Afghanistan for 20 years.

If you didn’t want this Taliban government, you should have acted in your interest.