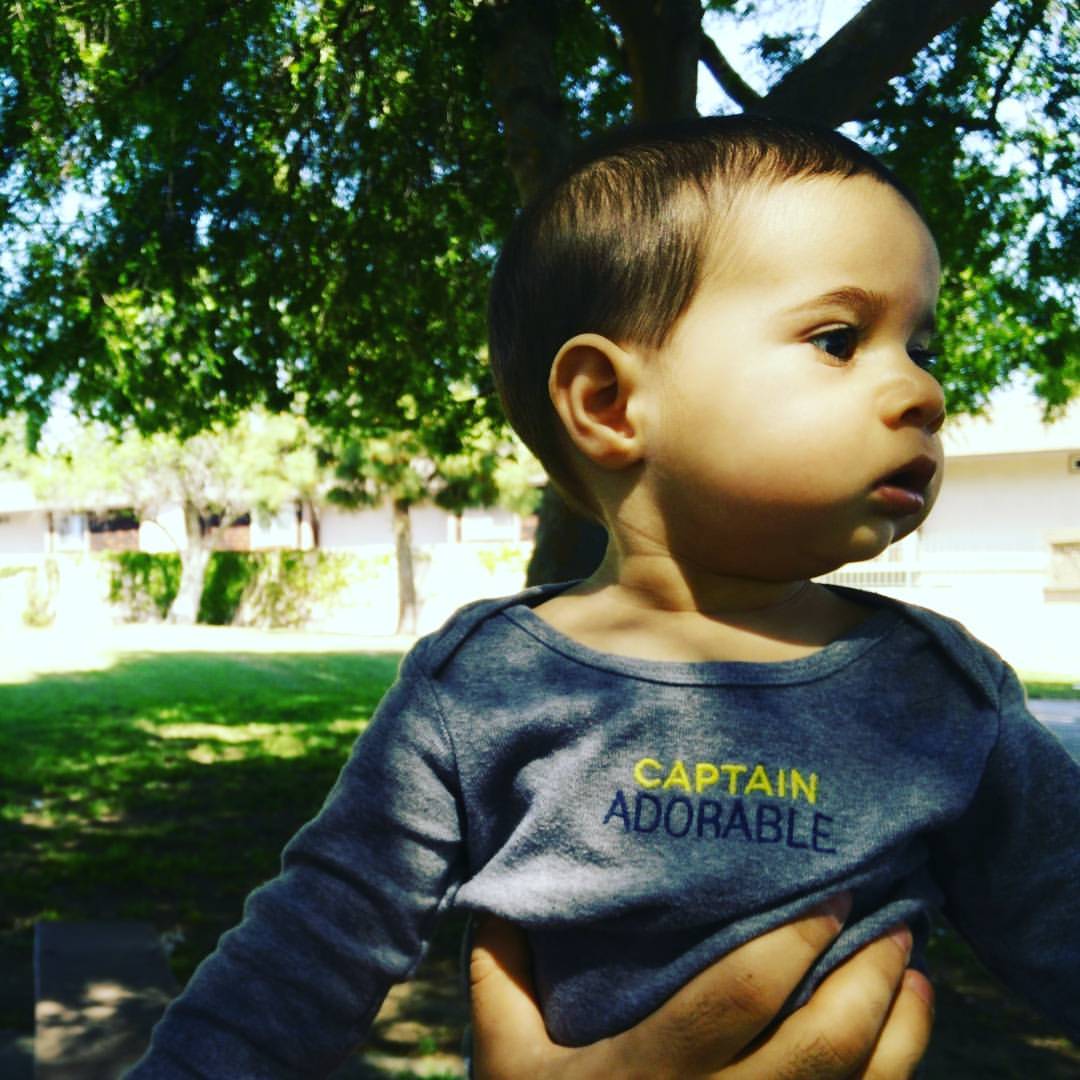 Eren at the park 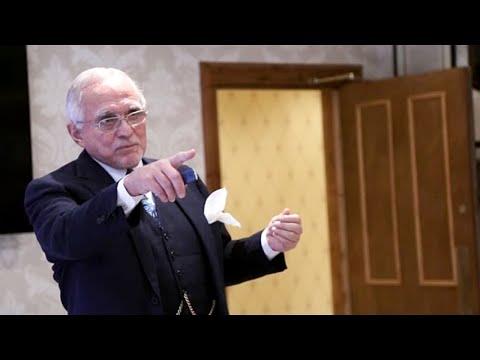 Dan Peña, the 50 Billion Dollar Man, explains why most people are poor and why they remain poor because of society’s conventional wisdom.

I’m almost done with my taxes for 2015. I like to file on time because I want to ensure that my masters gets their “fair share” from the earnings of my labor. I prefer not to be arrested and raped in prison.

Oh I see you rolling your eyes. But is that really such a far stretch?

Frederick Douglass, a former black slave and a leader the abolitionist movement, understood that the purpose of slavery was to rob men of the earnings of their labor; racism was merely a means to achieve that ends. He figured this out without the internet; be ashamed of yourselves.

Douglass even understood that white men were also slaves to the system of slavery; that their labor was also robbed from them by having to compete with the free labor of black slaves.

Equating white slaves with black slaves? Shocking I know!, but what do you expect from a Republican.

But don’t take my word for it; I’ll give you an excerpt from his autobiography.

Both are plundered, and by the same plunderers.

The slave is robbed, by his master, of all his earnings, above what is required for his bare physical necessities; and the white man is robbed by the slave system, of the just results of his labor, because he is flung into competition with a class of laborers who work without wages.”

And then there is also this excerpt.

“I was now getting, as I have said, one dollar and fifty cents per day. I contracted for it; I earned it; it was paid to me; it was rightfully my own; yet, upon each returning Saturday night, I was compelled to deliver every cent of that money to Master Hugh. And why? Not because he earned it, – not because he had any hand in earning it,-not because I owed it to him,-nor because he possessed the slightest shadow of a right to it; but solely because he had the power to compel me to give it up. The right of the grim-visaged pirate upon the high seas is exactly the same.”

So, to conclude, when they, the collective masters, determine for you that you don’t “need” to earn so much from your labor; that it isn’t a “necessity” to let you have your earnings; and proceed to tax or “rob” the “just results” of your “labor”; consider yourself enslaved.

A 30% tax on your income is you working for free for 109.5 days of the year for your master. Think this one through as you file your taxes; slave. 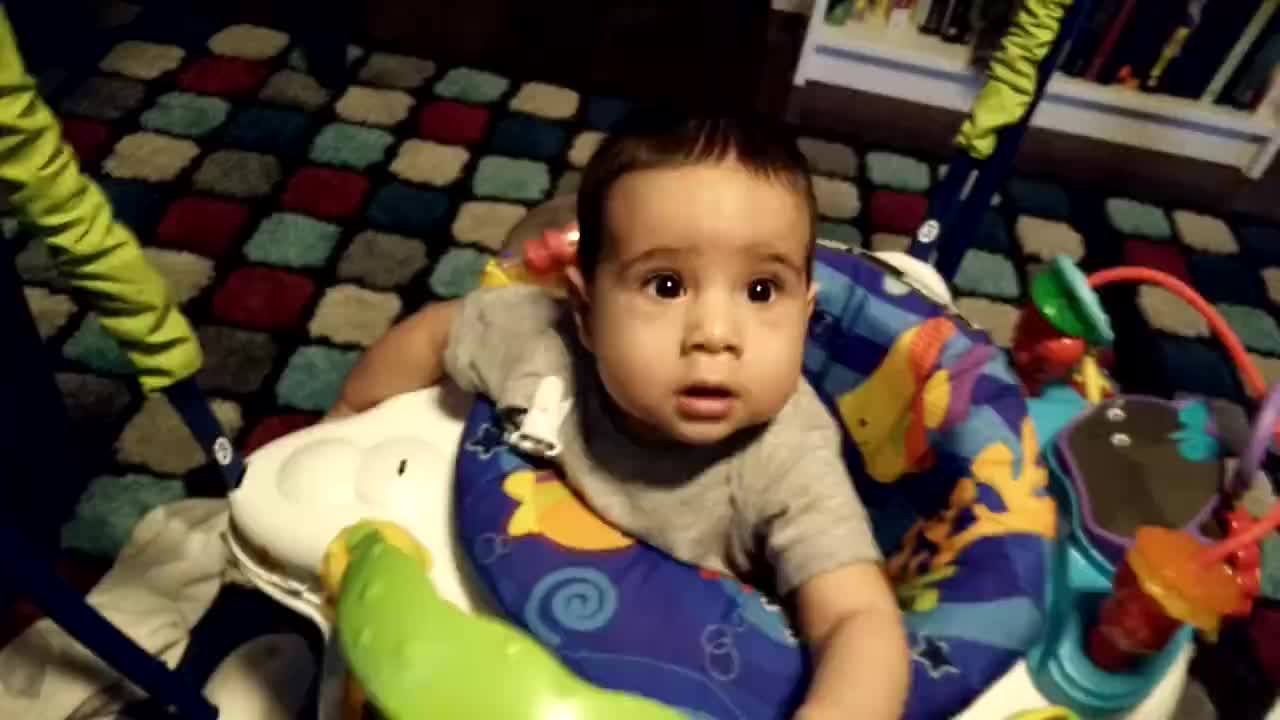 Eren jumping up and down and all around in his Jumperoo

I like Bernie. We all like Bernie. He’s a genuinely nice man. My socialist free milk loving Eren wears his Onesie.

Bernie the “democratic socialist” .. Not to be confused with “authoritarian socialists aka communists” like Stalin .. Bernie is a nice man, he doesn’t want to hold a gun to your head (unless you don’t pay your taxes then he’ll have you arrested).

And of course, then there is Denmark. Denmark is often referenced by Bernie Sanders as his model for “democratic socialism that works”.

But the socialist party in Denmark only controls 7.8% of the Danish parliament[1]. And their social democrat party, their equivalent of our democrats (Hillary that b*tch), only control 26.3% of the parliament, down from 46.4% in 1935[2].

In fact, Denmark once was much more socialist than it is today, but Denmark has been moving away from socialist policies for the better part of the last 80 years. Denmark even has school vouchers for K-12; crazy conservative idea I know.

Yet Bernie Sanders wants us to move towards socialist policies and references Denmark, a relatively capitalistic country ranked as 12th most economically free[3]. The USA is 11th. Hmm. Is Denmark really “a democratic socialist country that works”?

Bernie Sanders says he’s not a communist, nor a socialist, but a “democratic socialist”. Socialism via the ballot box he calls it. But as I pointed out, Denmark is a country where socialists only control 7.8% of parliament – that is hardly socialism at the ballot box. Denmark is a relatively capitalist country in the grand scheme of things[3].

So which are democratic socialist countries where the socialists actually (you know, reality) became the governing party via the ballot box democratically you ask?

Ecuador, Nicaragua, Bolivia, Greece, Peru, Venezuela, Northern Ireland, and Brazil[4] — governing socialist majorities, coincidentally all examples of dysfunctional economies which we denounce as the “other” socialism; you know, not the crazy communist stalinist one where people die, but the “other” poverty one that would never happen to us.

But they are exactly that .. countries where “democratically elected” governing socialists have removed “profit” and “capitalism” from the equation. Isn’t that the point of socialism? To get rid of greedy corporations and empower the collective workers? Isn’t that the real model that Bernie Sanders is expressing when he references Denmark? A not for profit economy?

So you may think that socialism in Denmark works, but it doesn’t work. It is the other way around; Denmark works despite it’s existing socialist programs (a drag on the economy) because socialists aren’t the governing party and only control 7.8% of the parliament. Market liberals (greedy capitalist pigs) in Denmark have greater influence and have limited or rolled back (and continue to do so) it’s socialist agenda within Denmark (the 12th freest economy in the world) and therefore can afford a few socialist mistakes (not too many though).

But Bernie Sanders denounced capitalism (which pays for socialist policies) and wants us to move towards socialism. Given our corrupt Donald Trump loving culture, corporate and lobbyist influence, etc., are you sure we’ll end up at Denmark and not Venezuela?

Well, look at the bright side, at least Bernie is not a nation building murderous maniac like Hillary Clinton with her 250k+ dead Syrians, and 4 million+ refugees .. 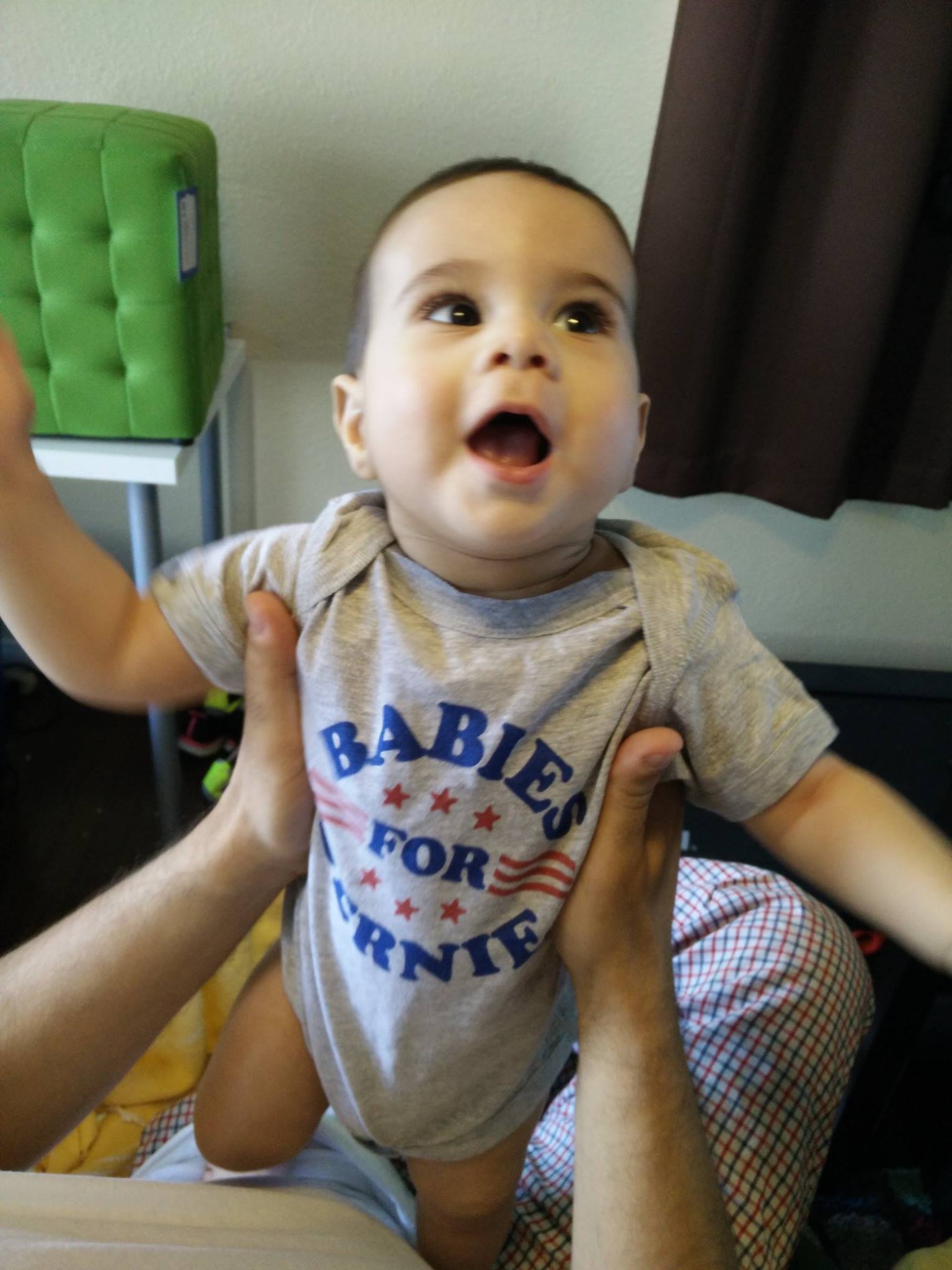 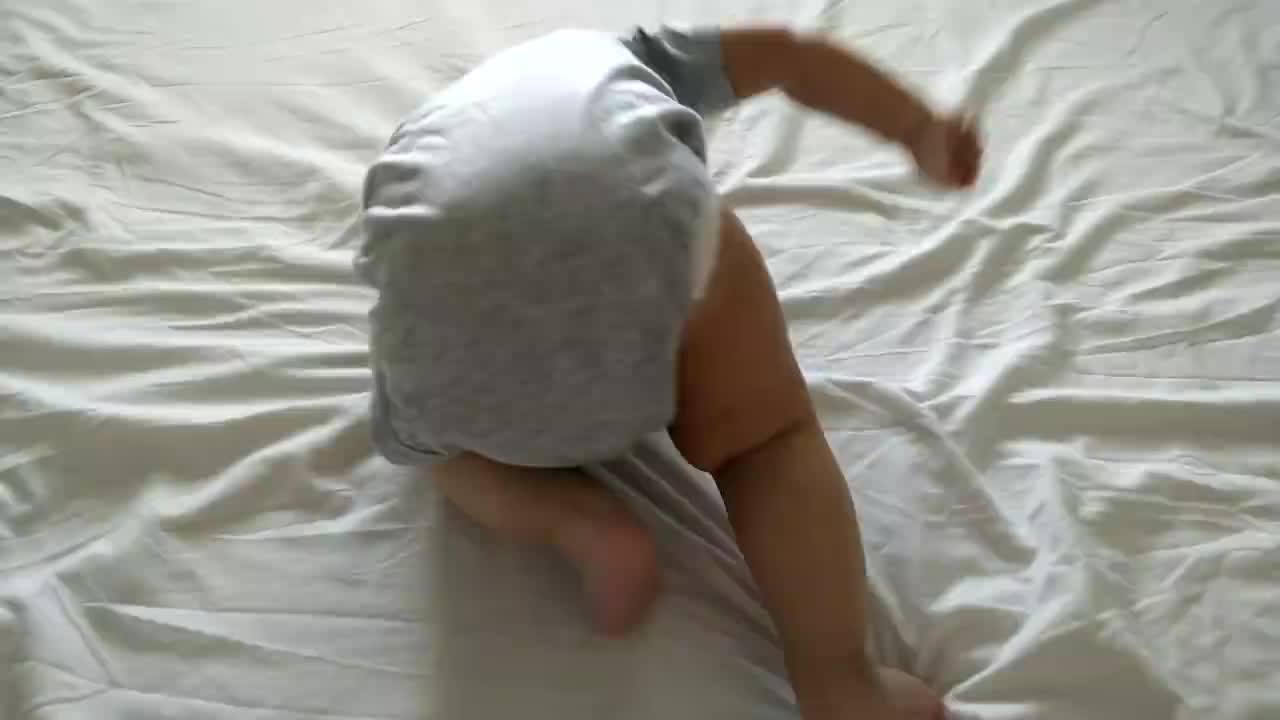 Eren is so excited about his new Bernie Sanders onesie .. More free stuff !!! 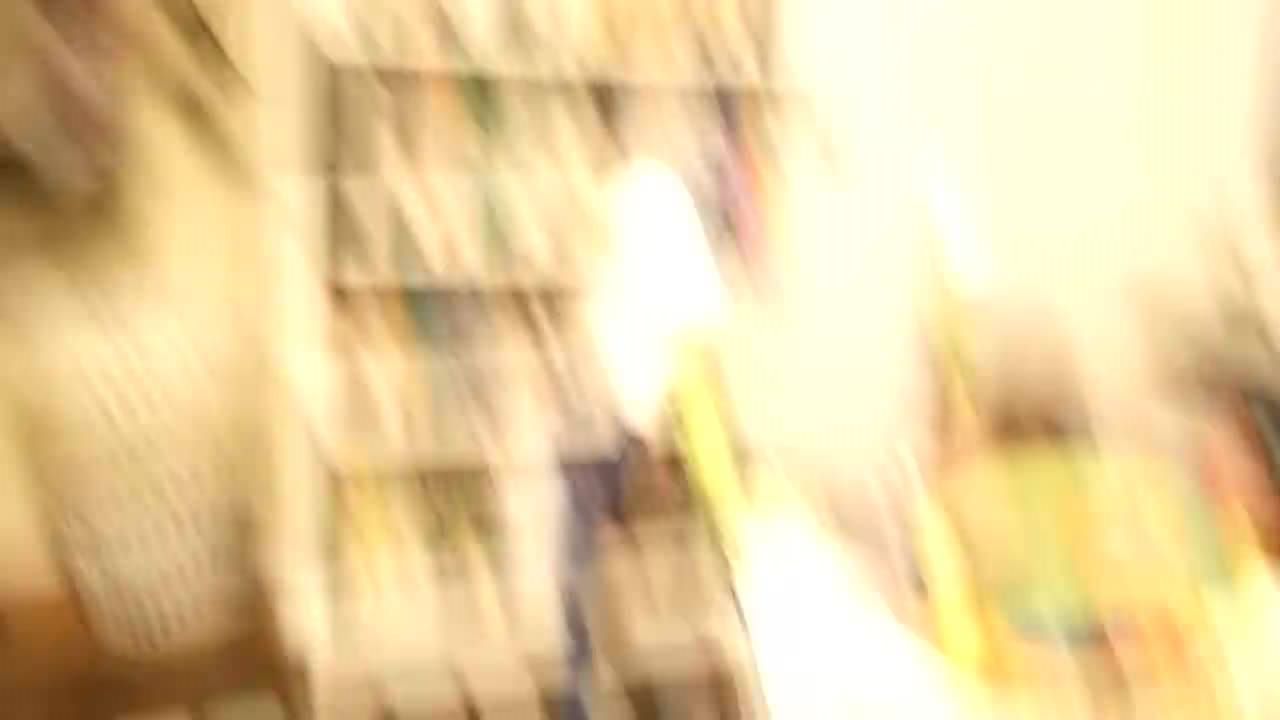 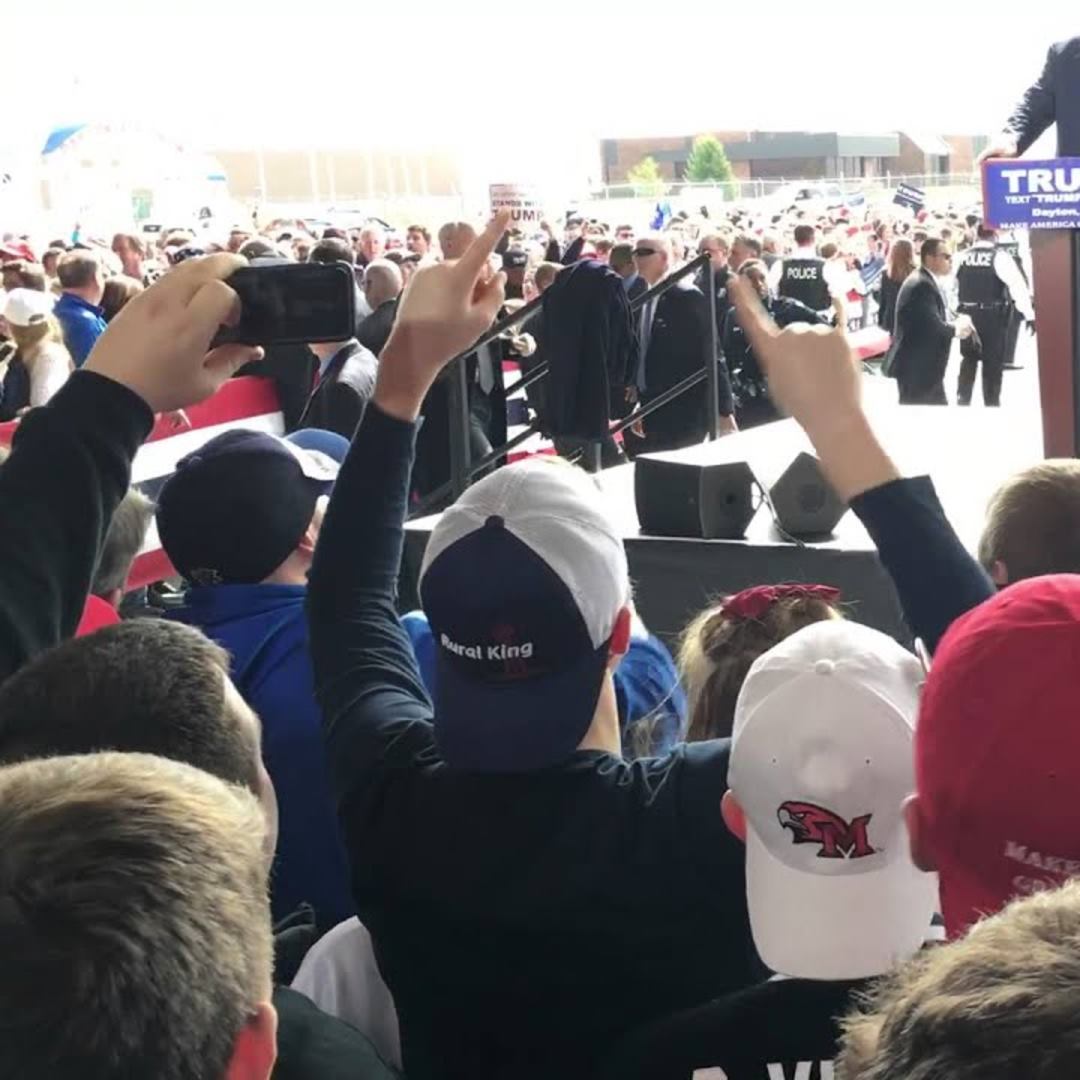 Bernie Sanders should disavow these violent protesters .. Violence has no place at campaign rallies ..

And attempted attack on Donald Trump during rally at hanger at Dayton international airport.