Request to be excused from Jury service approved. They don’t want me anyway.

Biden considering mandatory vaccination for US military. I hope he does it.

Kids as young as 6 months are taking part in vaccine trials with parental consent.

Biden is restricting travel from India, likely because he’s xenophobic and racist. 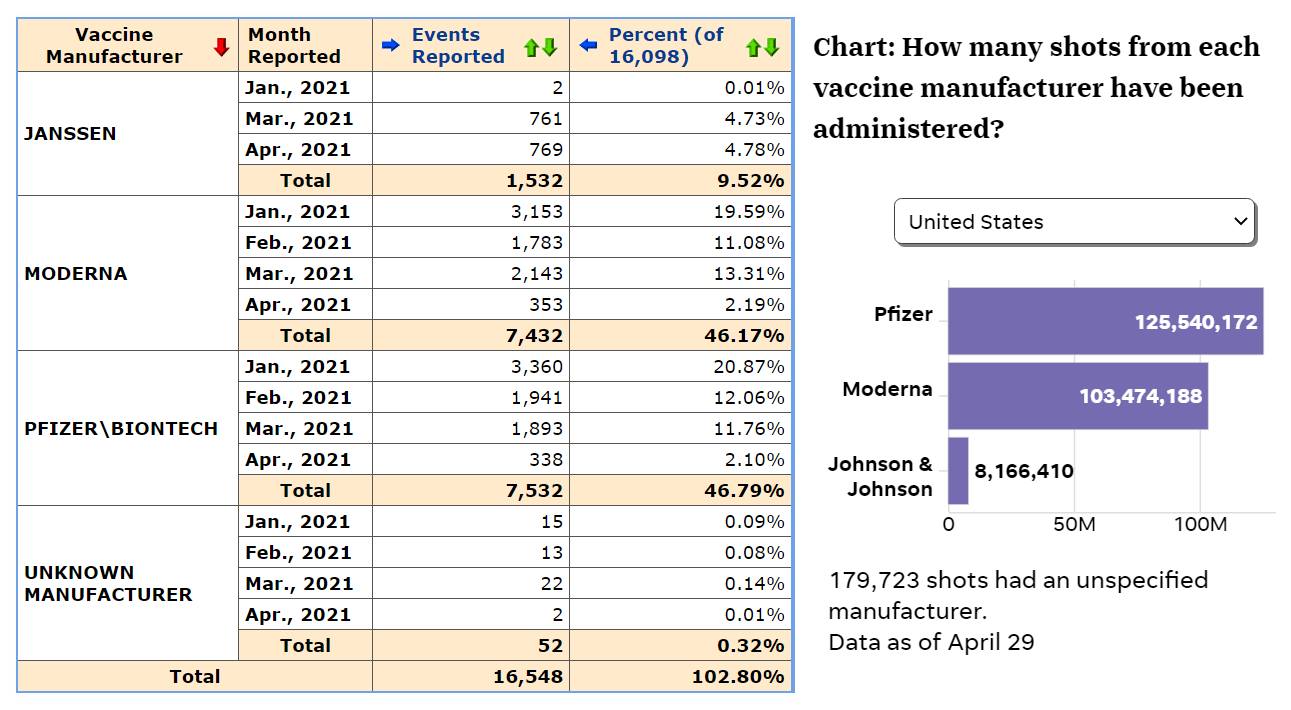 So now that almost 50% of Americans have received at least one COVID-19 shot and 30% are fully vaccinated, it’s worth looking at CDC VAERS adverse event reporting for instances of death, life threatening, permanent disability, hospitalized, and emergency room that have been collected thus far to compare the real world safety profiles for the different vaccines.

One thing to keep in mind before continuing is that VAERS is a voluntary reporting system, so the data is only as complete as what’s being reported, meaning there may be additional cases that went unreported.

In any case, at first glance it appears as if Johnson and Johnson is safer as it has less adverse events overall, but it was not only late to the party but had less doses administered overall. In the current month of April, Johnson and Johnson triggered more than double the adverse events Pfizer and Moderna triggered, with far fewer doses administered.

Total adverse events reported over total shots in arms comes out to the following.

Pfizer is the safest, followed by Moderna.

With three times as many adverse events per doses reported as Pfizer, Johnson and Johnson is the least safe, which is that much more fascinating, considering Johnson and Johnson was supposed to the the single shot non-mRNA that wasn’t going to turn you into a Zombie like the experimental mRNA ones will.

If you’re in the market for a vaccine, but aren’t sure which one to get, to minimize your risk, these numbers suggest staying away from Johnson and Johnson.

The last thing worth mentioning is that there is another vaccine candidate called Novavax coming up soon which includes neither mRNA nor an adenoviral vector, and includes only a spike protein with an adjuvant. Will it be safer than Pfizer? I can’t say. Maybe the devil you know is better than the one you don’t, who knows.

I guess in the interest of full disclosure, I should also mention that these numbers, while seemingly low, are all higher than for annual flu vaccines.

Good luck, and have fun.

Democrats failed to get a TRO for Arizona audit, now asking DOJ to intervene instead.

Lol, shut the fuck up. This place is cancer anyway. 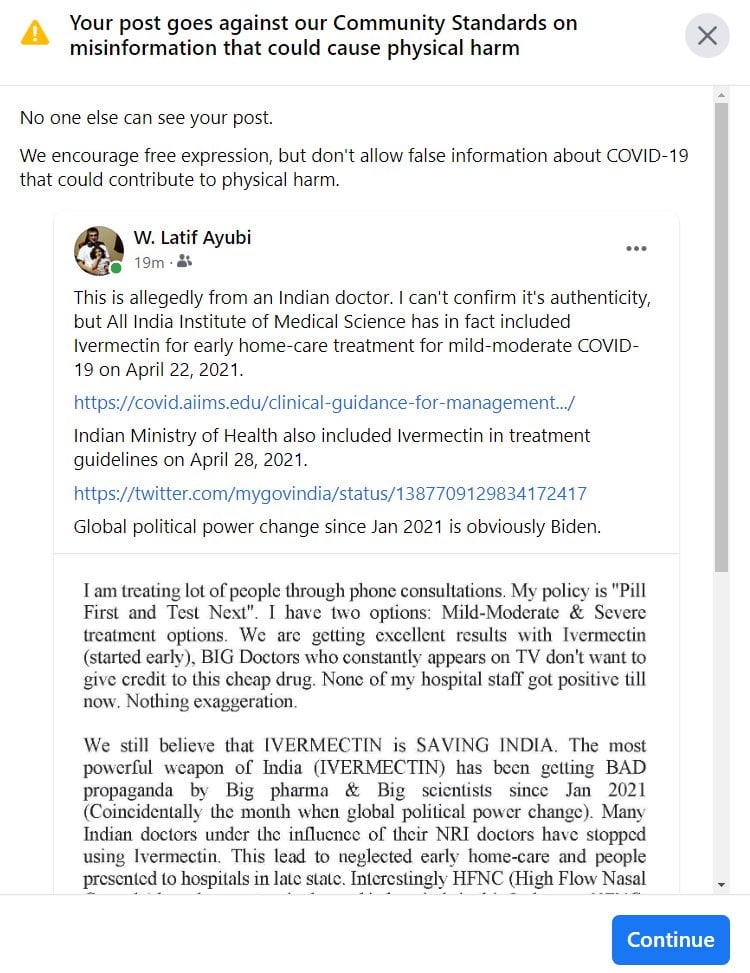 The Ministry of Truth didn’t allow me to post this. 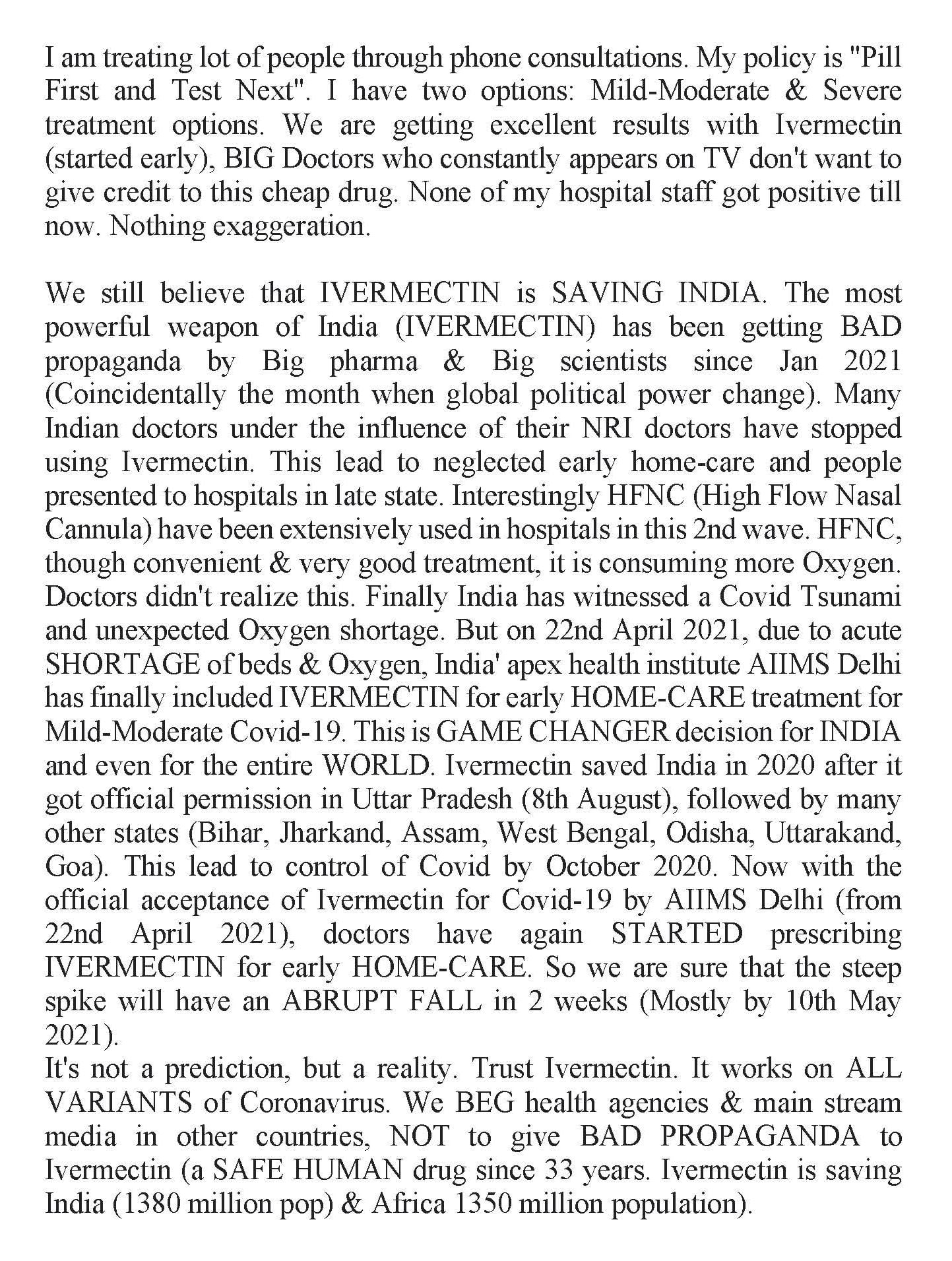 Here’s the letter, and the links.

Here are the revised guidelines issued by @MoHFW_India for Home Isolation of mild and asymptomatic COVID-19 cases. #IndiaFightsCorona https://t.co/6DLscIYaWH pic.twitter.com/eWfPuSyYtq

Cops are the enforcement wing of government. You want regulations, they enforce them.