Lol, only 7,783 cases. This was my first post on the Wuhan coronavirus. China had nothing under control.

Total deaths are still greater than total recovered. Total cases continue to grow at the same rate. China has nothing under control.

Closed out BB today. Distributed between GME and AMC. I’m now one of the cool kids. 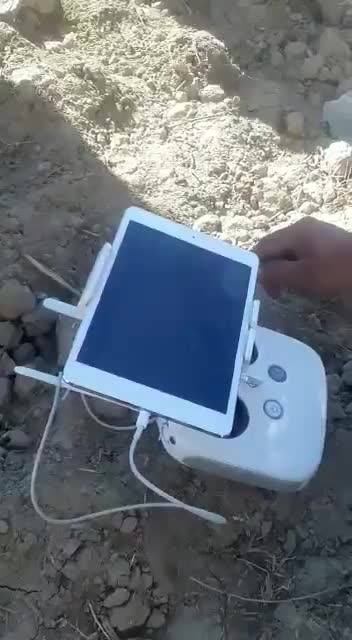 Taliban rigging a drone with explosives to drop on targets below. 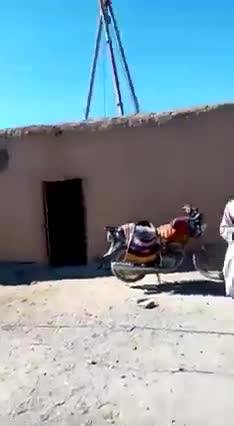 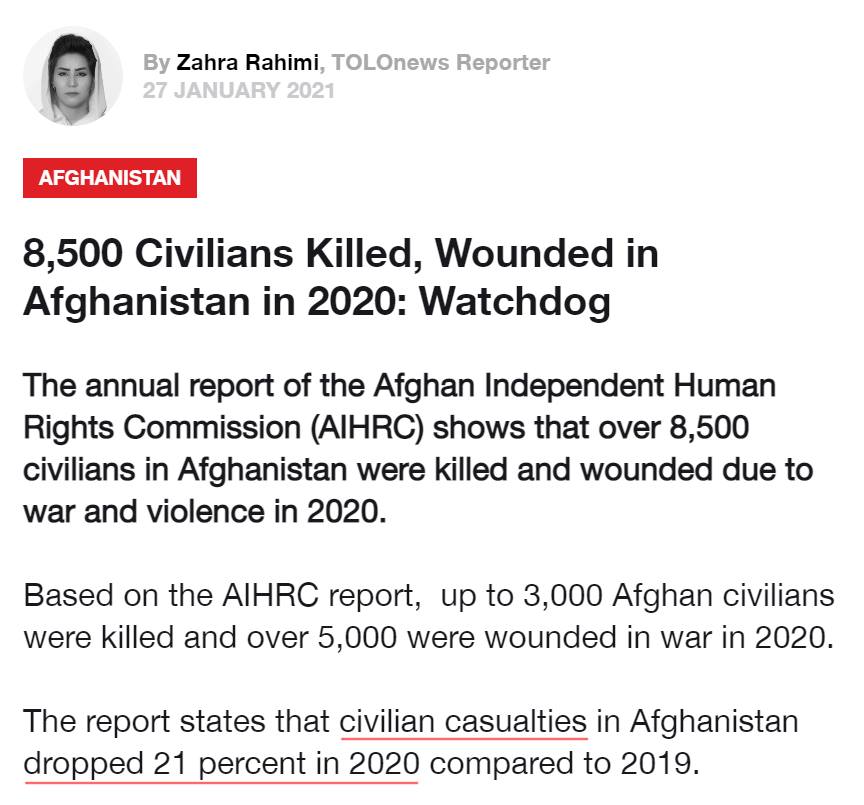 People with vested interests and the dramatic continue to point to the level of violence in Afghanistan in 2020 as evidence that the peace process is not working. The Biden administration is now using that argument to throw wrenches into the process.

While no one should be satisfied with any level of violence, what people with agendas continue to fail to mention is that the level of violence in 2020, while high, dropped 21% compared to 2019. That is an improvement over what preceded it.

Peace processes are messy as power players jockey for position to assert leverage over one another. That became even more true after Trump lost the election as it became apparent to the Taliban that they lost a major piece on the board, hence the uptick in violence in anticipation of a Biden administration.

If Biden wants the US to remain in Afghanistan, he’ll add time to the board, but it will end the same, albeit more slowly and with additional violence. I hope he’s smarter than that.

Biden administration won’t commit to drawdown of US troops from Afghanistan by May.

Oops, I think I might be invested in hedge funds. 😬