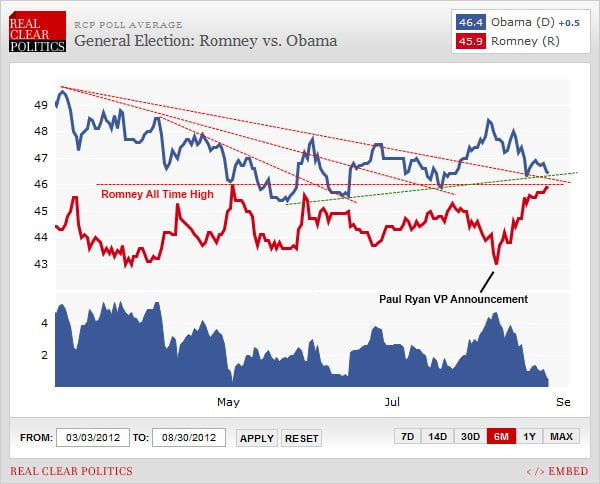 Its now or never for Romney. There are 2 months left until the election; that doesn’t give him enough time to recover from another downward oscillation.

The best thing Romney did is pick Paul Ryan as his VP pick: it changed his short term trend and gave him tremendous momentum to the upside. He is now potentially days away from breaking his all time high, which he has must do, period.

Obama wasted all his time attacking Romney’s wealth and success. That was a distraction and did nothing for Obama; that led him lower. Obama is nowhere near his all time high (though he is in a better position than Romney). Obama’s message is awful; his primary benefit at this point is that he’s the incumbent and people generally avoid change. For Obama to break Romney, he has to break Paul Ryan.

Remember, the swing vote isn’t conservative or liberal; so ideological appeal is irrelevant.

The odds are in Obama’s favor, but I wouldn’t bet just yet.

Raving In The Light Of The Third Millennium Language About The Unspeakable Maui, Hawaii, February 1994 Firstly, many thanks to Kevin Esbensen for making this…

A good resource for calculating / planning out medical costs for anyone that’s interested. 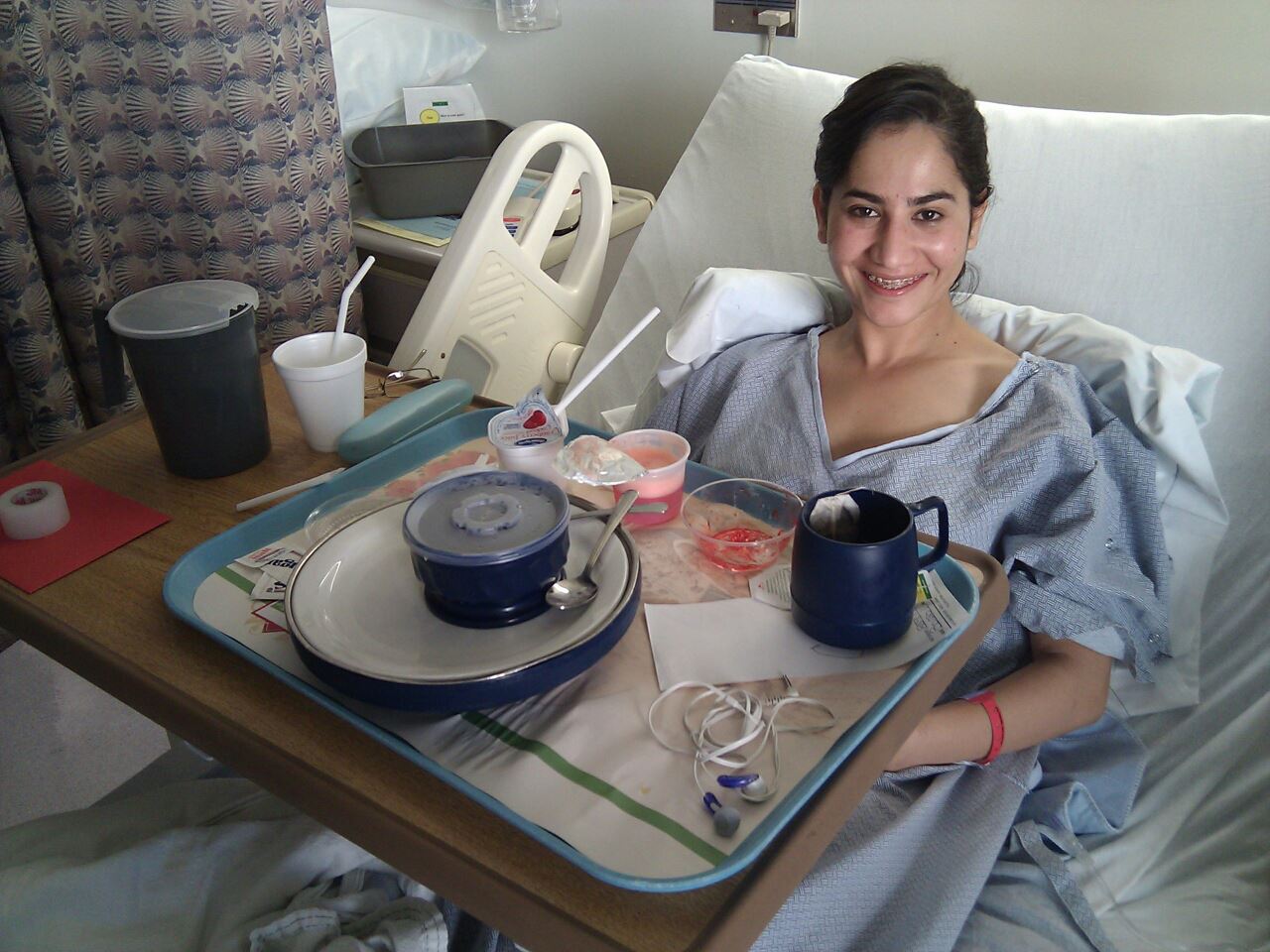 What I listen to whenever I feel depressed; depression era music — naturally.

Something fun to watch if you have two hours to burn :S

Terence McKenna – “Evolving Times” 1995 NOTE: The ending is cut a couple minutes short because the camera ran out of film.

Good pick, I’m happy again. This means Romney wants to give the message that he is going to take fiscal discipline seriously; which is what independents have been griping about the whole time. (Whether he will is another story of course).

NORFOLK, Va. (AP) — Republican presidential candidate Mitt Romney has picked Wisconsin congressman Paul Ryan to be his running mate, according to a Republican with knowledge of the development. They will appear together Saturday in Norfolk, Va., at the start of a four-state bus tour to int…