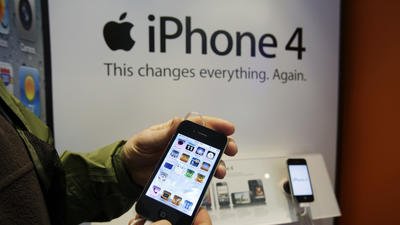 Oh that’s right, they’re the government … Breaking laws that they so desperately attempt to convince the public are not only justified but ethical …

In a rare step, the White House on Saturday overturned a decision by a trade agency that would have banned Apple from importing several of its older products.