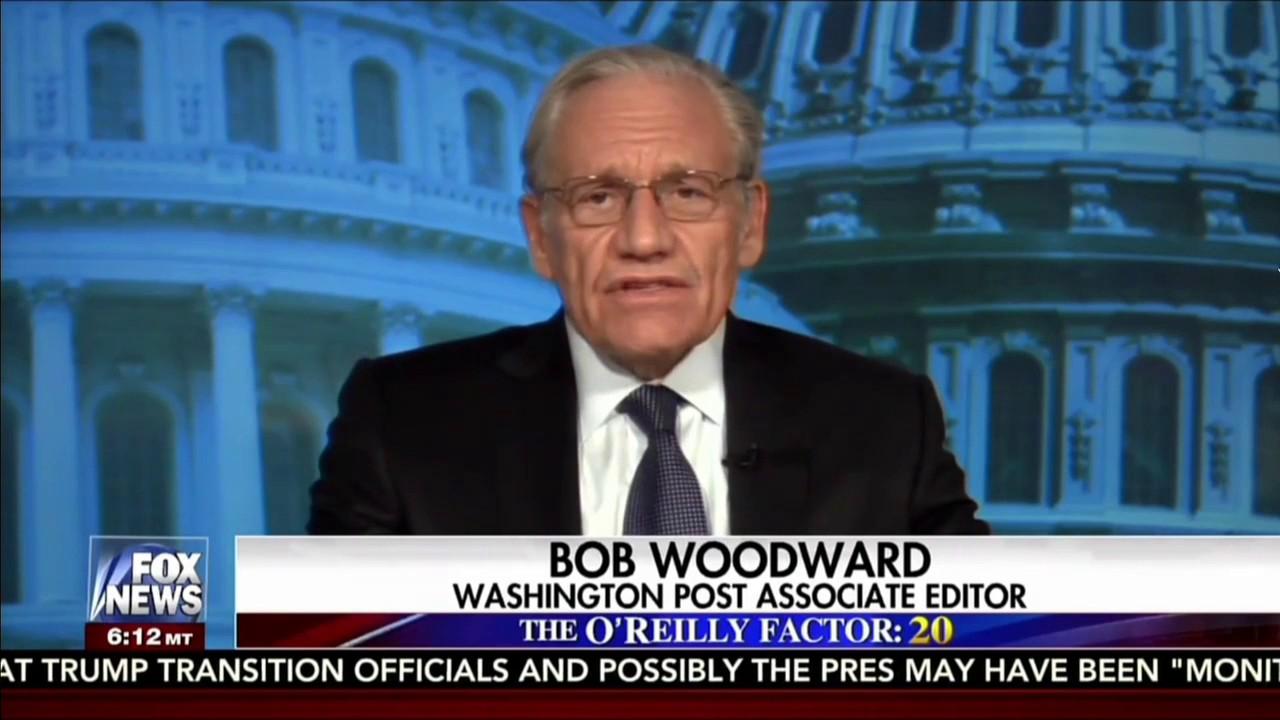 Woodward was one of the lead reporters on Nixon’s Watergate scandal.

“I think if true, is a gross violation.”

“Apparently what has happened here is a couple of diplomats who can be legitimately wiretapped were talking about meeting with Trump or people on his transition team.”

“You can learn all kinds of things from diplomats gossiping, because that’s what occurs. Under the rules, and they are pretty strict, it’s called minimization. You don’t name the American person who is being discussed.”

“There are 20 people in the intelligence community for intelligence reasons can say ‘ok we need to unmask or take the minimization off of these names’.”

“It’s not what Trump said, but this could be criminal on the part of people who decided ‘oh let’s name these people’.”

Bob Woodward: Nunes Could Have Evidence Of “Gross Violation … Could Be Criminal” (March 22, 2017)