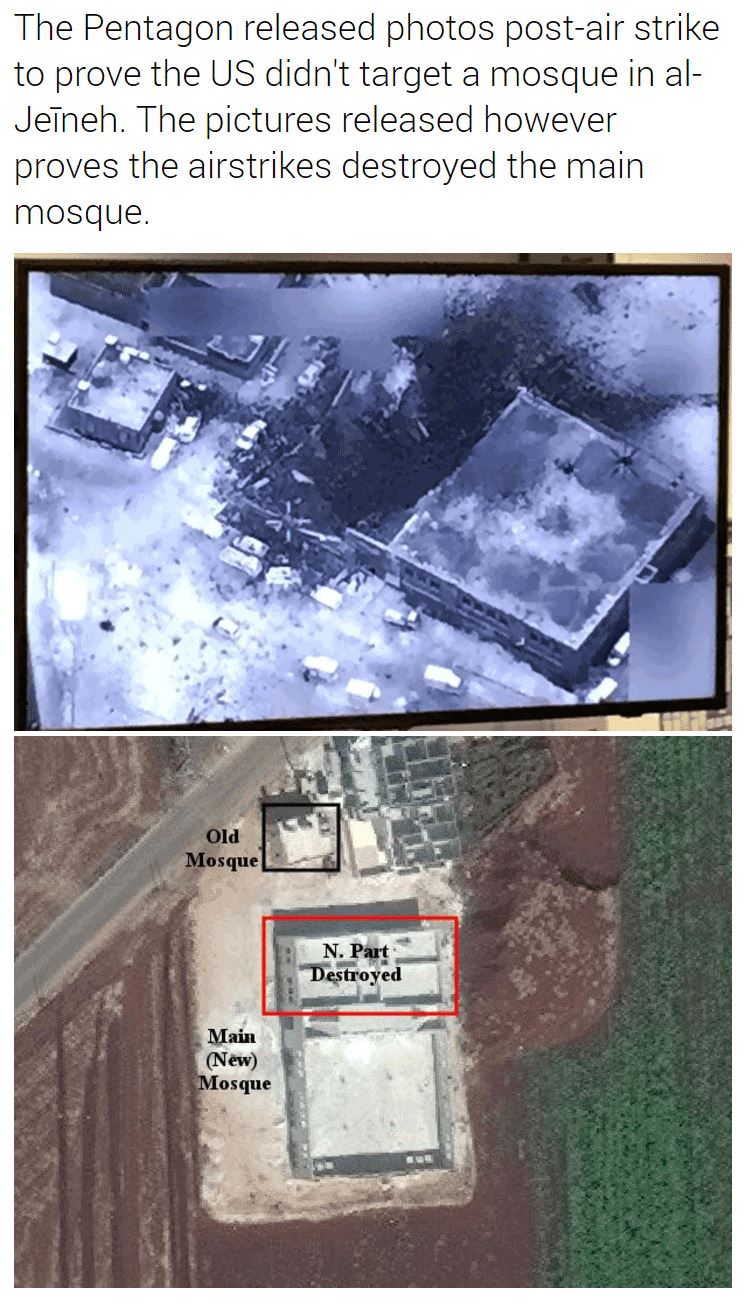 “US admits Syria airstrike that killed 46 but denies targeting mosque” .. ““We did not target a mosque, but the building that we did target – which was where the meeting took place – is about 50ft (15 metres) from a mosque that is still standing,” said Col John J Thomas, spokesman for US Central Command.”