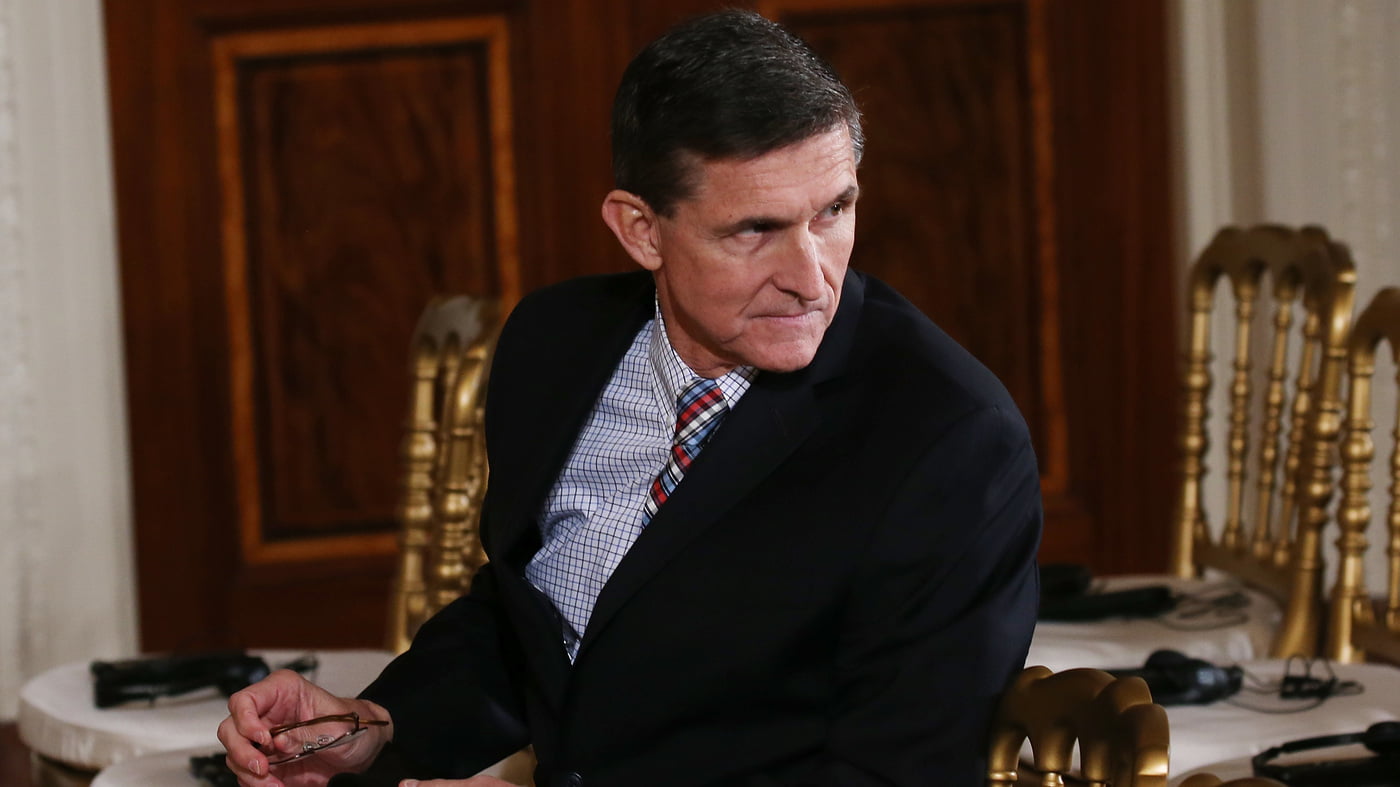 The “He’s secretly working for the Russians” story is, once again, nonsense, peddled by anonymous intelligence officials attempting to undermine Trump and subsequently corrected by the intelligence community to save face .. Just like when the director of national intelligence publicly debunked the “golden showers” story .. There is no *substantiated* and *evidenced* Russia connection ..

Allegations and conjecture, without any evidence, are NOT leaks ..

The only evidence leaked here is that Flynn “may have” violated the Logan Act .. Whoopdeedoo .. Both Obama and Hillary spoke with the Russians in 2008 after Russia “invaded” South Ossetia (the famous reset) .. And again in 2012 caught on video ..

“A current U.S. intelligence official tells NPR’s Mary Louise Kelly that there is no evidence of criminal wrongdoing in the transcripts of former National Security Adviser Michael Flynn’s conversations with Russian Ambassador Sergey Kislyak, although the official noted that doesn’t rule out the possibility of illegal actions.”

“The official also says that there are recordings as well as transcripts of the calls, and that the transcripts don’t suggest Flynn was acting under orders in his conversations.”

“Depending on the content of the conversations, Flynn could have violated a law called the Logan Act, which bars a private individual from conducting foreign policy without the permission of the U.S. government.”

“The intelligence official who has personally seen the transcripts told Mary Louise they contained “no evidence” of criminal wrongdoing, although the official said it can’t be definitively ruled out.”

“The official also said there was “absolutely nothing” in the transcripts that suggests Flynn was acting under instructions “or that the trail leads higher.””

“”I don’t think [Flynn] knew he was doing anything wrong,” the official said. “Flynn talked about sanctions, but no specific promises were made. Flynn was speaking more in general ‘maybe we’ll take a look at this going forward’ terms.””

A U.S. intelligence official tells NPR there are both transcripts and recordings of Michael Flynn’s calls with the Russian ambassador and that they don’t suggest he was acting under instructions.