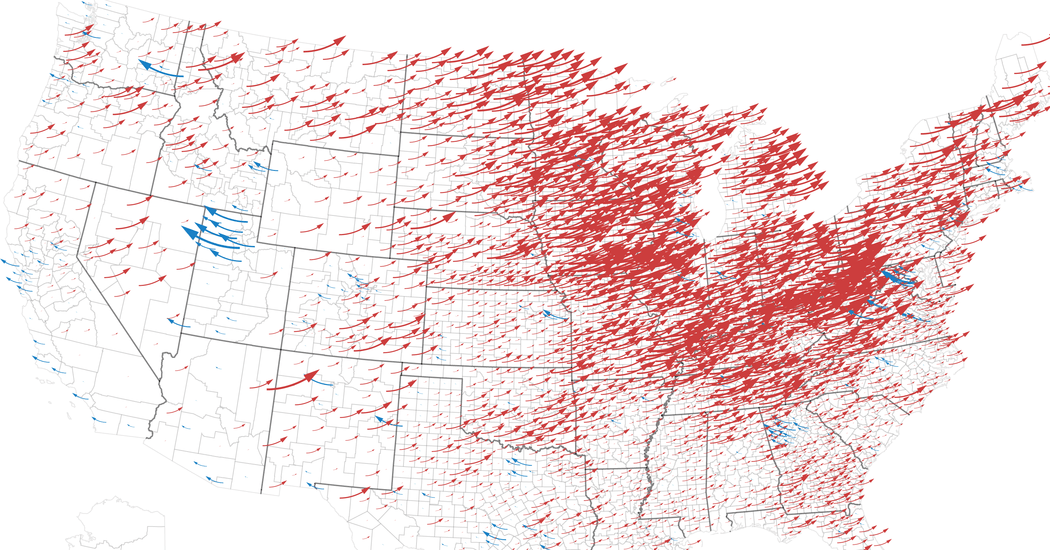 It doesn’t matter how big of a popular vote lead Hillary had .. She knew going into it that the election would be won in the electoral college and not in the court of public opinion ..

Her giant lead in California doesn’t demonstrate how well she did; quite the opposite .. It demonstrates how enormous the flawed strategy that she pursued really was ..

Trump pursued a winning strategy .. Had it been a popular vote system, he would have pursued a different strategy ..

This just demonstrates once more that Hillary has bad judgement and wasn’t qualified to lead ..

“His most significant support came from counties in the industrial Midwest where whites without a college education are the majority.”

How Trump Reshaped the Election Map

Donald J. Trump made good on his strategy of stoking the enthusiasm of white voters to defeat Hillary Clinton.