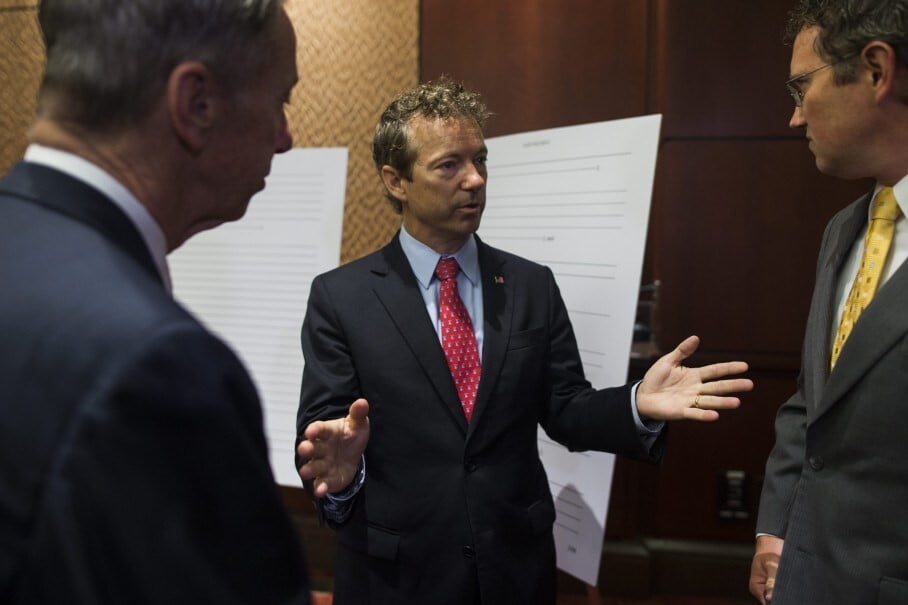 “Sen. Rand Paul (R-Ky.), fresh off a fight over the Patriot Act, has turned his attention to another national security battle: declassifying 28 pages of a 2002 Senate inquiry into the cause of the Sept. 11, 2001 attacks.”

“The issue is a politically charged one, with some claiming the pages will show that Saudi Arabia financed the attacks.”

“he does not yet intend to exercise his ability to read the pages on the Senate floor yet, saying he will try “normal legislative procedure” first”