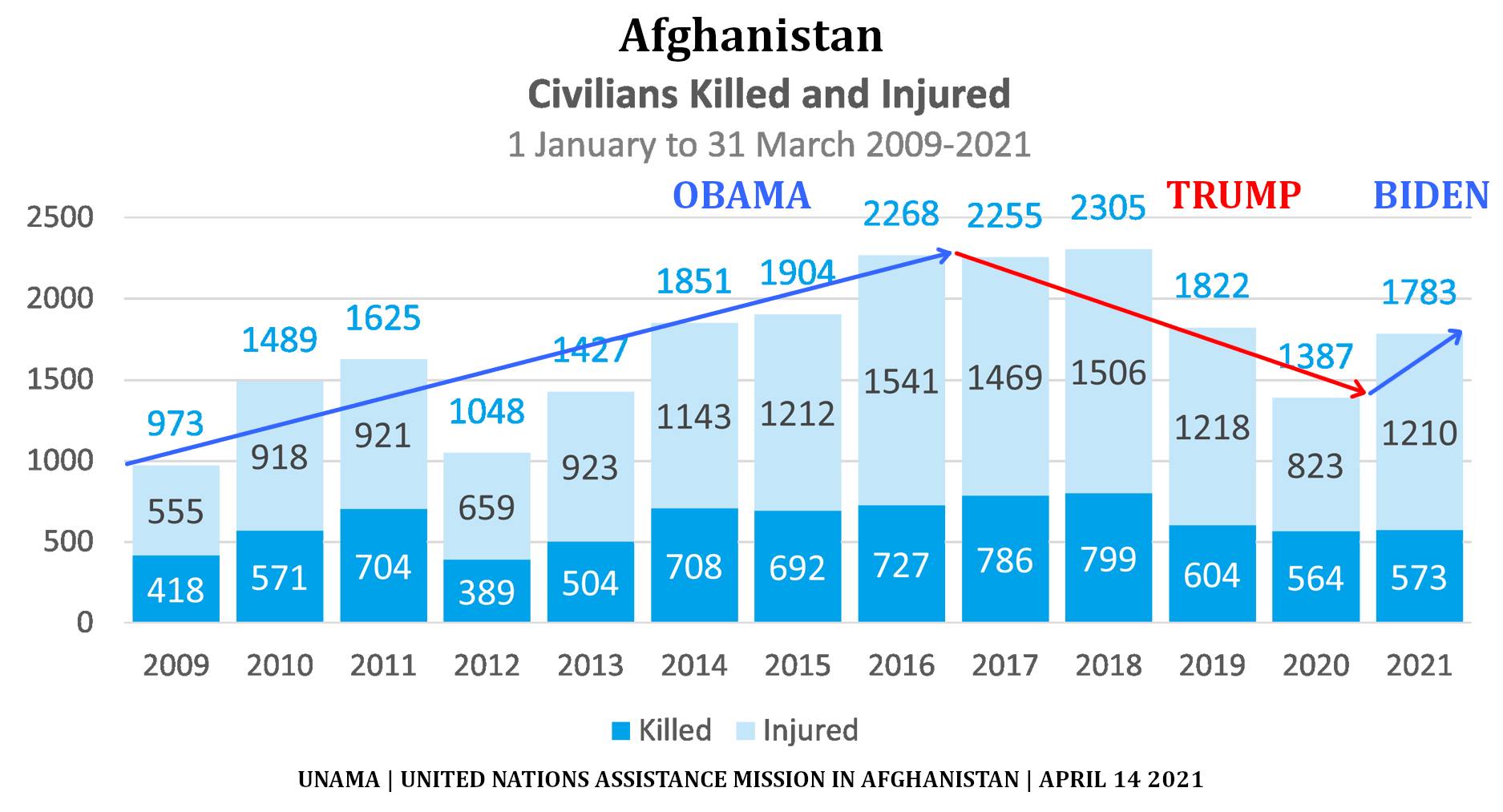 Civilians killed and injured in Afghanistan under Obama, Trump and Biden for first quarter of each year, covering the period between January 1st and March 31st.

UNAMA still hasn’t published the year to second quarter numbers, but the year to first quarter numbers covering the period after inauguration and before the ignored May withdrawal deadline shows an increase in civilian casualties.

This does not yet reflect the Taliban offensive that began in earnest about a month or so ago, which the year to second quarter numbers would only reflect in part as well at the tail end.

Biden’s record, at least the early part of it, will reflect (and possibly exceed) his BFF Obama’s record. It’s amazing what people can get away with so long as they wrap it in a grotesque smile.