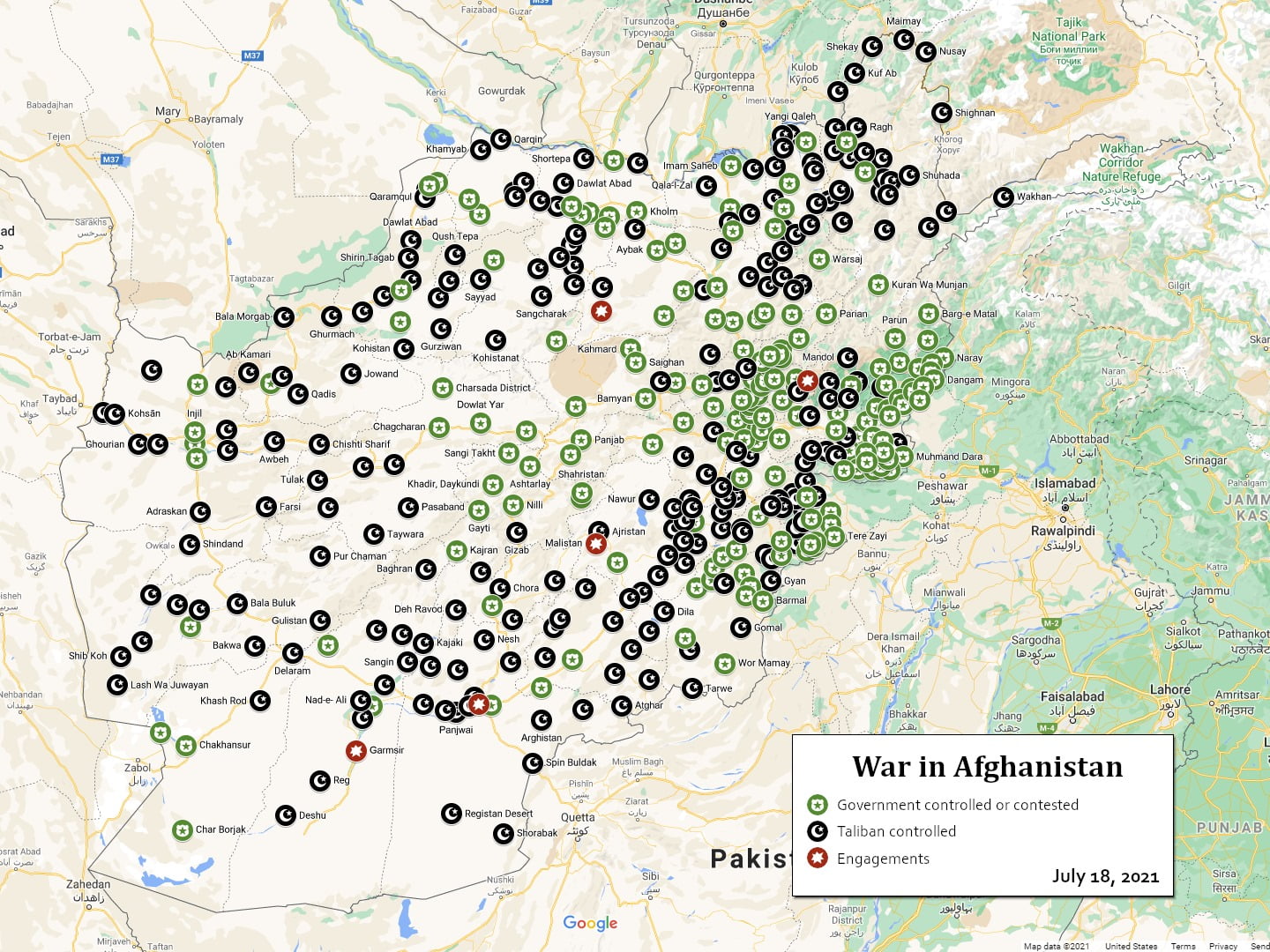 Little changed during this time period. The government retook a few districts, and the Taliban took a few other districts. The big development this time is that the Taliban are taking police districts within Kandahar city after taking both Arghandab and Dand in Kandahar province.

I haven’t seen any updates for many of the engagements from weeks ago, so I decided to apportion them to either the Taliban or the Government based on who had the last claim, momentum in the area, what others who are following the conflict believe, and so forth.

As I said, the government made an effort and retook a few districts, and of course wasted no time to celebrate their victories, but that was more a result of the Taliban taking a break for Eid and pending results from Doha. Though the Taliban are not officially recognizing a ceasefire, with some exceptions, their level of effort dropped over the past week, and I’m afraid the government is taking that to mean that it’s doing much better. I’m not as convinced, but we’ll see.