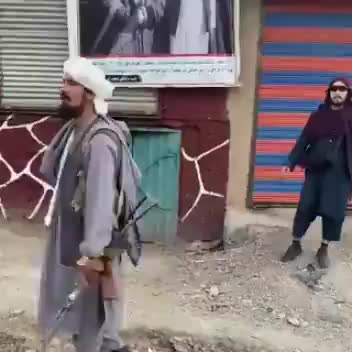 They’re tearing down Ahmad Shah Masood’s picture because they’re itching for a fight and the government isn’t giving it to them. What is it doing instead?