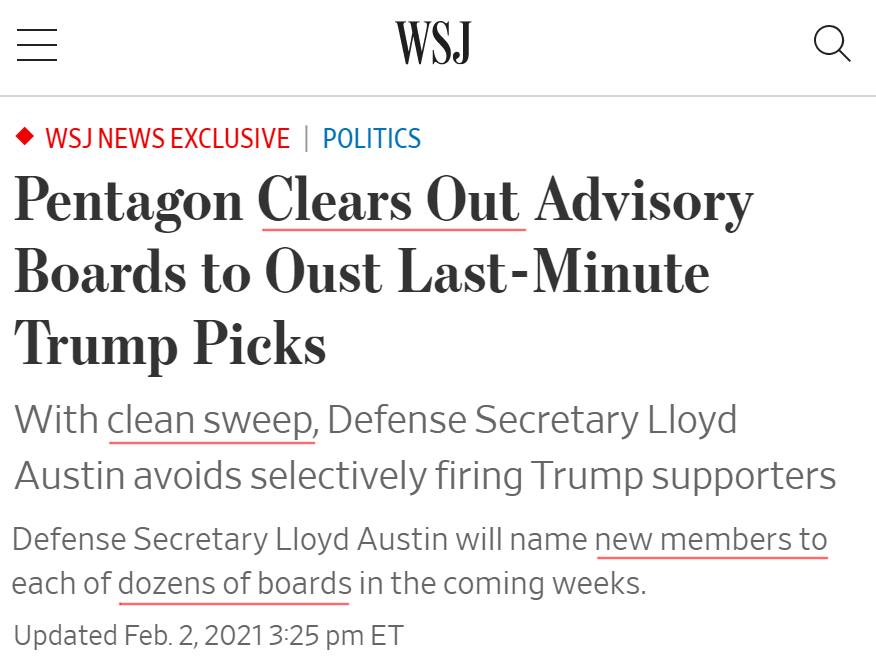 Trump was literally Hitler because he fired a few holdovers from the Obama administration, many of whom were involved in the political surveillance of his campaign. Biden’s Defense Secretary meanwhile fires all members across dozens of defense advisory boards and that’s Democracy. Business as usual.

I’ve said it before, Trump was much too nice. He talked a good game, but hardly followed up with action, a disappointment in that respect.

This is precedent, so the next time, we’re going scorched earth.