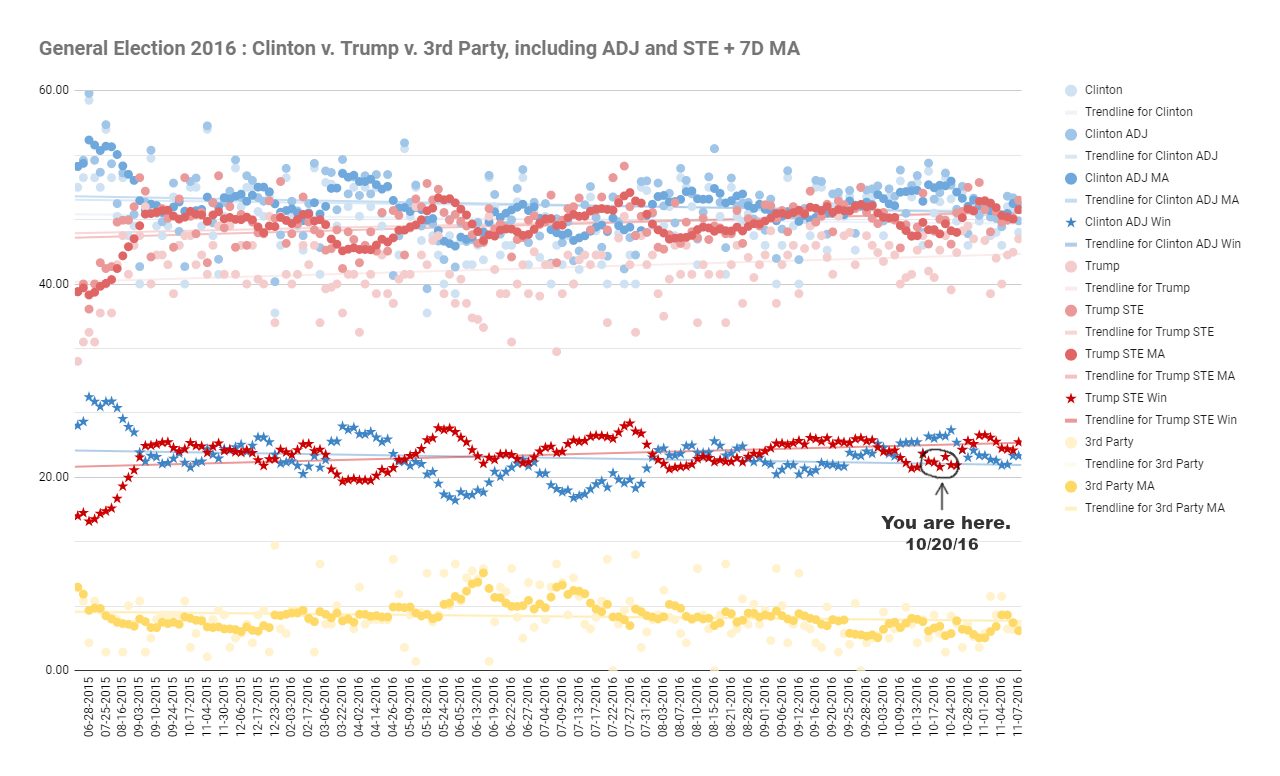 Thought I’d share my chart from 2016 again for comparison.

At this point in time in 2016, Trump was recovering from his low after the Hollywood Access tape was leaked on October 7th. If the election were held at that point, Trump would have lost. By October 26th, however, Trump had rallied back into the lead, and he won.

This time Trump is recovering from his low after he announced that he contracted COVID-19 on October 1st. Likewise, his numbers are beginning to turn back around.

Trump is a closer, so by next week, with Joe Biden still hiding from the Hunter Biden email drama, and Trump holding multiple rallies every day, I expect his numbers to rise again.