CIA briefed Obama on a plan by Hillary to tie Trump to Russia in order to draw attention away from her private email server. Obama continued to push this agenda after Hillary lost.

“We’re getting additional insight into Russian activities from [REDACTED]. CITE [summarizing] alleged approved by Hillary Clinton a proposal from one of her foreign policy advisers to vilify Donald Trump by stirring up a scandal claiming interference by the Russian security service” – CIA Director John Brennan. 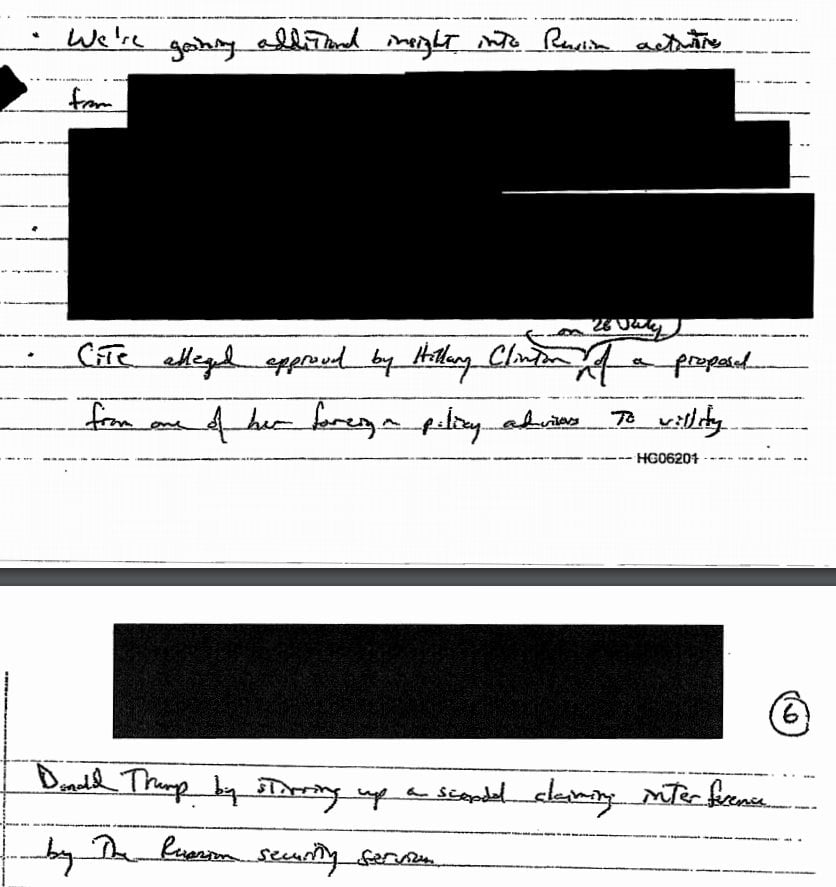