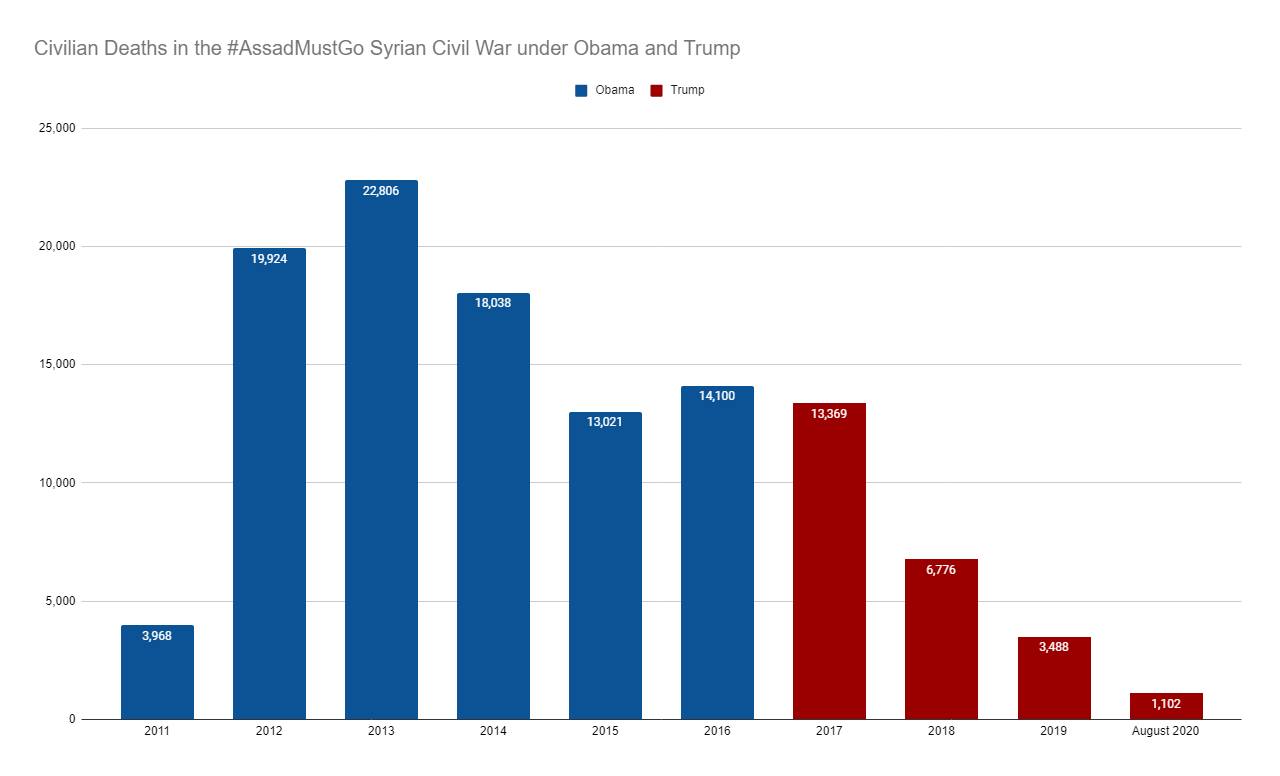 Civilian Deaths in the Syrian Civil War under Obama and Trump.

Perhaps you recall the outrage you felt a few years ago about people dying in Aleppo. Well, it’s been a while since we’ve heard anything about Syria, and for good reason.

Civilian deaths have quickly declined over the last few years since Trump took over from Obama, Hillary, and their #AssadMustGo campaign that funded and armed “moderate” rebels.

So much for that.