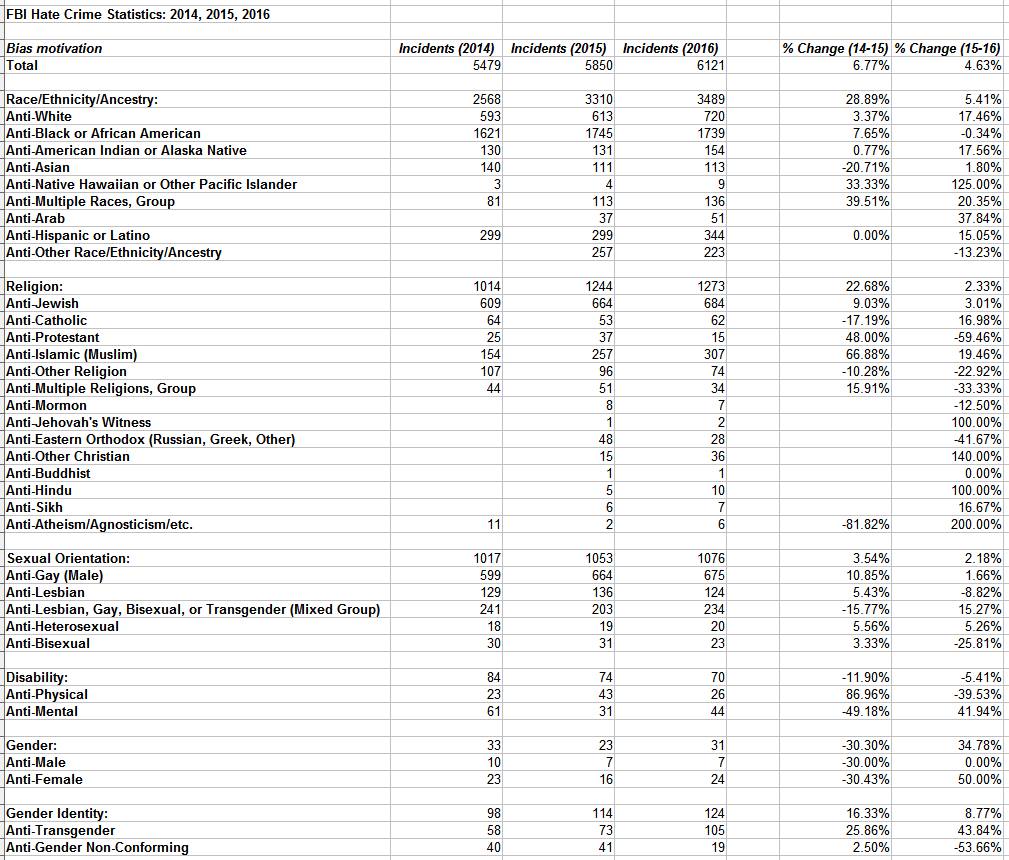 FBI Hate Crime statistics are out for 2016.

We all know that 2016 is the year that hateful white racist Trump supporters brought out the hate and busted up the uninterrupted 8 years of peace, love, and respect felt under Obama.

Hardly a difference; Muslims are just better at creating drama, although I’m sure white nationalists are looking to fix that.

Despite all the histrionics about Trump, hate crime incidents for 2016 have improved over 2015.

Anti-White hate crimes are the only incidents that increased over the previous period from +3.37% to +17.46%.