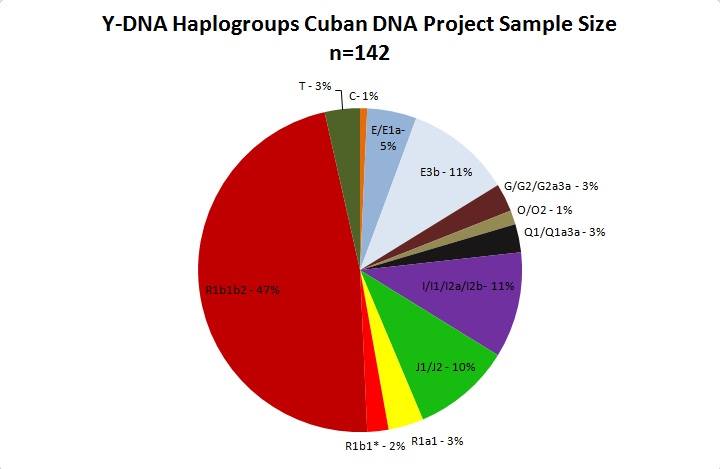 Cuban patrilineal DNA is predominantly European. Only 3% (Q) is Amerindian (natives) and 5% (E1) is Western African (slaves). The rest is, for the most part, of European descent. The composition is very similar to the Portuguese composition.

It’s time for my white friends of enormous privilege to stop denying Cubans and Puerto Ricans their white heritage and for everyone to stop demeaning them derogatorily by referring to them as “People of Color”; they are not. They are of European descent, have done their fair share displacing indigenous people, and deserve their proper place in “The White Club”.