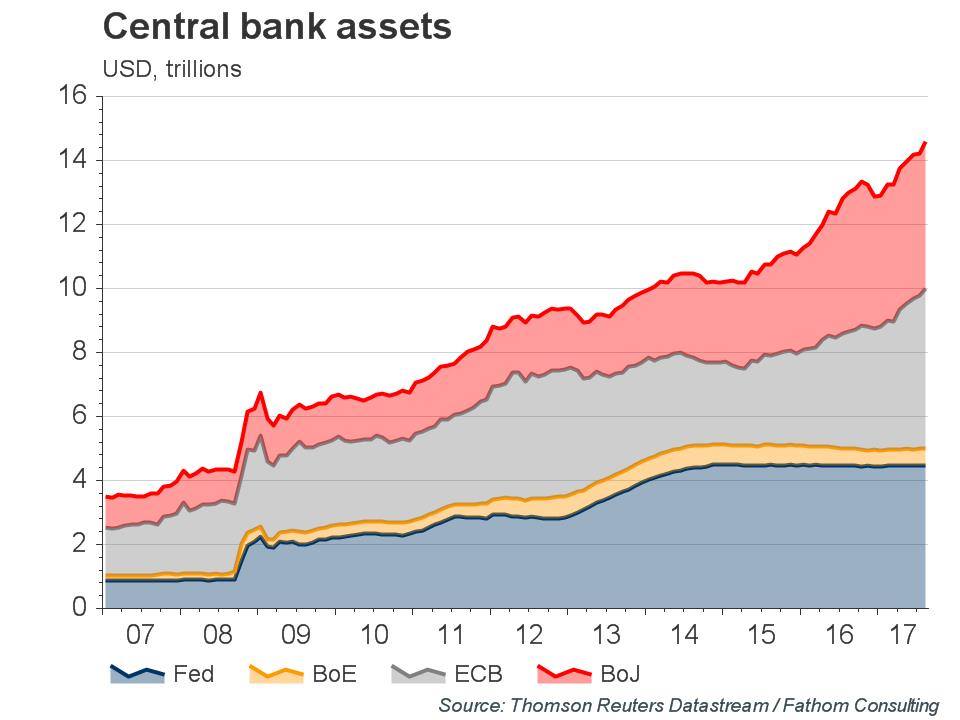 The ECB along with the BOJ (and not the Fed) are the primary central banks providing global liquidity at this point. Any tapering of QE done by the ECB will be felt globally. This will coincide with a reduction of the Fed’s balance sheet already in progress by the Fed.

“European Central Bank officials are considering cutting their monthly bond buying by at least half starting in January and keeping their program active for at least nine months, according to officials familiar with the debate.”

“Reducing quantitative easing to 30 billion euros ($36 billion) a month from the current pace of 60 billion euros is a feasible option, said the officials, who asked not to be identified because the deliberations are private. That reduced flow would match existing predictions from economists at institutions including ABN Amro Bank NV and Bank of America Merrill Lynch.”