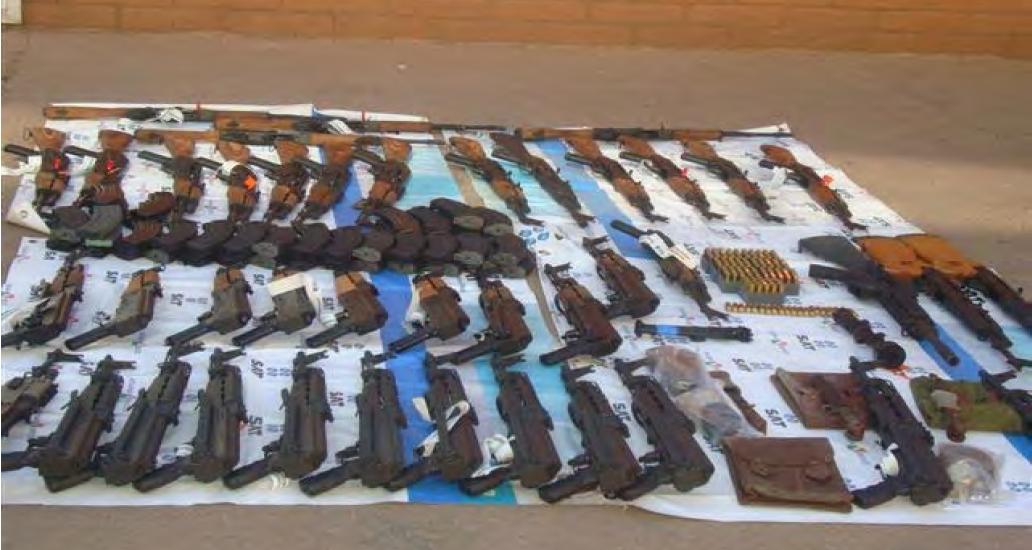 FBI and ATF approving background checks and straw purchases for sales of large volumes of weapons to arms dealers and potential criminals for sting operations (which are known to go wrong) is standard ATF policy and not the least bit controversial. Letting guns “walk” (up the chain) was a step too far.

“ATF ran a series of sting operations between 2006 and 2011 in the Tucson and Phoenix area where the ATF “purposely allowed licensed firearms dealers to sell weapons to illegal straw buyers, hoping to track the guns to Mexican drug cartel leaders and arrest them”.”

“Operation Fast and Furious began on October 31, 2009, when a local gun store reported to the Phoenix ATF that four individuals had purchased multiple AK-47 style rifles. In November 2009, the Phoenix office’s Group VII, which would be the lead investigative group in Fast and Furious, began to follow a prolific gun trafficker. He had bought 34 firearms in 24 days, and he and his associates bought 212 more in the next month. The case soon grew to over two dozen straw purchasers, the most prolific of which would ultimately buy more than 600 weapons.”

“The tactic of letting guns walk, rather than interdicting them and arresting the buyers, led to controversy within the ATF. As the case continued, several members of Group VII, including John Dodson and Olindo Casa, became increasingly upset at the tactic of allowing guns to walk. Their standard Project Gunrunner training was to follow the straw purchasers to the hand-off to the cartel buyers, then arrest both parties and seize the guns.”

“Since the end of Operation Fast and Furious, related firearms have continued to be discovered in criminal hands. As reported in September 2011, the Mexican government stated that an undisclosed number of guns found at about 170 crime scenes were linked to Fast and Furious. U.S. Representative Darrell Issa (R–Calif.–49) estimated that more than 200 Mexicans were killed by guns linked to the operation.”

“Gunwalking”, or “letting guns walk”, was a tactic of the Arizona Field Office of the United States Bureau of Alcohol, Tobacco, Firearms and Explosives (ATF), which ran a series of sting operations[2][3] between 2006[4] and 2011[2][5] in the Tucson and Phoenix area where the ATF “purposely allowed l…