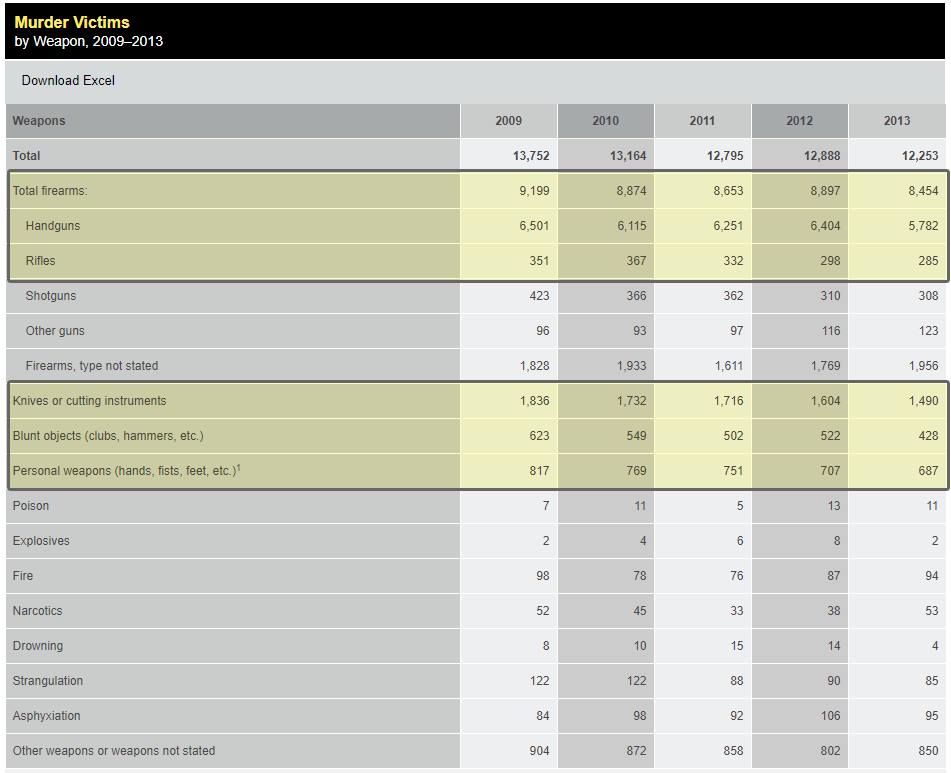 People with guns are more effective at killing than people without.

Airplanes are available to everyone. Some idiot accidentally crashed his Cessna into the 405 freeway nearby a couple of months ago. Small planes crash into buildings all the time. Nevertheless, when they do “deliberately” happen, they dwarf the death count of mass shooters (i.e. 9/11). Truck attacks, which are the current weapon of choice in Europe, occur frequently, and are easily accessible to everyone.

You’ve also got your pressure cookers (Tsarnaev Bros, 2013, only 4 deaths but 264 injured) and home depot pipe bombs; plenty of deaths due to bombing. If you’re in the market to buy a pressure cooker, someone should do a background check on you.

This whole topic is obviously in the context of mass shootings. So when we talk about gun control to prevent another mass murder event it has to be compared to other forms of mass murder (trucks, planes, bombs, etc.) that would take it’s place. In that regard, it’s not that different (negligible over decades).

Yes, obviously if you look at all gun killings, and not just mass shootings, then gun killings are much higher at approximately 30,000 per year. However, when you remove suicide by gun (2/3rd of gun deaths) then you end up with 8454 firearm deaths in 2013 (according to FBI data) due to homicide i.e. murder; down from 9199 firearm deaths in 2009.

Of those 8454 firearm deaths, 5782 were carried out with handguns and only 285 deaths occurred due to rifles (of which an even smaller subset are “assault style” rifles and of which “automatic assault rifles” or “machine guns” are an even still smaller subset).

The gun control debate isn’t around banning handguns, which make up 68.4% of the gun homicides (and which liberals confess to being “OK” with; it’s the “assault” rifles that scare them). Perhaps if the debate was about handguns it might have some credibility. The gun control debate is an irrational emotional debate around banning “assault style” rifles, which are a subset of 285 deaths and only make up 0.03% of the gun homicides; a relatively small and declining statistic (down from 351 and 0.04% in 2009).

If reducing gun deaths is important to you then you would have far more success at reducing the death by gun statistics and would encounter far less political resistance if you focused on suicide prevention and general anti-gang / anti-crime policing efforts than by counter productively trying to ban “assault style” rifles.