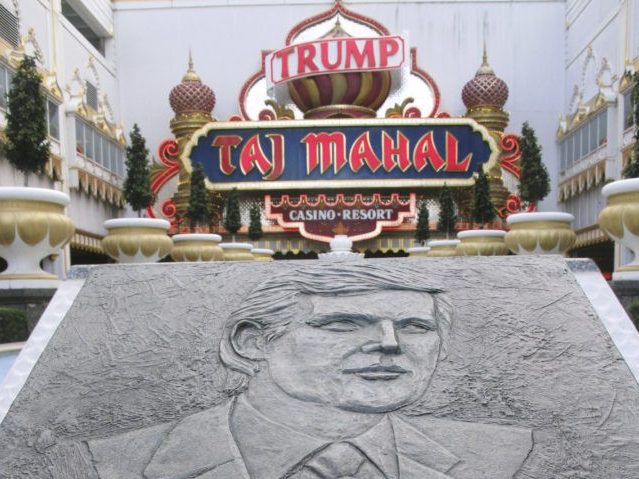 “In Donald Trump’s old gambling houses, no player doubled down on a six. In Donald Trump’s White House, the president looks to double down on his soft hand in Afghanistan. That’s a bad bet.”

“The United States began bombing Afghanistan sixteen years ago this October. The mission—to kill those who killed Americans on 9/11 and uproot from power those who gave them safe harbor—meshed neatly with parochial concerns of national interest and broader concerns of justice. We overthrew the Taliban and killed Osama bin Laden. We won. But we stayed, which, six years after the death of bin Laden, makes about as much sense as fighting World War II in 1951, long after the arrival of Fat Man and Little Boy and the departure of Funny Mustache Guy made the point moot.”

“George W. Bush, who stood before a “Mission Accomplished” banner in 2003 on an aircraft carrier that had just returned from Iraq, strangely never declared victory in Afghanistan. Neither did Barack Obama. Donald Trump, given the opportunity to end a war, instead expands it.”

“The Soviet Union spent merely a decade in Afghanistan. Everyone outside of Russia, and many within it, regarded it as a quagmire. Within a year of their belated withdrawal, the Evil Empire lost its empire in Eastern Europe. Within three years, the Soviet Union collapsed.”

“[Trump] maintains that “victory will have a clear definition” but admits that “it is up to the people of Afghanistan … to achieve an everlasting peace.” “We cannot repeat in Afghanistan the mistake our leaders made in Iraq,” he says in one breath, while using most of his other breaths to argue for a war with an end—presumably, there is an end—dependent on objectives outside of the control of the American armed forces. He speaks of the bad “consequences of a rapid exit” a few lines after acknowledging Afghanistan as “the longest war in American history” (What would constitute a protracted exit in the commander-in-chief’s mind?). The president claims “we will not talk about numbers of troops” after “senior officials” told Fox News and other outlets that he approved sending 4,000 more troops to Afghanistan. He knows what we want to hear but does not do what we want him to do.”

““I was given a bad and very complex hand,” the president insists. But there’s nothing complex about a bad hand. You don’t double down”

“Donald Trump wins no fans among his interventionist detractors in losing the ideals of caution that helped put him in the White House .. The people who hate Donald Trump will never like Donald Trump.”

“Everyone gets this but the president.”

Flynn: An Old Casino King Doubles Down on a Bad Hand in Afghanistan