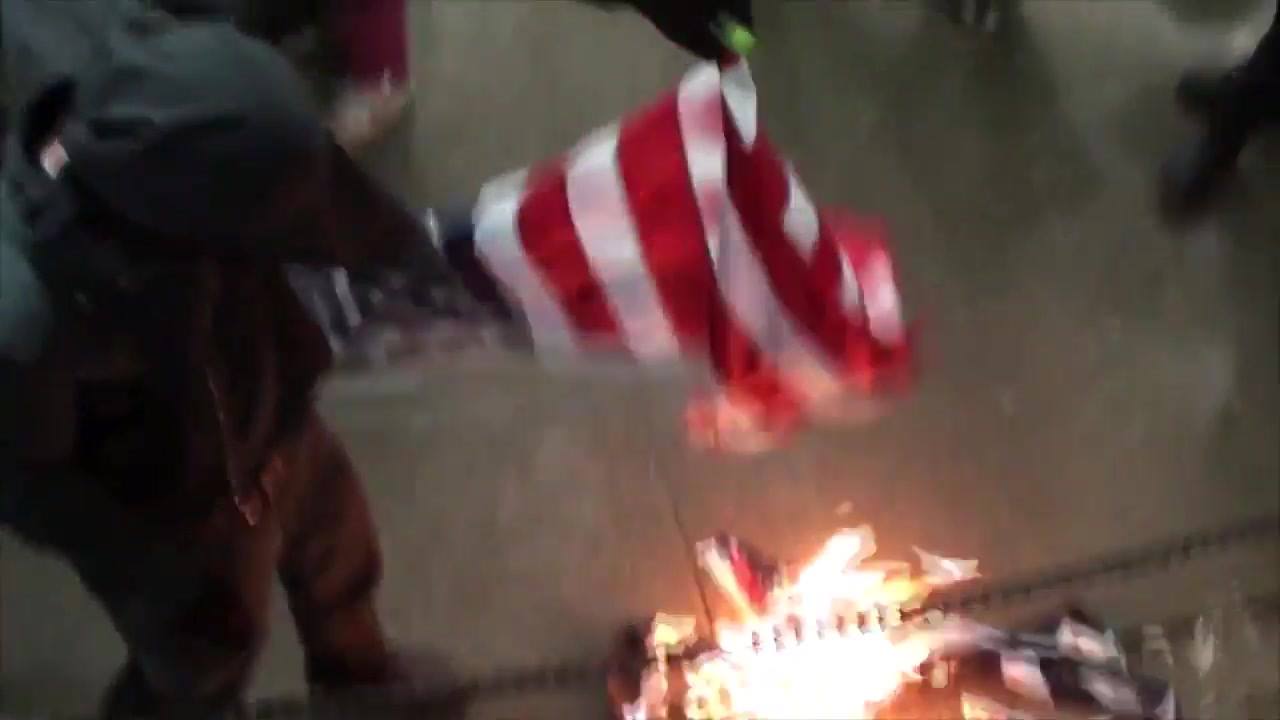 Any country that elects Trump as its president is a Nazi country and deserves to have its flag burned ..

“No Gods or Masters” .. But then proceed to assert themselves as masters over everyone they deem as fascist ..