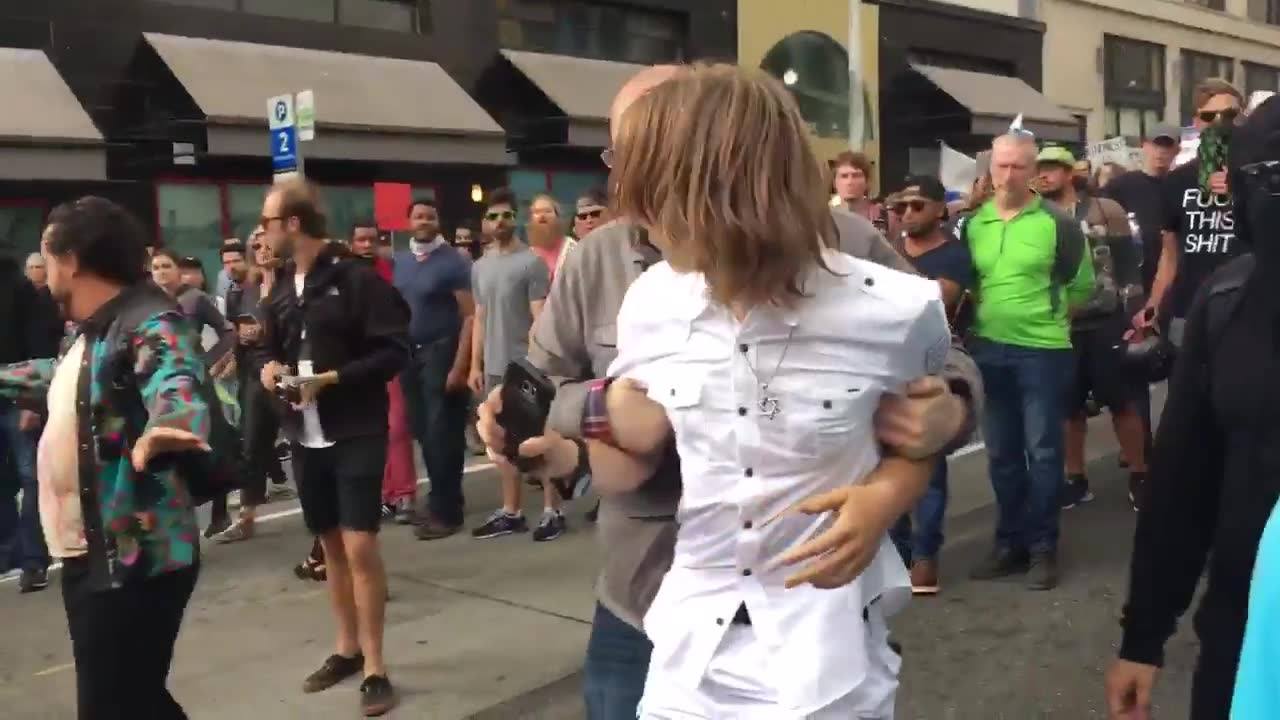 He’s wearing a Star of David necklace around his neck .. Not the brightest anti-fascists of the bunch ..

#BREAKING: skirmishes starting up in #Seattle. This one broke out right in front of us. We've heard of at least one arrest. @NBCNews @MSNBC pic.twitter.com/uoV7PAb6VF