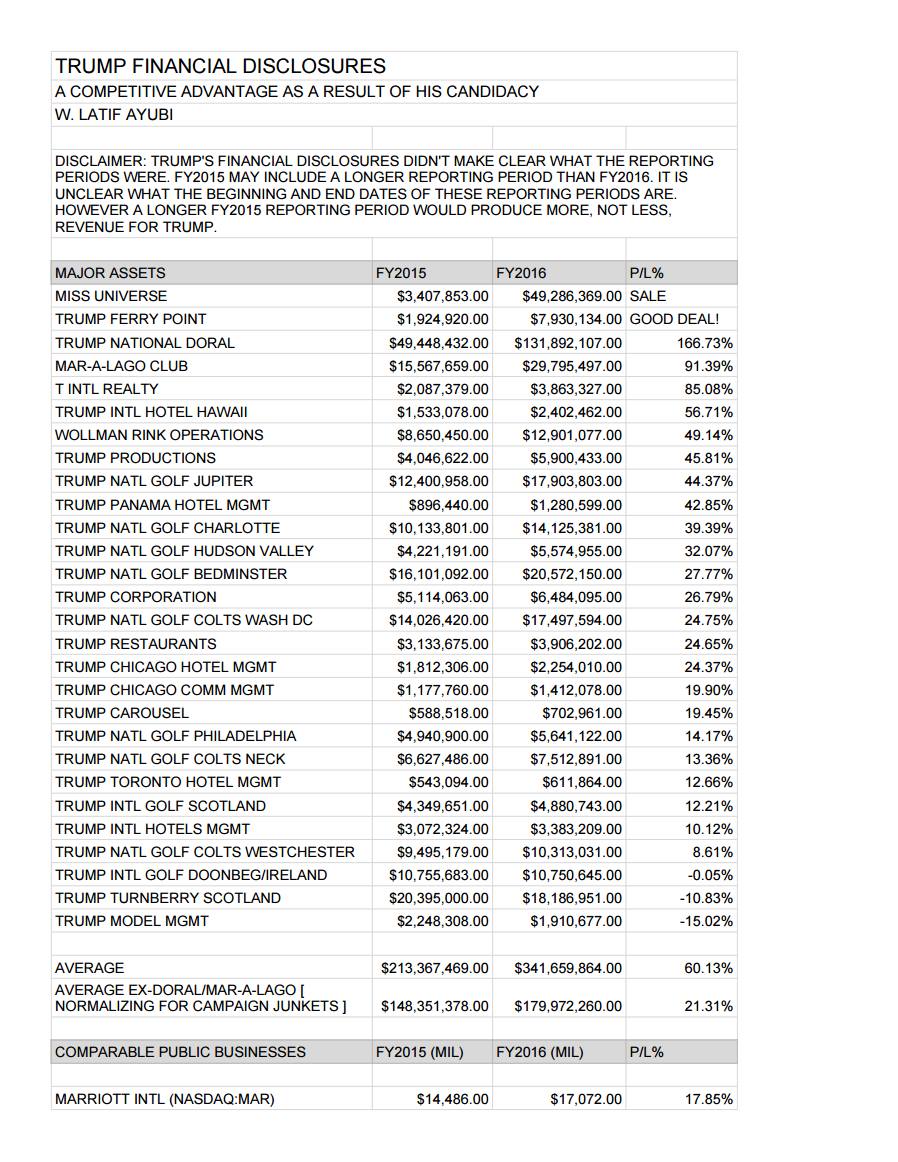 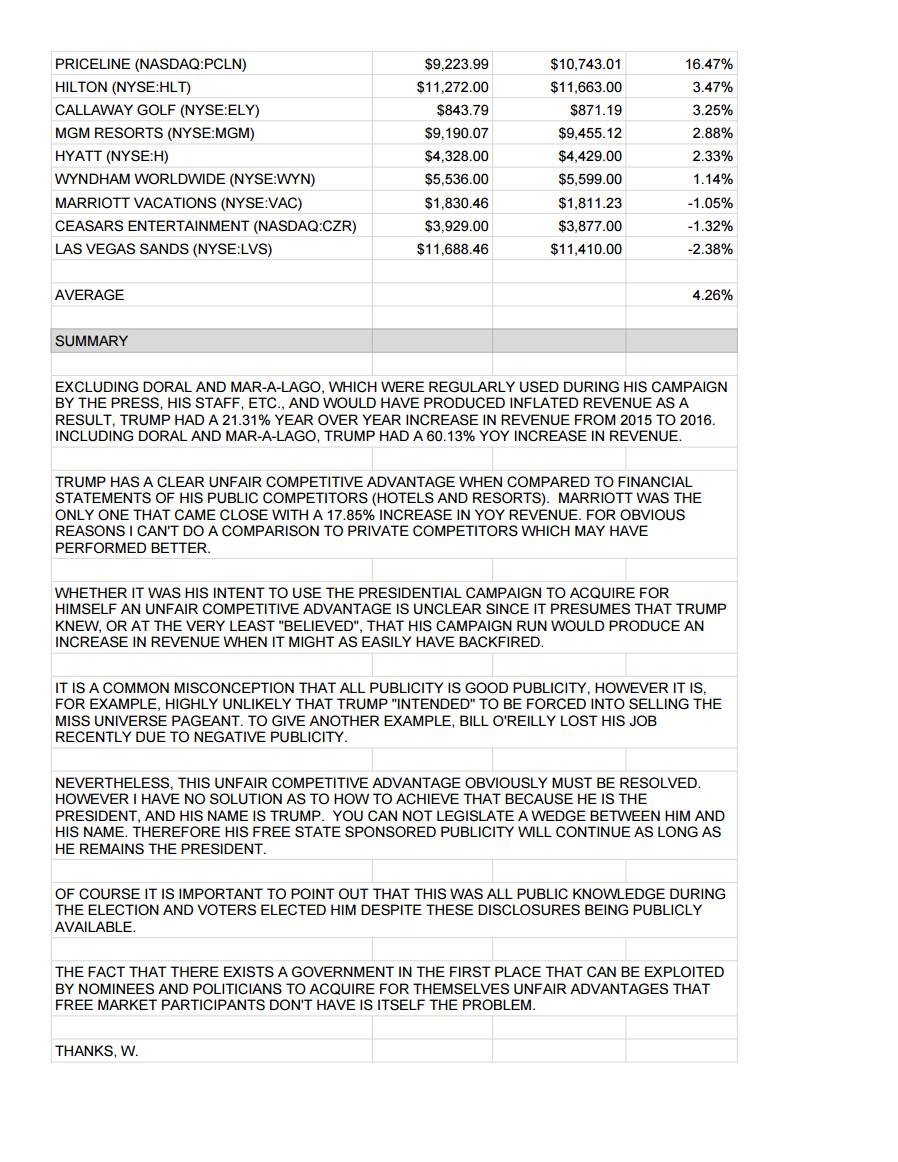 Trump has a clear unfair competitive advantage when compared to financial statements of his public competitors (hotels and resorts). Marriott was the only one that came close with a 17.85% increase in YOY revenue. For obvious reasons i can’t do a comparison to private competitors which may have performed better.

Whether it was his intent to use the presidential campaign to acquire for himself an unfair competitive advantage is unclear since it presumes that Trump knew, or at the very least “believed”, that his campaign run would produce an increase in revenue when it might as easily have backfired.

It is a common misconception that all publicity is good publicity, however it is, for example, highly unlikely that Trump “intended” to be forced into selling the Miss Universe pageant. To give another example, Bill O’Reilly lost his job recently due to negative publicity.

Nevertheless, this unfair competitive advantage obviously must be resolved. However i have no solution as to how to achieve that because he is the president, and his name is Trump. You can not legislate a wedge between him and his name. Therefore his free state sponsored publicity will continue as long as he remains the president.

Of course it is important to point out that this was all public knowledge during the election and voters elected him despite these disclosures being publicly available.

The fact that there exists a government in the first place that can be exploited by nominees and politicians to acquire for themselves unfair advantages that free market participants don’t have is itself the problem.