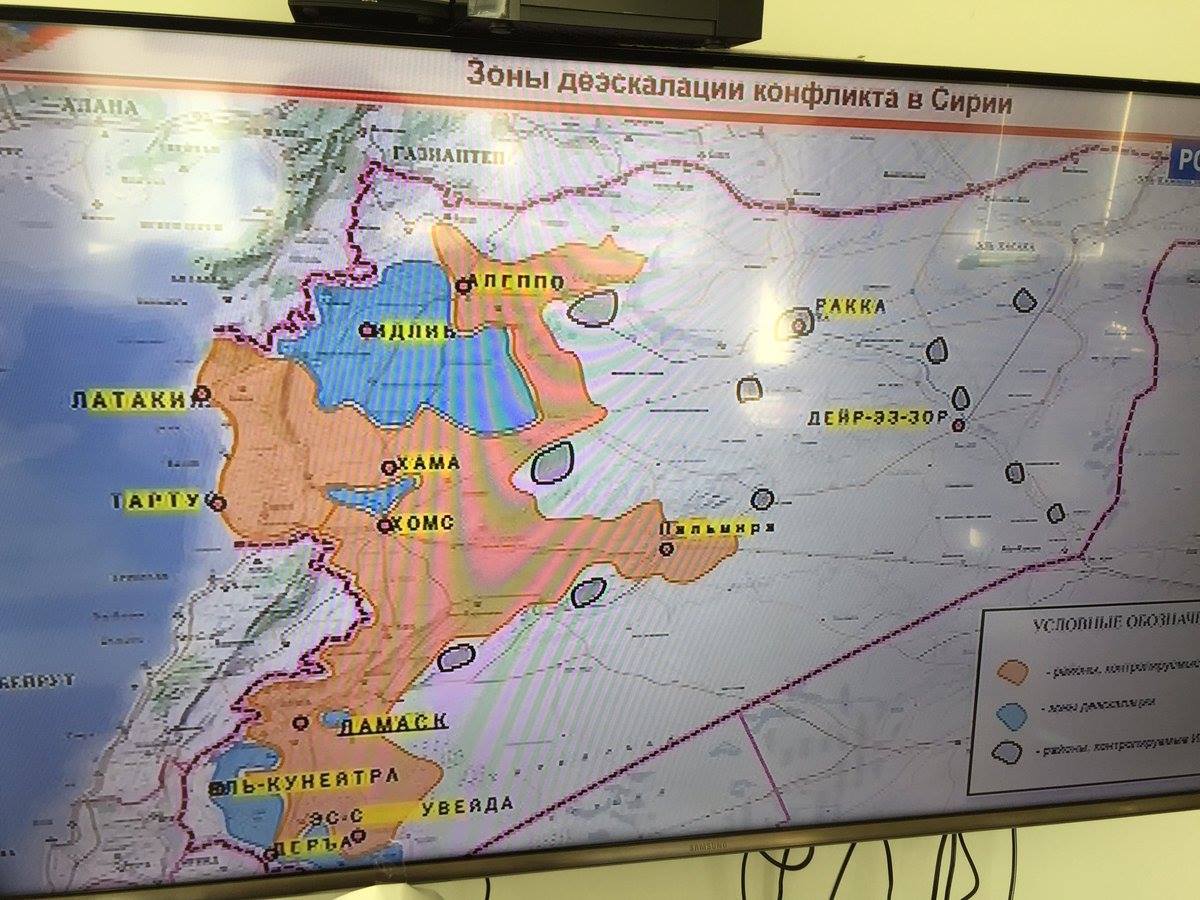 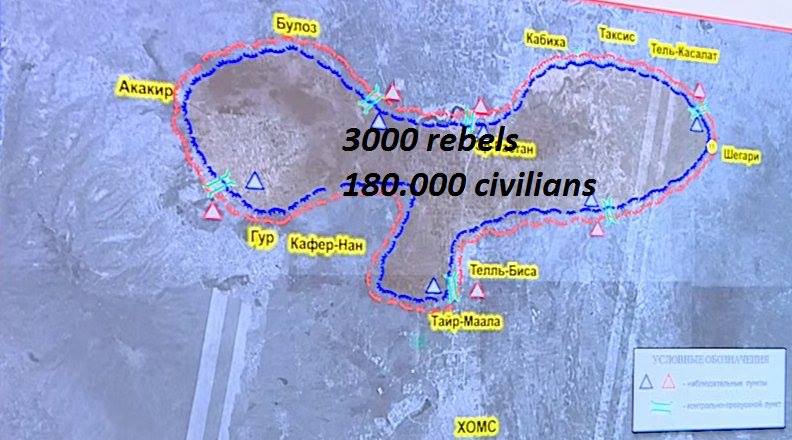 Russia, Assad, Iran, US, and Turkey agree to set up safe zones or “deconfliction zones” in areas of Syria to end the violence and allow for the safe return of refugees.

Four zones will be set up: In Idlib west of Aleppo, In between Homs and Hama, In Eastern Damascus, and in Southern Syria.

Who disagrees with this plan?

The “moderate” rebels do. They want to continue the violence because ending the violence would end their failed rebellion and their conquest over the entirety of Syria.

They walked out of the peace talks, came back the next day, and walked out again ..

“Syria’s armed opposition said on Thursday it could not accept creating safe zones in Syria because it threatens the country’s territorial integrity and said it would also not recognize Iran as a guarantor of the peace plan.”

““We want Syria to maintain its integrity,” opposition delegate Osama Abu Zaid said after the three guarantor states, Russia, Turkey and Iran signed a memorandum on creating safe zones in Syria at peace talks held in the Kazakh capital Astana.”

““We are against the division of Syria. As for the agreements, we are not a party to that agreement and of course we will never be in favor (of it) as long as Iran is called a guarantor state.””

“The plan calls for the creation of “de-escalation zones” in militant-held areas in the Syrian provinces of Idlib and Homs as well as the Eastern Ghouta region near the Syrian capital, Damascus, AFP reported, citing a version of the initiative provided by a source close to the opposition.”

“The Russian proposal seeks to “put an immediate end to the violence” gripping Syria and “provide the conditions for the safe, voluntary return of refugees”.”

“It further urges the creation of “security zones” with checkpoints and monitoring centers manned by government troops and militants.”

“The plan also reportedly tasks Turkey, Iran and Russia — as the guarantors of the agreement — with setting up a joint working group to draft maps of the safe zones by May 22 and monitoring a process of “disarmament.””