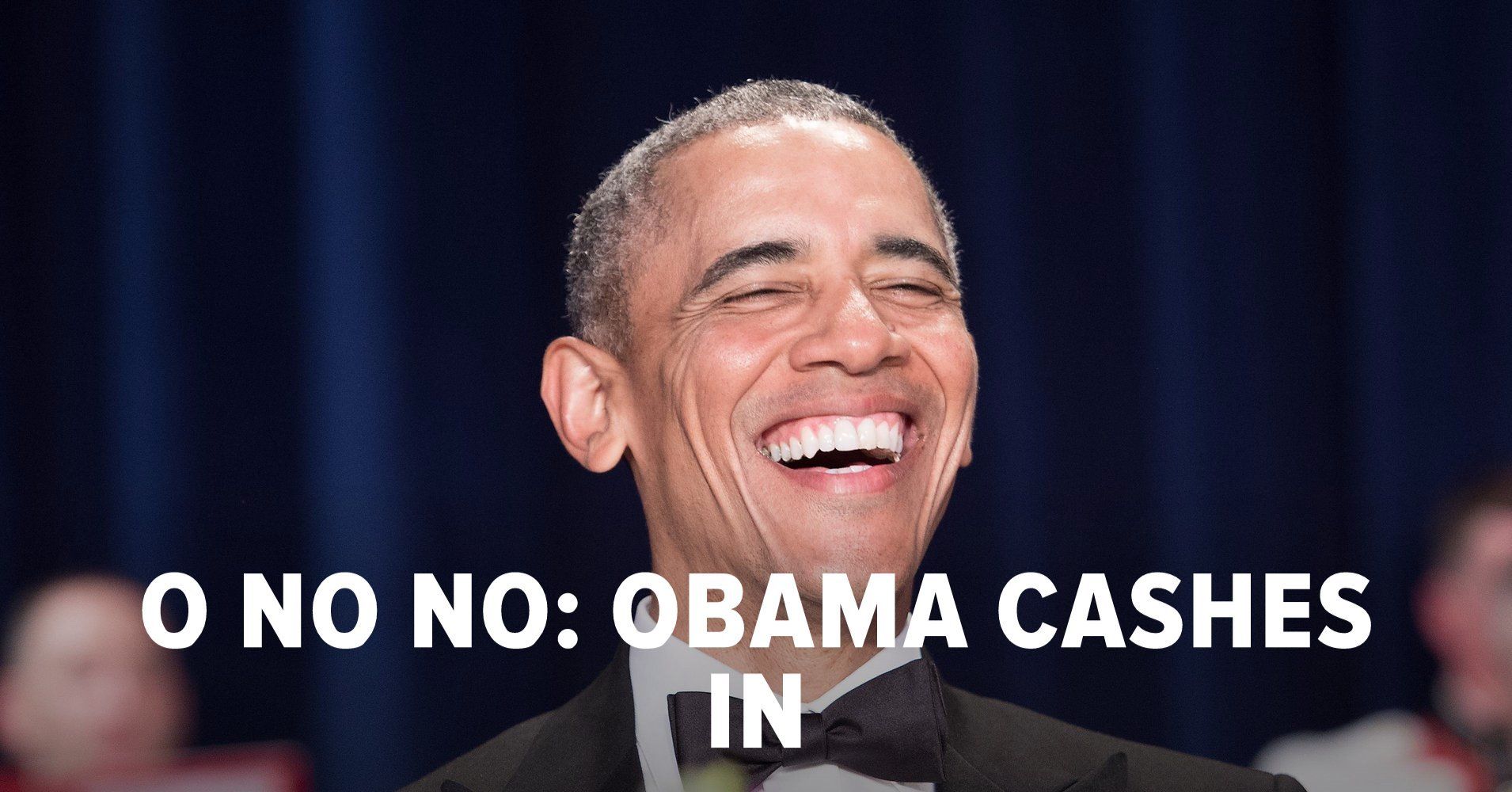 Tell me again how Obama didn’t sell the American people out to the big banks and didn’t use his Presidency to personally enrich himself .. This is from the Huffington Post, not from Breitbart ..

“Obama refused to prosecute the rampant fraud behind the 2008 Wall Street collapse, despite inking multibillion-dollar settlement after multibillion-dollar settlement with major firms over misconduct ranging from foreclosure fraud to rigging energy markets to tax evasion. In some cases, big banks even pleaded guilty to felonies, but Obama’s Justice Department allowed actual human bankers to ride into the sunset. Early in his presidency, Obama vowed to spend up to $100 billion to help struggling families avert foreclosure. Instead, the administration converted the relief plan into a slush fund for big banks, as top traders at bailed-out firms were allowed to collect six-figure bonuses on the taxpayers’ dime.”

“Nothing forced Obama to govern this way. Had he truly believed that prosecuting bankers for obvious criminal fraud would cause an economic collapse, Obama would, presumably, have tried to radically reshape the financial sector. He did not. His administration’s finance-friendly policies damaged the economic recovery and generated a new cohort of Trump voters. As Nate Cohn of The New York Times has demonstrated, nearly one-fourth of Obama’s white working-class supporters in 2012 flipped for Trump in 2016. Racism and misogyny were surely part of Trump’s appeal, but not all two-time Obama voters turned to Trump out of bigotry alone.”

“Obama isn’t running for office again, but his sellout sends even uglier signals to the electorate.”

Ask all the bankers he jailed for fraud.