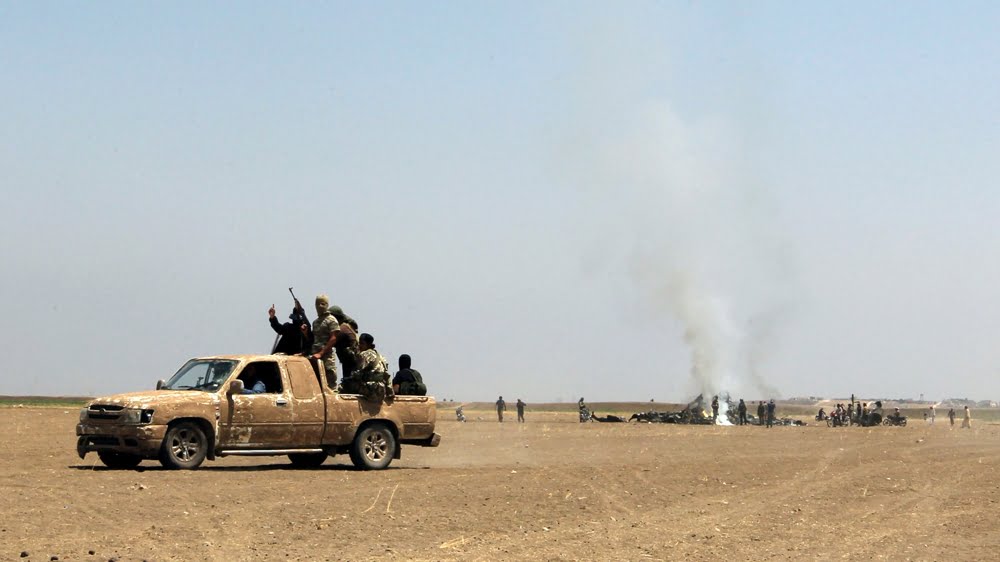 Why the “moderate” FSA rebels won’t negotiate with Assad and the conflict continues to persist .. CIA pays them to reject the peace talks ..

“He also said that in January the CIA told FSA factions it was funding not to join the Moscow-sponsored Astana talks in which Turkey participated along with Russia, Iran and the Syrian regime.”

“A new military alliance of rebel groups in northern Syria aims to consolidate military control over Idlib province, the western part of Aleppo province and parts of Latakia province, according to a Free Syrian Army (FSA) commander.”

“Two sources from FSA have confirmed to Al Jazeera that the new military operation room, under discussion, will be supported by the “Friends of Syria” – a coalition of the US, Turkey, Western European and Gulf states – which have supported the Northern Front’s operations room, known by its Turkish acronym MOM.”

“The commander said that the rebel forces will fight against the Syrian regime in northern Syria. He denied media reports that their goal would be to attack Hay’et Tahrir al-Sham, a Salafist alliance dominated by Jabhat Fatah al-Sham (JFS, formerly known as al-Nusra Front) which formally renounced its affiliation to al-Qaeda in 2016.”

“The FSA commander confirmed that the funding and logistical support for rebel factions in northern Syria which the CIA froze in February have been restored to a certain extent.”