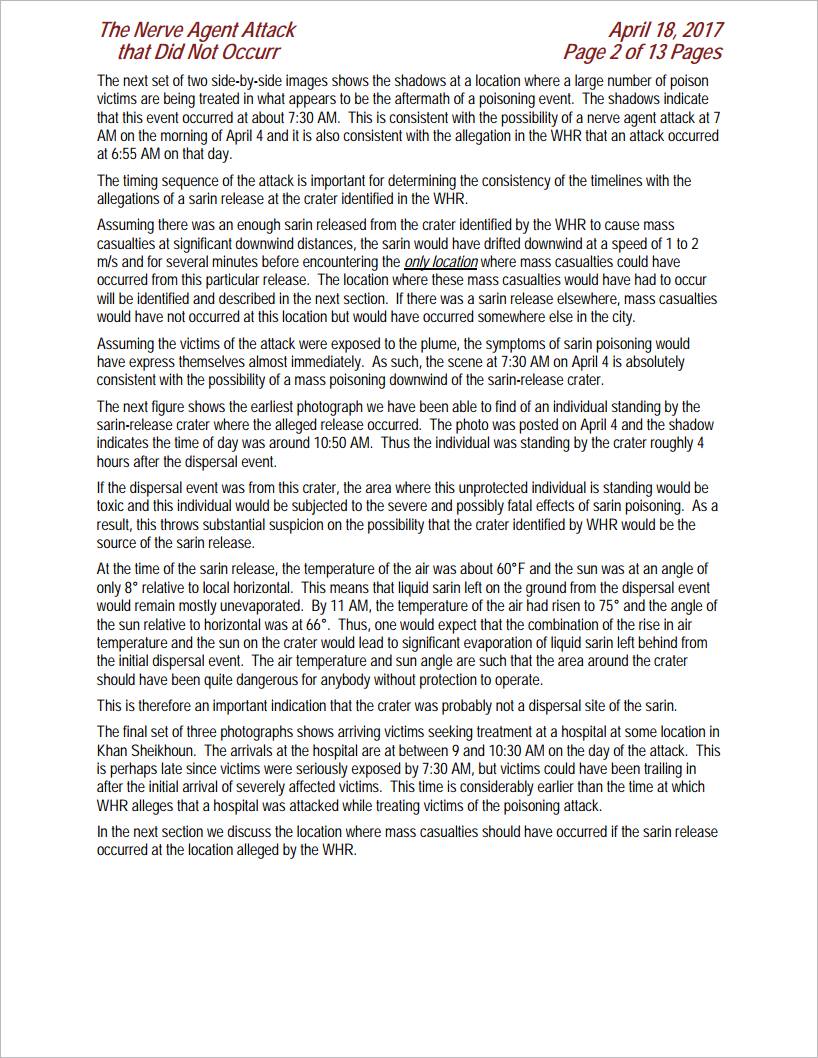 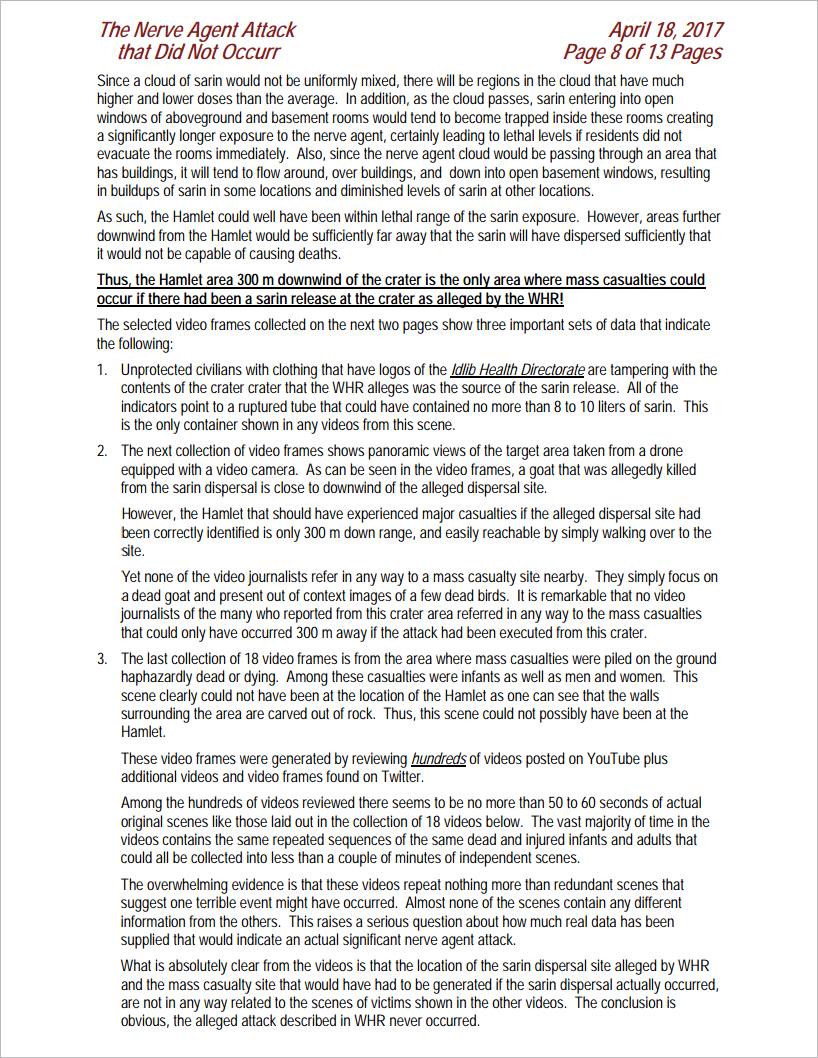 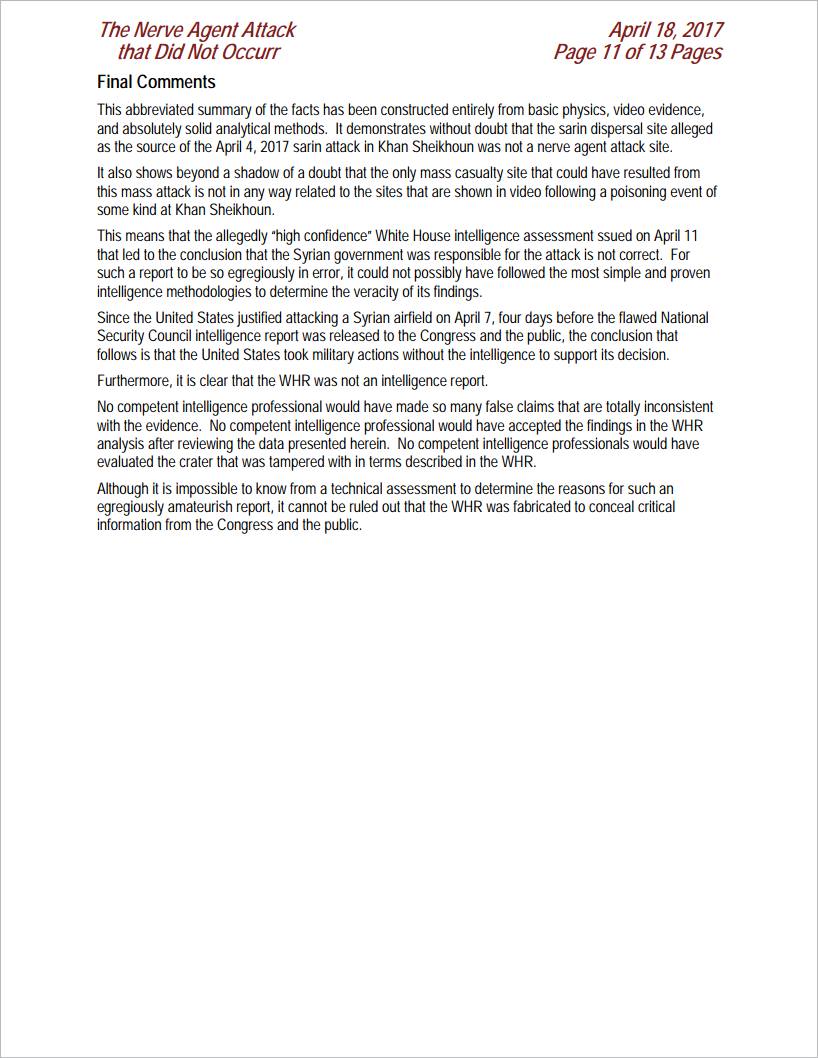 “The conclusion of this summary of data is obvious – the nerve agent attack described in the WHR (White House Report) did not occur as claimed. There may well have been mass casualties from some kind of poisoning event, but that event was not the one described by the WHR.”

“This abbreviated summary of the facts has been constructed entirely from basic physics, video evidence, and absolutely solid analytical methods. It demonstrates without doubt that the sarin dispersal site alleged as the source of the April 4, 2017 sarin attack in Khan Sheikhoun was not a nerve agent attack site.”

“It also shows beyond a shadow of a doubt that the only mass casualty site that could have resulted from this mass attack is not in any way related to the sites that are shown in video following a poisoning event of some kind at Khan Sheikhoun.”

“This means that the allegedly “high confidence” White House intelligence assessment ssued on April 11 that led to the conclusion that the Syrian government was responsible for the attack is not correct.”

“Furthermore, it is clear that the WHR was not an intelligence report.”

The Nerve Agent Attack that Did Not Occur:
Analysis of the Times and Locations of Critical Events in the Alleged Nerve Agent Attack
at 7 AM on April 4, 2017 in Khan Sheikhoun, Syria
Theodore A. Postol
Professor Emeritus of Science, Technology, and National Security Policy
Massachusetts Institute of Technology