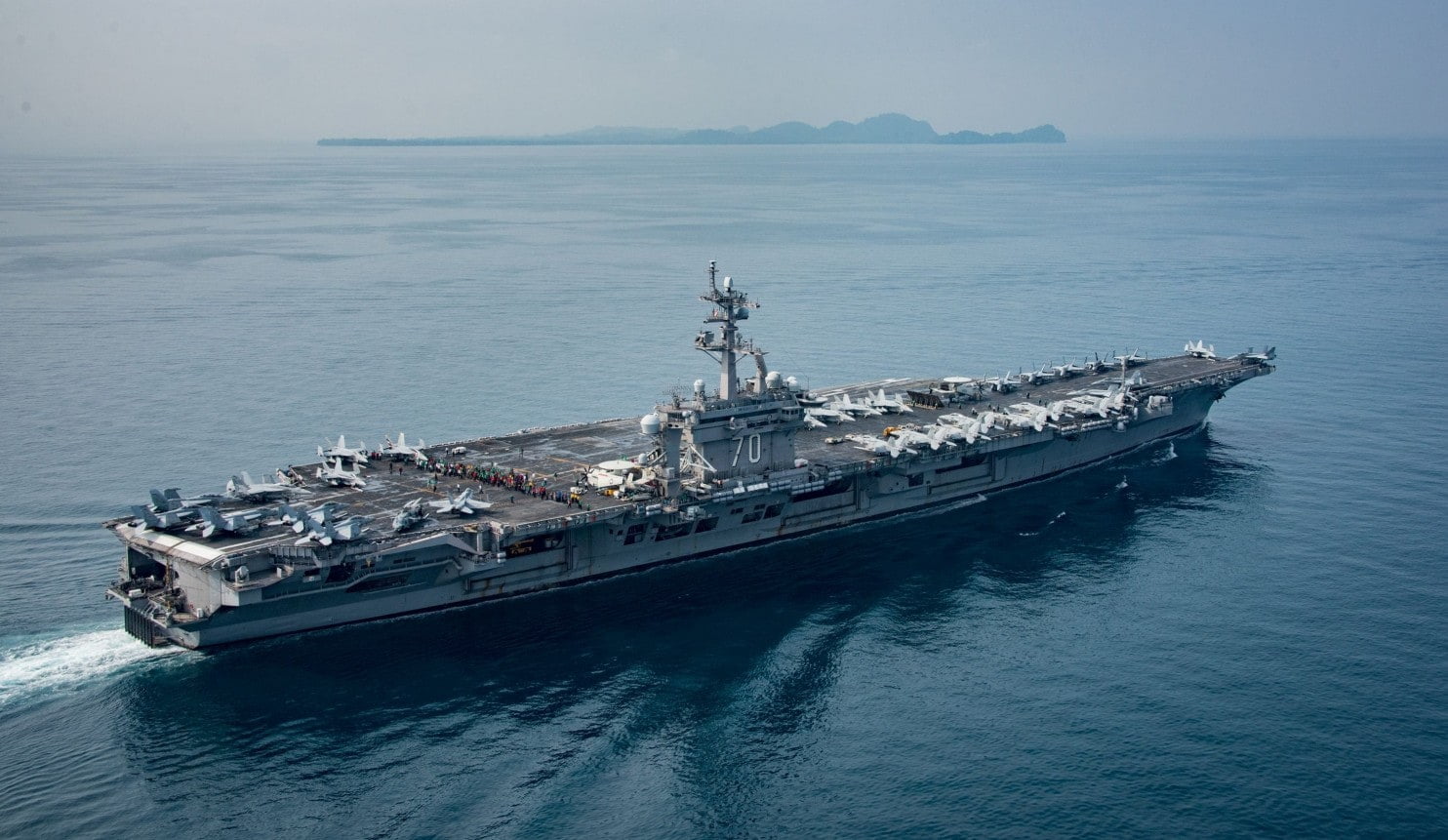 “Despite talk of a military strike, Trump’s ‘armada’ actually sailed away from Korea”

“Defense Secretary Jim Mattis told reporters on April 11 that the Carl Vinson was “on her way up there.” Asked about the deployment in an interview with Fox Business Network that aired April 12, President Trump said: “We are sending an armada, very powerful.””

“U.S. media went into overdrive, and Fox reported on April 14 that the armada was “steaming” toward North Korea.”

“A photograph released by the Navy showed the aircraft carrier sailing through the calm waters of Sunda Strait between the Indonesian islands of Sumatra and Java on Saturday, April 15. By later in the day, it was in the Indian Ocean, according to Navy photographs.”

“Instead of steaming toward the Korea Peninsula, the carrier strike group was actually headed in the opposite direction to take part in “scheduled exercises with Australian forces in the Indian Ocean,” according to Defense News, which first reported the story.”

“The presence of the U.S. carrier strike group, and the threat of a U.S. military strike on North Korea, had weighed heavily on Chinese minds and in the media here. Foreign Minister Wang Yi warned that “storm clouds” were gathering and the risk of conflict rising.”

““Tricked badly!” the Global Times exulted on its social media account. “None of the U.S. aircraft carriers that South Korea is desperately waiting for has come!””

“Was it all a misunderstanding, or deliberate obfuscation?”

““At the peak of the standoff, psychological warfare is very important,” he said.”

Despite talk of a military strike, Trump’s ‘armada’ actually sailed away from Korea

Chinese media said South Korea was “tricked badly,” but talk of the carrier may have been psychological warfare.