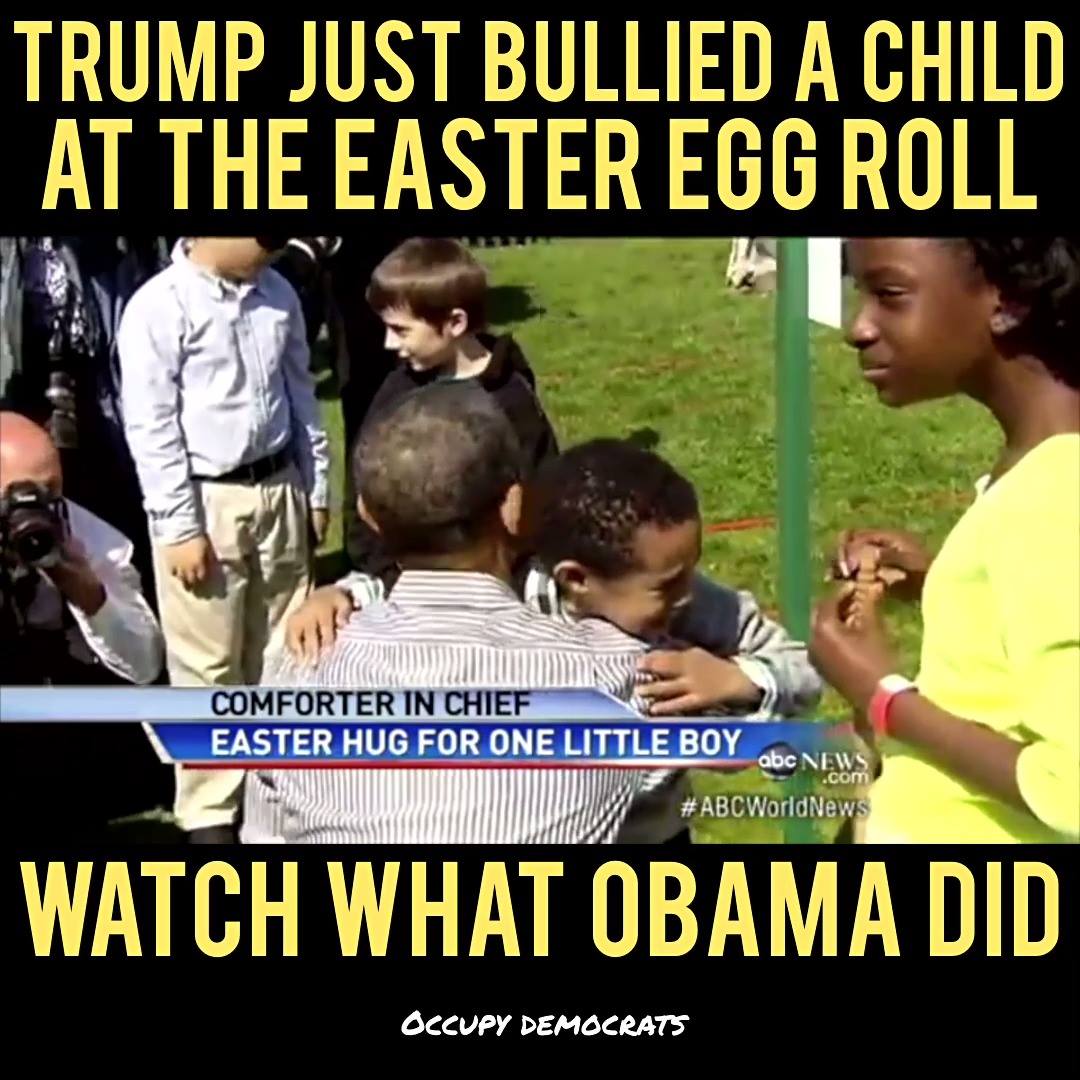 This video is making the rounds today across Facebook and is a perfect case in point.

This video whitewashes that record by demonstrating how amazingly nice and ethical he is to this one kid, unlike Trump the big bad unethical bully.

I understand the argument of “well, I don’t believe that Trump is going to be peaceful or end wars, so if I’m going to end up with a warmonger anyway, I’ll vote for the one that selects liberal supreme court justices, cares about the environment, etc., to further causes I care about” and while I have a problem with it because I see it as encouraging bad behavior (you’re voting for a “confirmed” warmonger), I understand the argument.

However this fabricated portrayal of Obama as an ethical patron saint has nothing to do with any of his liberal policies. It’s about him as a person; his supposed personal character.

The popular equivalent of Occupy Democrats during the Bush years, MoveOn.org, ensured that everyone understood how unethical Bush’s record was. But with Obama they are doing everything they can to whitewash his record.

Overwhelmingly positive comments and feedback on this video demonstrate that liberals wish he was back, and remain willfully ignorant of his unethical record. Not because of his liberal policies, which would be understandable, but because he supposedly was “a good human being”; they love the guy.

After many of these very same liberals viscerally opposed Bush over his unethical record, they are willing to overlook it for Obama, not because of his liberal policies, but because he’s the “comforter in chief”.

That is the problem.

While Trump bullied a child, Obama comforted one. See the difference?

Video by Occupy Democrats, LIKE our page for more!