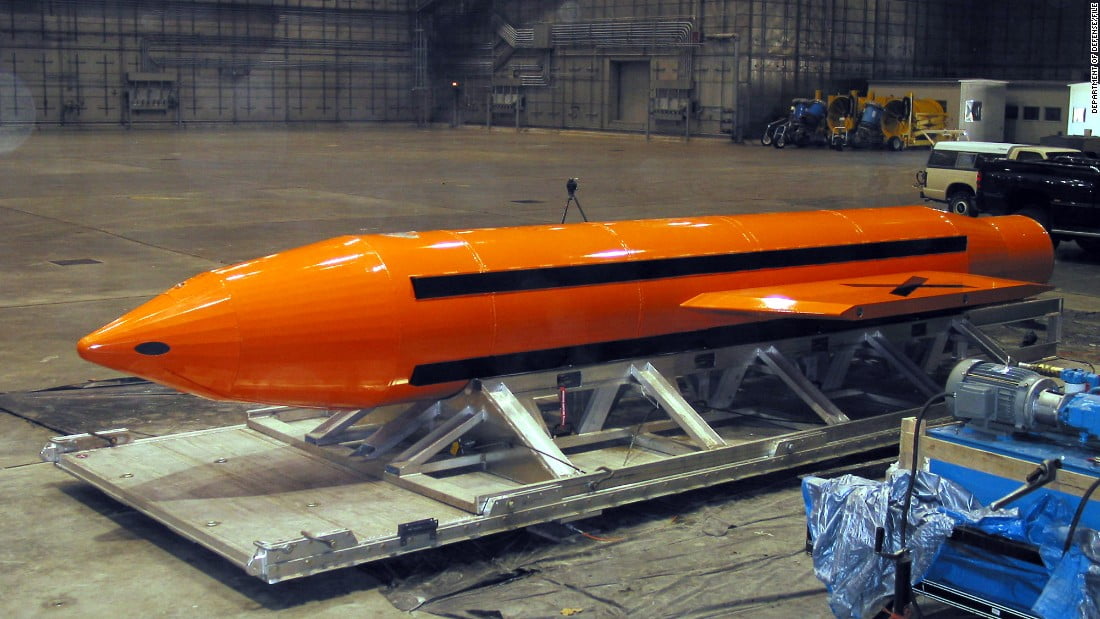 “Officials said the target was an ISIS cave and tunnel complex and personnel in the Achin district of the Nangarhar province, a remote area in the country’s east which borders Pakistan.”

“Afghanistan’s ambassador to the US, Hamdullah Mohib, told CNN’s Brooke Baldwin that the bomb was dropped after fighting had intensified over the last week between US Special Forces and Afghan troops against ISIS.”

“The US and Afghan forces were unable to advance because ISIS had mined the area with explosives, so the bomb was dropped to clear the tunnels, Mohib said.”

“”This is the right munition to reduce these obstacles and maintain the momentum of our offensive against ISIS-K,” Nicholson added.”

“”US forces took every precaution to avoid civilian casualties with this strike. US Forces will continue offensive operations until ISIS-K is destroyed in Afghanistan,” read the statement from US Forces Afghanistan.”

“The extent of the damage and whether anyone was killed is not yet clear. The military is currently conducting an assessment.”

“The Achin district is the primary center of ISIS activity in Afghanistan. A US Army Special Forces soldier was killed fighting the terror group there Saturday.”

The US military dropped America’s most powerful non-nuclear bomb on ISIS targets in Afghanistan Thursday, the first time this type of weapon has been used in battle, according to US officials.