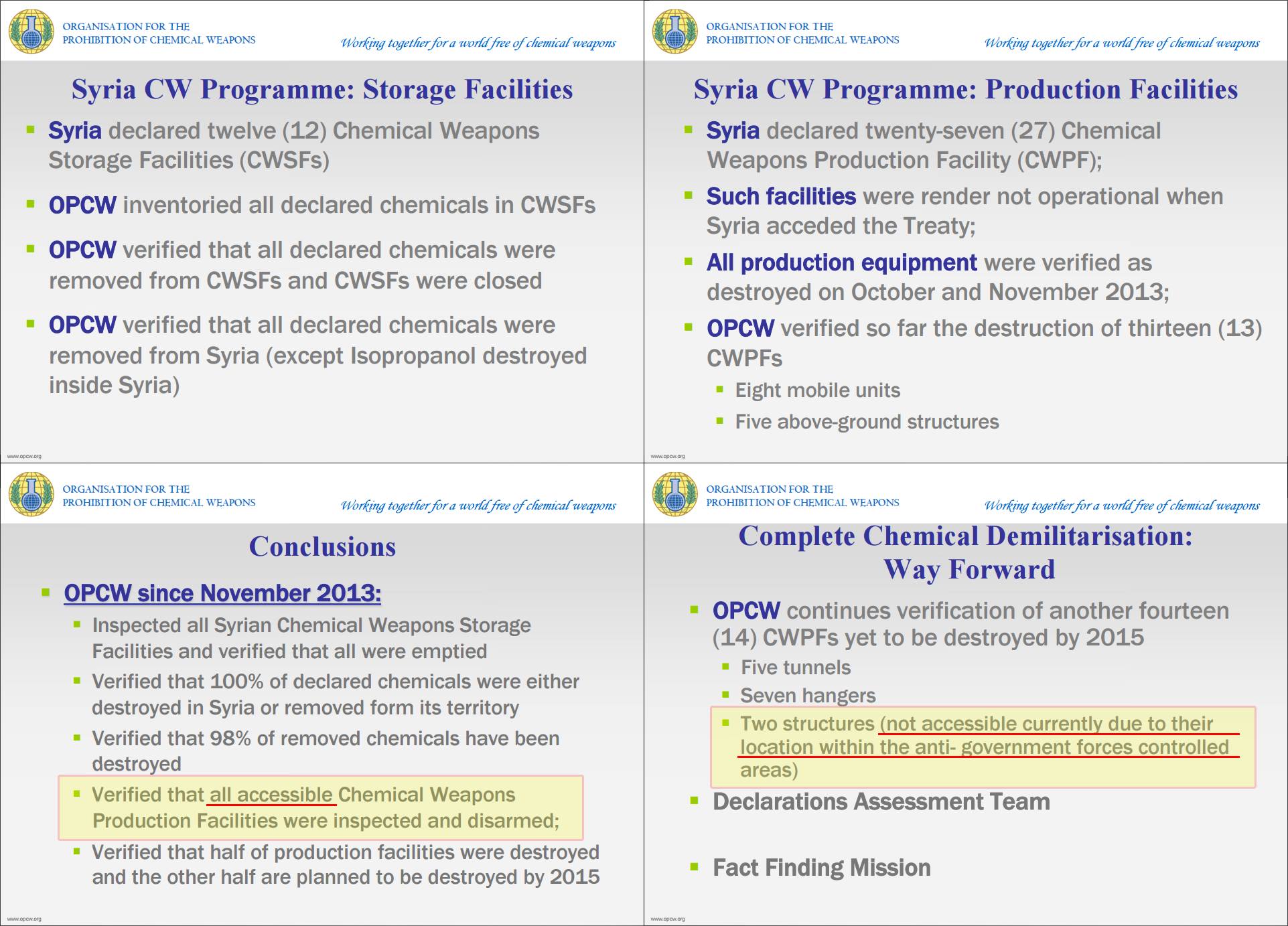 OPCW only visited 21 of 23 declared chemical weapons production facilities in Syria because the 2 remaining sites were in rebel held territory (controlled by anti-Assad forces) and inaccessible for inspection.

“The organization in charge of the inspections said Monday that its teams had visited all but two of the 23 chemical-weapons sites declared by Syria, in some cases smashing with hammers the machines used to fill chemical warheads with sarin and other lethal toxins.”

“The two remaining sites, located in areas contested by rebel fighters, are believed to be storage facilities and it is unknown what kind of production equipment, if any, exists there.”

“Despite the inspectors’ inability so far to reach two of Syria’s declared chemical sites, the Syrian government has cooperated with inspection teams, providing access as well as security, the State Department official said.”

“Removal and Destruction of Syrian Chemical Weapons”
Organisation for the Prohibition of Chemical Weapons
https://www.armscontrol.org/files/Panel2.1_Anelli_TuckerConference.pdf