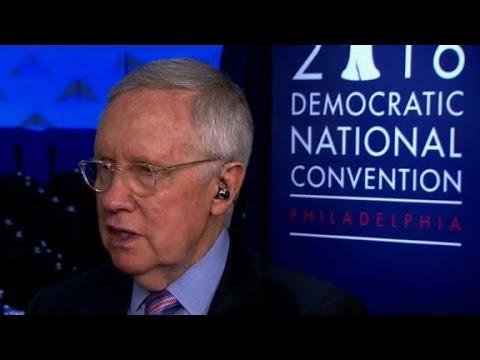 Trump is operating with intelligence briefings given to him by McMaster and others .. Where is Flynn?

“Reid: Give him fake briefings.”
“Reporter: You’re basically telling the intelligence community to lie to him.”

“In September 2011, Flynn was promoted to Lieutenant General and assigned to the Office of the Director of National Intelligence. On April 17, 2012, President Barack Obama nominated Flynn to be the 18th director of the Defense Intelligence Agency.[16][17] Flynn took command of the DIA in July 2012.[18] In October 2012, Flynn announced plans to release his paper “VISION2020: Accelerating Change Through Integration”, a look at changes he believes are necessary for the DIA in the future.[19][20]”

“According to what Flynn had told in one final interview as DIA director, he felt like a lone voice in thinking that the United States was less safe from the threat of Islamic terrorism in 2014 than it was prior to the 9/11 attacks; he went on to believe that he was pressed into retirement for questioning the Obama administration’s public narrative that Al Qaeda was close to defeat.[26] Journalist Seymour Hersh wrote that “Flynn confirmed [to Hersh] that his agency had sent a constant stream of classified warnings … about the dire consequences of toppling [Syrian President] Assad.” Flynn recounted that his agency was producing intelligence reports indicating that radical Islamists were the main force in the Syrian insurgency and “that Turkey was looking the other way when it came to the growth of the Islamic State inside Syria”. According to Flynn, these reports “got enormous pushback from the Obama administration,” who he felt “did not want to hear the truth”. According to former DIA official W. Patrick Lang: “Flynn incurred the wrath of the White House by insisting on telling the truth about Syria … they shoved him out. He wouldn’t shut up.”[27] In an interview with Al Jazeera, Flynn criticized the Obama administration for its delay in supporting the opposition in Syria, thereby allowing for the growth of Al Nusra and other extremist forces: “when you don’t get in and help somebody, they’re gonna find other means to achieve their goals” and that “we should have done more earlier on in this effort, you know, than we did.”[28]”

During an interview, Sen. Harry Reid told CNN’s Manu Raju that the CIA should give Donald Trump fake intel briefings and that he “won’t know the difference.”