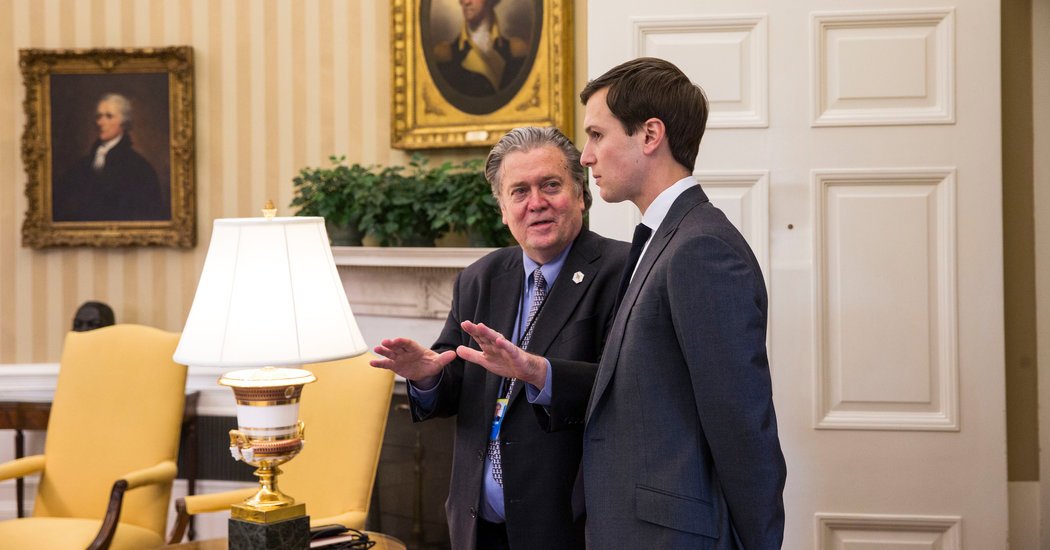 Can I have Steve Bannon back? I know you’re all going to say no ..

“On foreign policy, Mr. Kushner is more inclined toward intervention in the Middle East while Mr. Bannon would prefer that the United States remain as uncommitted as possible. Even as the president signaled this week that he might respond militarily to the chemical attack on civilians in Syria, Mr. Bannon has argued that American interests are better served by not getting drawn any further into the quagmire of a civil war.”

In Battle for Trump’s Heart and Mind, It’s Bannon vs. Kushner

The escalating feud between the chief White House strategist and the president’s son-in-law reflects a larger struggle to guide the direction of the Trump presidency.