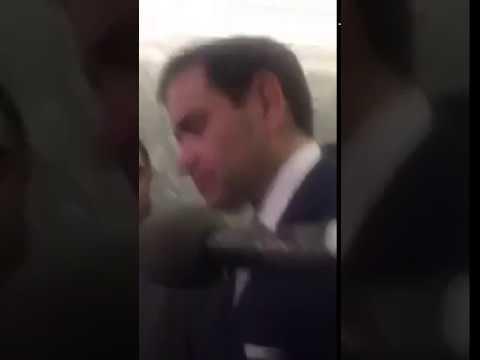 Marco Rubio is unfamiliar with VPN and Proxy servers.

“Rubio said the attacks came from computers using IP addresses located in Russia — once in July of last year, after he announced he would run again for the Senate and again, Wednesday morning. IP addresses do not necessarily confirm who conducted hacking, as it is relatively easy for hackers to mask their location.”

U.S Senator On Russia Hack Investigation Marco Rubio Has No Idea What A VPN Is!!!

In this video intrepid WeAreChange journalists confronts U.S Senator Marco Rubio about his latest allegations of Russians trying to hack him. Cassandra simpl…