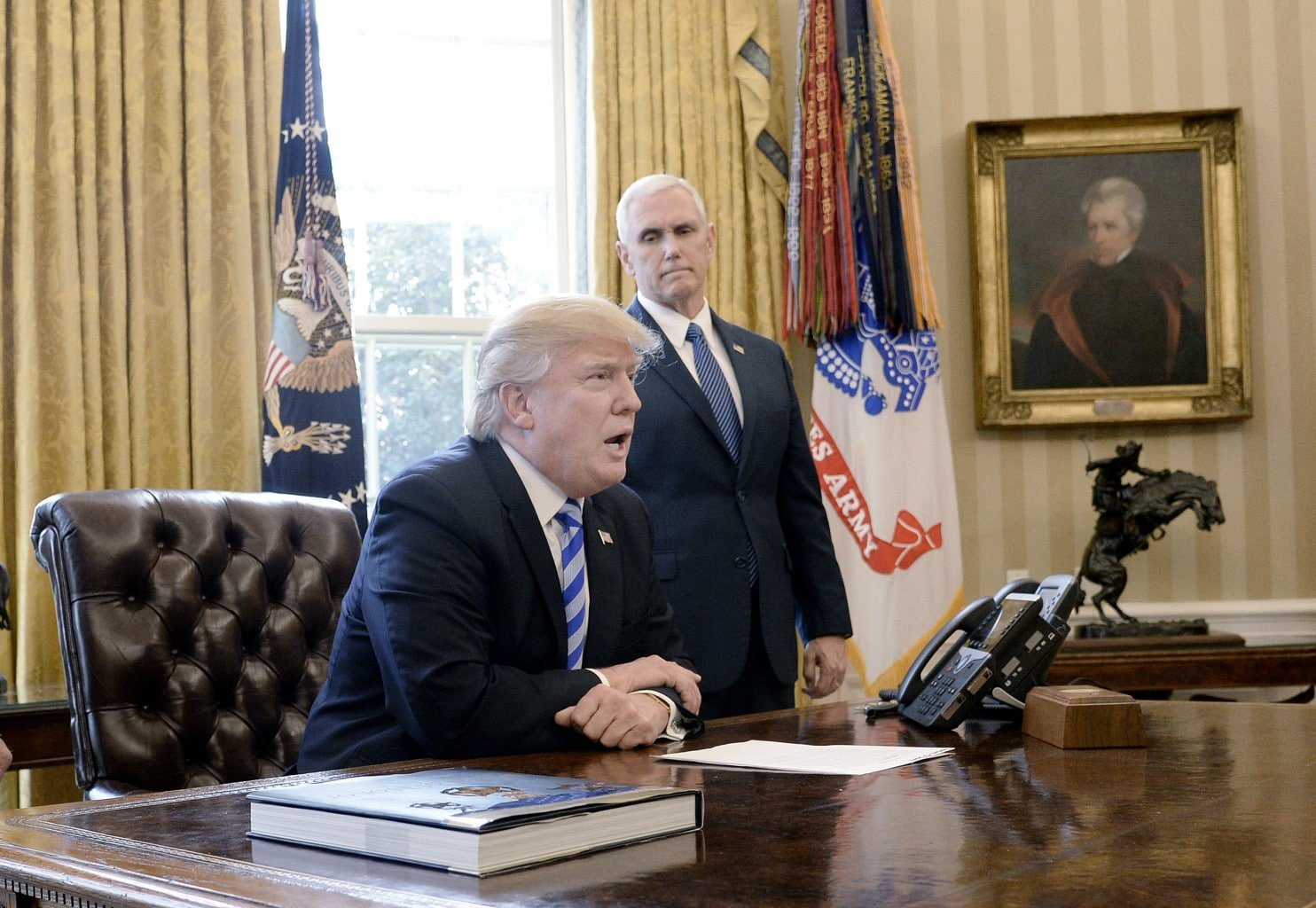 “As you know, I’ve been saying for years that the best thing is to let Obamacare explode and then go make a deal with the Democrats and have one unified deal. And they will come to us; we won’t have to come to them,” he said. “After Obamacare explodes.”

“The beauty,” Trump continued, “is that they own Obamacare. So when it explodes, they come to us, and we make one beautiful deal for the people.”

“Hey, we could have done this,” he said. “But we couldn’t get one Democrat vote, not one. So that means they own Obamacare and when that explodes, they will come to us wanting to save whatever is left, and we’ll make a real deal.”

Trump brought up the vote count. “We were close,” he said.

“No, not tough,” Trump said. “It’s just life. We had great support among most Republicans but no Democratic votes. Zero. Not one.”

“I’ll fix it as it explodes,” he said. “They’re going to come to ask for help. They’re going to have to. Here’s the good news: Health care is now totally the property of the Democrats.”

“To be honest, the biggest losers today are Nancy Pelosi and Chuck Schumer,” Trump said of the House minority leader and the Senate minority leader. “Because now they own the disaster known as Obamacare.”

“Look, I’m a team player,” Trump said of the Republican Party. “I’ve played this team. I’ve played with the team. And they just fell a little bit short, and it’s very hard when you need almost 100 percent of the votes and we have no votes, zero, from the Democrats. It’s unheard of.”

“Ah, that’s the big question,” Trump said with a slight chuckle. “Don’t know. I have a good relationship with [The Freedom Caucus], but I couldn’t get them. They just wouldn’t do it.”

“Years of hatred and distrust,” he said. “Long before me.”

“I think they made a mistake, but that’s okay,” Trump said of the Freedom Caucus.

“A lot of people might say that,” Trump said, laughing. “We’ll end up with a better health-care plan. A great plan. And you wouldn’t need the Freedom Caucus.”

Perspective | ‘Hello, Bob’: President Trump called my cellphone to say that the health-care bill was dead

“So, we just pulled it,” Trump said of he bill he had touted.