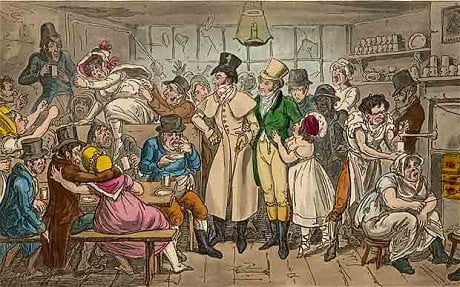 “It is impossible for anyone to write a perfectly rationally argued document without a segment that, out of context, can be transformed by some dishonest copywriter to appear totally absurd and lend itself to sensationalization, so politicians, charlatans and, more disturbingly, journalists hunt for these segments.”

“The period of time that corresponds to the reliance on one-sided accounts such as television and newspapers, which can be controlled by the mandarins, lasted from the middle of the twentieth century until the U.S. elections of 2016. In that sense, social networks, allowing a two-way flow of information, put back the mechanism of tidings in its natural format. As with participants in markets and souks, there is a long term advantage to being dependable.”

“Information transmits organically by word-of-mouth, which circulates in a two-way manner. In ancient Rome, people got information without a centralized filter. In the Ancient Mediterranean marketplaces, people talked; they were the receivers and the purveyors of news. Barbers offered comprehensive services; they doubled as surgeon, dispute resolution experts, and news reporters. If people were left to filter their own rumors; they were also part of the transmission. Same with pubs and London coffee houses. In the Eastern Mediterranean (currently Greece and the Levant), condolences were the source of gathering and transmission –and represented the bulk of social life. Dissemination of the news took place at these gathering.”

The Facts are True, the News is Fake – INCERTO

How to Disagree with Yourself