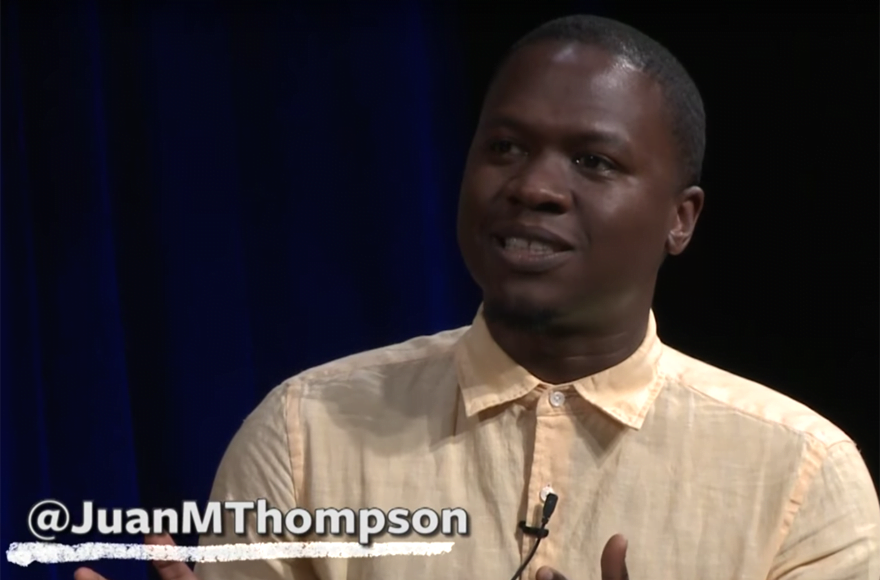 African American Democrat Juan Thompson, supporter of Black Lives Matter and Bernie Sanders, former supporter of Hillary Clinton, hater of white people and capitalism, who claims to be “reverting to Islam”, who recently wrote on his twitter page “42% of Americans are filthy fascist appeasers and they should be taken out along with Trump” was just arrested for making bomb threats against 8 Jewish institutions.

As I said before, you have no idea who is behind these crimes ..

““Today, we have charged Juan Thompson with allegedly stalking a former romantic interest by, among other things, making bomb threats in her name to Jewish Community Centers and to the Anti-Defamation League,” U.S. Attorney Preet Bharara said in a statement.”

“According to the complaint .. Thompson made at least eight JCC and Jewish institution threats “as part of his campaign of harassment” against “Victim-1.” For instance, according to the complaint, on Feb. 21, 2017, Thompson is alleged to have sent an email to the ADL’s midtown Manhattan office blaming the woman for the bomb threats and claiming she would be “making more bomb threats tomorrow.” The next day, according to the U.S. Attorney’s Office, “the ADL received a phone call claiming that explosive material had been placed in the ADL’s midtown Manhattan office.””

The man, Juan Thompson, made some of the threats in the name of a former romantic partner he had been cyberstalking.