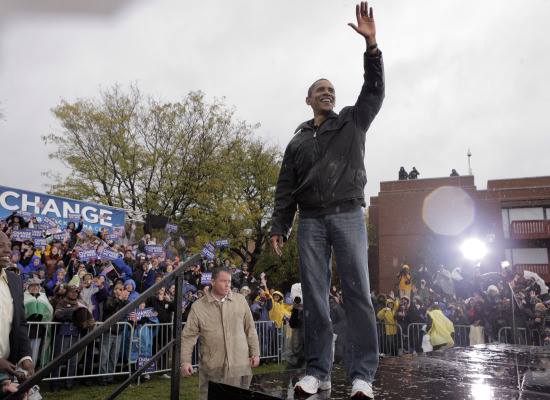 Written almost 10 years ago .. The attached image from the original post ..

I voted for Kerry and I preferred Gore. I didn’t want these guys because I thought they were such stellar gentlemen that they were exactly what we needed, but that I thought the bush was exactly the opposite of what we did need.

We all know by now what a detrimental failure the bush has been. I would hate to say I told you so but to all those who knew me back in 2001, I told you so and am disappointed you didn’t listen.

The fact is that the bush displayed from day one this unwavering certainty that he knew exactly what was best for everyone else and anyone who disagreed was just a naïve fool. He was the decider; the commander in chief of not just the military but the citizenry as well; and that didn’t sit right with me at all.

Initially those who disagreed with the bush were just liberal American hating atheist terrorist sympathizers. As the years passed by and as more and more of us disagreed with him it was because they just didn’t “get the big picture”; they were elitist educated theoretical philosophizers who didn’t live in the “real world.”

But we who are so afraid of elitist presidents elected a bush of a president with an incredibly elitists attitude twice in a row. We elected to be condescended to; we elected to have our affairs handled for us so that we didn’t have to involve ourselves in any worldly affairs. We want to be treated like children.

We don’t want to realize that this farce of a nation is in fact multicultural kettle of division and hatred.

Because, if we acknowledged that fact we would have to accept that the idea behind America, the land of oppressed minorities and the last bastion of freedom and democracy is in fact a fairytale.

And so we received what we asked for; a president that “knew best.” In Afghanistan he failed to catch bin laden. In Iraq he killed far too many more than you should have swallowed to create a failed state. In Palestine he asked for democracy and got Hamas whom he refused to recognize. In North Korea he swaggered and stalled and woke up to nuclear detonations. In Russia he saw Putin’s soul and failed to see in it an invasion of Georgia.

The bush you all chose to be ruled over by because “he knew best” is in fact impotent arrogant fool.

You all elected a man who appealed to your insecurities. You let him scare you of your shadow. You let him pit yourself against your friends, neighbors, and your fellow man. You allowed him to conjure up images of evil men bent of destroying your way of life and in response gave him permission to commit enormous atrocities throughout the world.

Instead you destroyed your way of life all by yourselves without the help of a few cave dwellers. And now you all feel insecure in your life, your job, your future. For that choice of the bush you all have failed.

Gone are the savings, the equity, and the investment funds. Gone are the jobs, the consumption, and the luxuries. Gone are eating out and movie theaters and cruising the streets on 99 cent gasoline.

And if it’s not gone for you, then you’re not paying attention; you’ve already failed the same as when you elected this bush.

Security is regained by looking your fears in the face and giving it the floor to scare you. By giving it the opportunity and standing firm as it realizes it failed in its task to shake you. Ah the famous cliché of fearing fear itself. For its only by accepting that you have nothing to fear of illegal aliens with their malicious intent to steal your jobs, gays with the desire to destroy your marriage with your wife, liberals and their craving to take your wealth away from you, and of course terrorists who want to shatter your freedoms since its oh so un-islamic, that you’ll find a sense of liberation.

I am voting for Obama because he does not seek to divide us but rather, he unites. He does not demonize our differences, but rather welcomes and celebrates them. He does not condescendingly decide what is best for our future regardless of what we think. He appeals to our individual greatness and asks us to continue to achieve to higher and greater levels. And finally, He listens.

That is why I am voting for Barack. Because he listens to his fellow citizens like a president should and doesn’t rule over his subjects like that bush of king did.