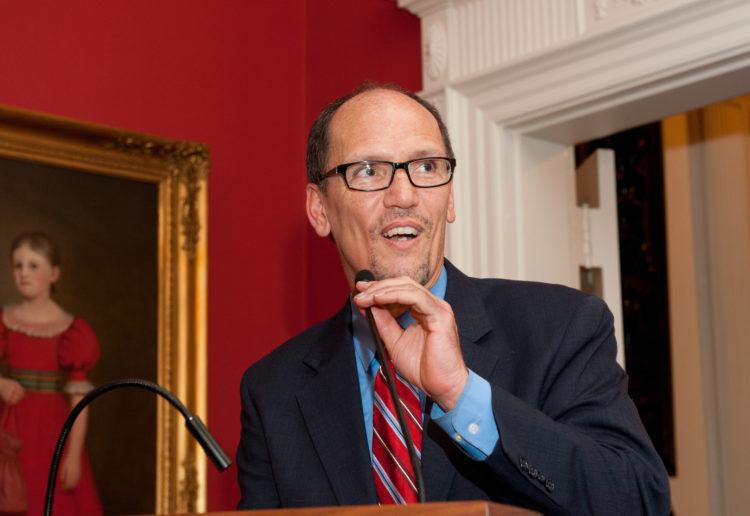 “Perez continued, “Emmy and the team have a good plan to attract all minority voters. When we do well there, then the narrative changes from Bernie kicks ass among young voters to Bernie does well only among young white liberals—that is a different story and a perfect lead in to South Carolina, where once again, we can work to attract young voters of color. So I think Nevada is a real opportunity, and I would strongly urge HRC to get out there within a couple days of [New Hampshire].””

Labor Secretary Tom Perez, who has spent a considerable amount of time boosting Hillary Clinton’s campaign, offered advice in February on how to change the narrative so people of color were discouraged from supporting Bernie Sanders.The advice was sent in an email to Clinton campaign chairman John P…