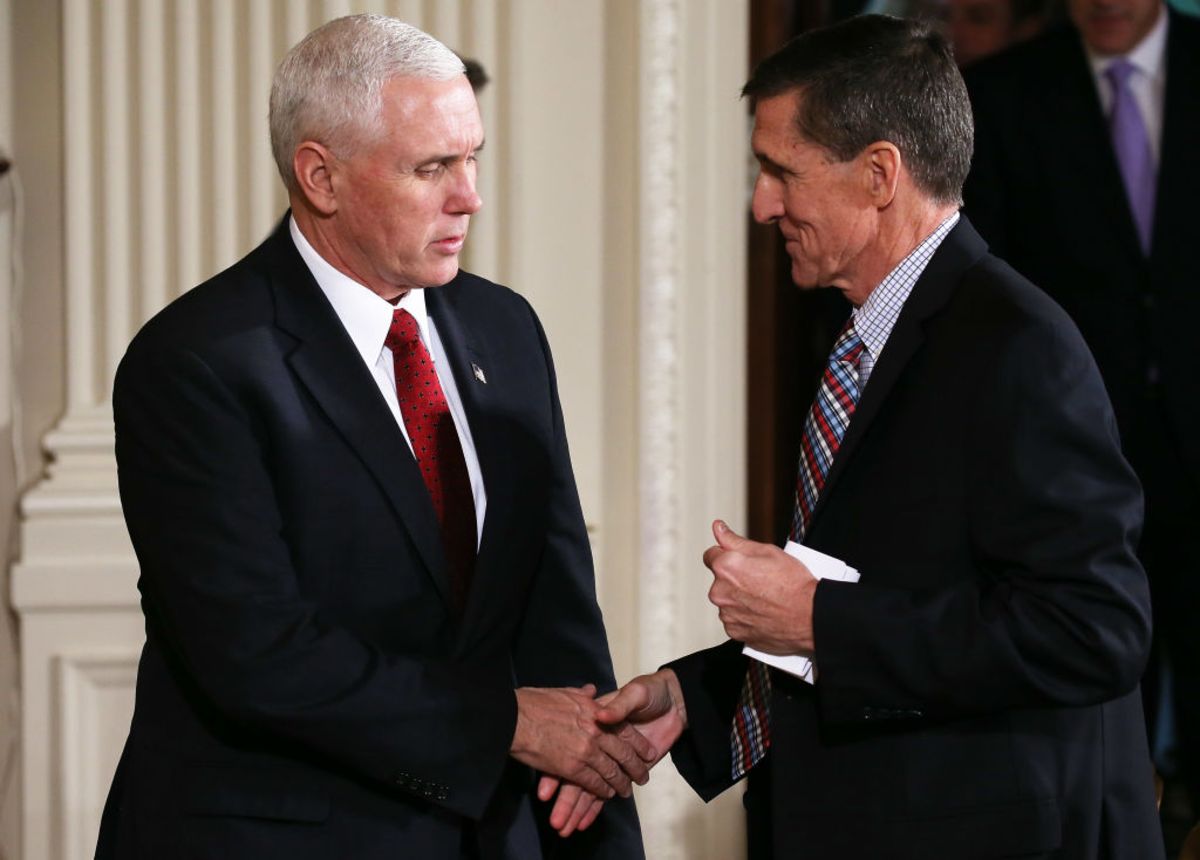 The security state is strong ..

“Flynn was a fat target for the national security state. He has cultivated a reputation as a reformer and a fierce critic of the intelligence community leaders he once served with when he was the director the Defense Intelligence Agency under President Barack Obama. Flynn was working to reform the intelligence-industrial complex, something that threatened the bureaucratic prerogatives of his rivals.”

“Flynn is only the appetizer. Trump is the entree.”

The Political Assassination of Michael Flynn

The national security adviser was the appetizer. Trump is the main course.