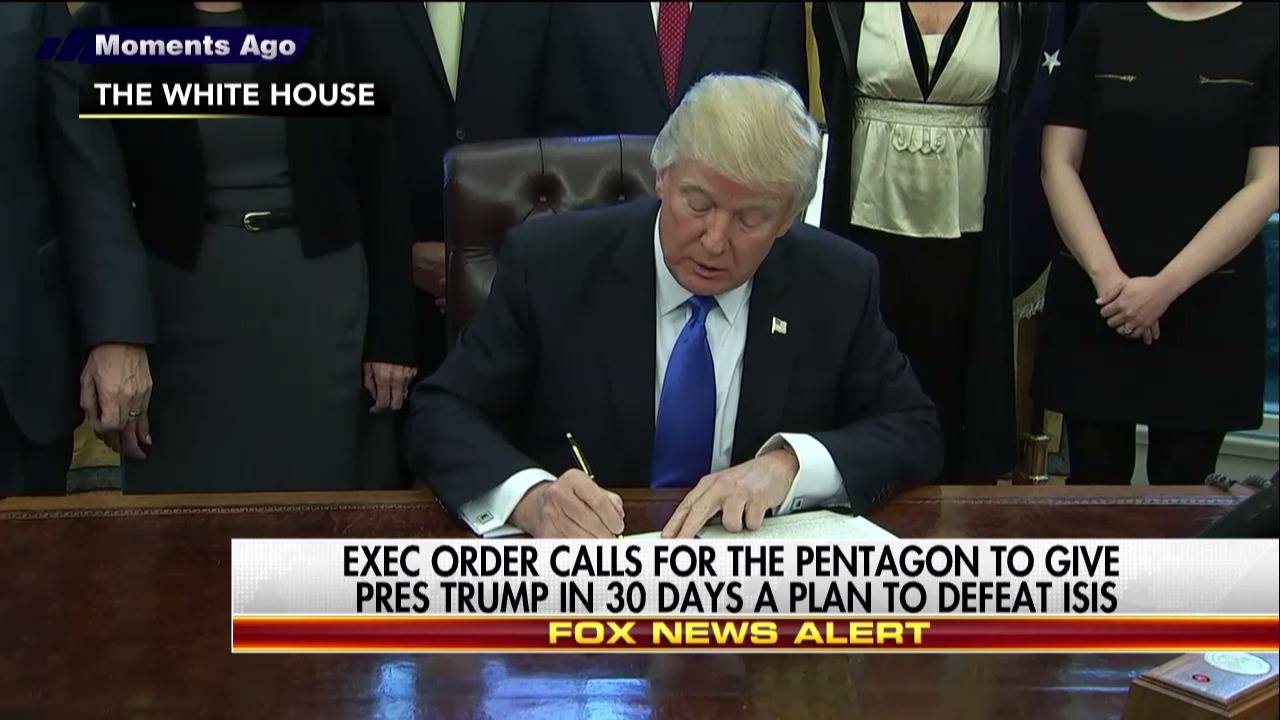 Trump signs an executive order to institute a five-year ban on lobbying ..