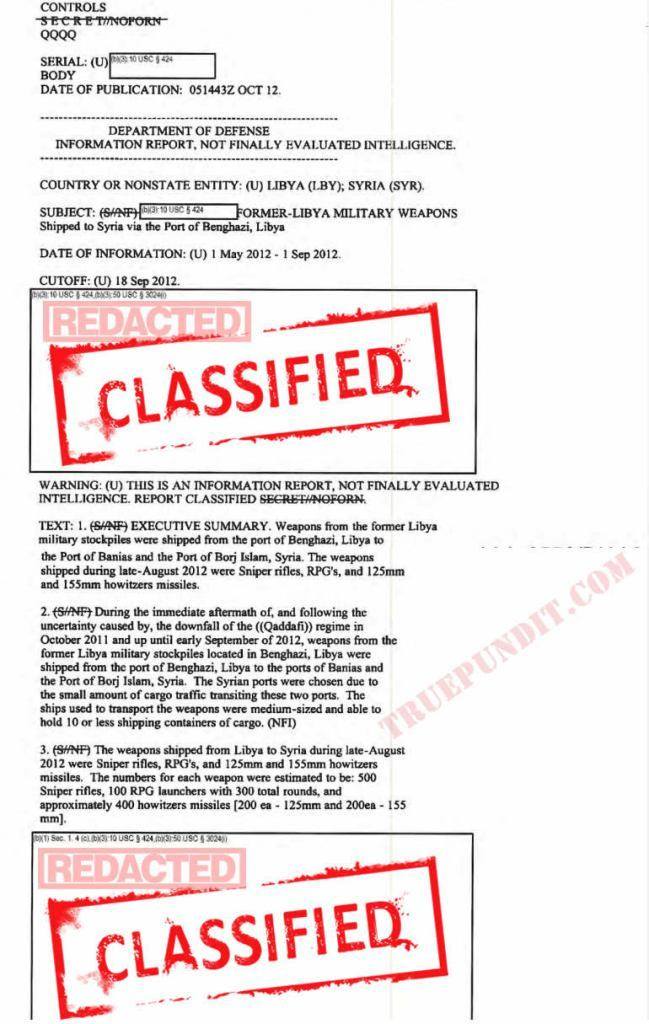 This is why the Benghazi matters.

In late 2012, after the fall of Qaddafi, whose death Hillary planned and found hilarious, Libyan weapons from Libya were shipped to Hillary’s rebels in Syria to overthrow Assad. These weapons were shipped from the port of Benghazi in Libya where Ambassador Stevens of the State Department and the CIA covertly coordinated the arms transfer at the embassy and annex in Benghazi.

Something went wrong, the embassy was attacked by terrorists, and Ambassador Stevens was killed. Hillary didn’t answer the requests for help, possibly because this was a covertly planned coordinated attack to destroy all the evidence at the embassy. Questions remain.

In any case, those Libyan weapons that her State Department in Benghazi under Ambassador Stevens transferred to Syrian rebels rapidly escalated the Syrian civil war. We now have 6 million refugees outside of Syria, 6 million refugees displaced within Syria, and 300,000+ dead Syrians.

This is who you’re supporting.

“The U.S. special mission in Benghazi and the nearby CIA annex were utilized in part to coordinate arms shipments to the jihadist rebels fighting the Syrian regime, with Ambassador Christopher Stevens playing a central role, documents an explosive new book released today.”

“The activities, which included a separate, unprecedented multi-million-dollar weapons collection effort from Libyan militias who did not want to give up their weapons, may have prompted the Sept. 11, 2012, attack, charges the new book.”