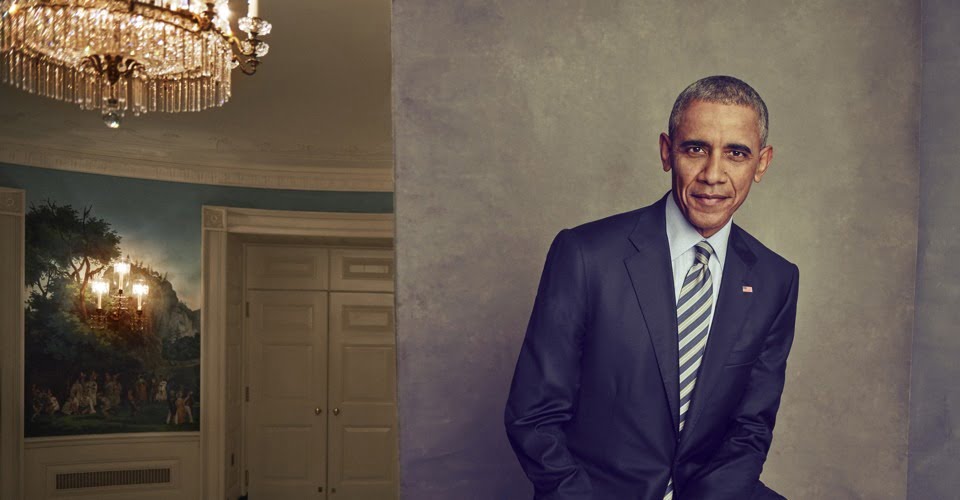 Read the whole article if you have time ..

— Hillary vs Obama on Arming the Rebels —

Samantha Power sometimes argued with Obama in front of other National Security Council officials, to the point where he could no longer conceal his frustration. “Samantha, enough, I’ve already read your book,” he once snapped.

At the outset of the Syrian uprising, in early 2011, Power argued that the rebels, drawn from the ranks of ordinary citizens, deserved America’s enthusiastic support. Others noted that the rebels were farmers and doctors and carpenters, comparing these revolutionaries to the men who won America’s war for independence.

At the outset of the Syrian uprising, in early 2011, Power argued that the rebels, drawn from the ranks of ordinary citizens, deserved America’s enthusiastic support. Others noted that the rebels were farmers and doctors and carpenters, comparing these revolutionaries to the men who won America’s war for independence.

Obama flipped this plea on its head. “When you have a professional army,” he once told me, “that is well armed and sponsored by two large states”—Iran and Russia—“who have huge stakes in this, and they are fighting against a farmer, a carpenter, an engineer who started out as protesters and suddenly now see themselves in the midst of a civil conflict …” He paused. “The notion that we could have—in a clean way that didn’t commit U.S. military forces—changed the equation on the ground there was never true.” The message Obama telegraphed in speeches and interviews was clear: He would not end up like the second President Bush—a president who became tragically overextended in the Middle East, whose decisions filled the wards of Walter Reed with grievously wounded soldiers, who was helpless to stop the obliteration of his reputation, even when he recalibrated his policies in his second term. Obama would say privately that the first task of an American president in the post-Bush international arena was “Don’t do stupid shit.”

Obama’s reticence frustrated Power and others on his national-security team who had a preference for action. Hillary Clinton, when she was Obama’s secretary of state, argued for an early and assertive response to Assad’s violence. In 2014, after she left office, Clinton told me that “the failure to help build up a credible fighting force of the people who were the originators of the protests against Assad … left a big vacuum, which the jihadists have now filled.” When The Atlantic published this statement, and also published Clinton’s assessment that “great nations need organizing principles, and ‘Don’t do stupid stuff’ is not an organizing principle,” Obama became “rip-shit angry,” according to one of his senior advisers. The president did not understand how “Don’t do stupid shit” could be considered a controversial slogan. Ben Rhodes recalls that “the questions we were asking in the White House were ‘Who exactly is in the stupid-shit caucus? Who is pro–stupid shit?’ ” The Iraq invasion, Obama believed, should have taught Democratic interventionists like Clinton, who had voted for its authorization, the dangers of doing stupid shit. (Clinton quickly apologized to Obama for her comments, and a Clinton spokesman announced that the two would “hug it out” on Martha’s Vineyard when they crossed paths there later.)

— Hillary vs Obama on The Red Line —

For some foreign-policy experts, even within his own administration, Obama’s about-face on enforcing the red line was a dispiriting moment in which he displayed irresolution and naïveté, and did lasting damage to America’s standing in the world. “Once the commander in chief draws that red line,” Leon Panetta, who served as CIA director and then as secretary of defense in Obama’s first term, told me recently, “then I think the credibility of the commander in chief and this nation is at stake if he doesn’t enforce it.” Right after Obama’s reversal, Hillary Clinton said privately, “If you say you’re going to strike, you have to strike. There’s no choice.”

— Hillary vs Obama on Libya —

But what sealed Obama’s fatalistic view was the failure of his administration’s intervention in Libya, in 2011. That intervention was meant to prevent the country’s then-dictator, Muammar Qaddafi, from slaughtering the people of Benghazi, as he was threatening to do. Obama did not want to join the fight; he was counseled by Joe Biden and his first-term secretary of defense Robert Gates, among others, to steer clear. But a strong faction within the national-security team—Secretary of State Hillary Clinton and Susan Rice, who was then the ambassador to the United Nations, along with Samantha Power, Ben Rhodes, and Antony Blinken, who was then Biden’s national-security adviser—lobbied hard to protect Benghazi, and prevailed. (Biden, who is acerbic about Clinton’s foreign-policy judgment, has said privately, “Hillary just wants to be Golda Meir.”) American bombs fell, the people of Benghazi were spared from what may or may not have been a massacre, and Qaddafi was captured and executed.

But Obama says today of the intervention, “It didn’t work.” The U.S., he believes, planned the Libya operation carefully—and yet the country is still a disaster.

“So we actually executed this plan as well as I could have expected: We got a UN mandate, we built a coalition, it cost us $1 billion—which, when it comes to military operations, is very cheap. We averted large-scale civilian casualties, we prevented what almost surely would have been a prolonged and bloody civil conflict. And despite all that, Libya is a mess.”

Mess is the president’s diplomatic term; privately, he calls Libya a “shit show,” in part because it’s subsequently become an isis haven—one that he has already targeted with air strikes. It became a shit show, Obama believes, for reasons that had less to do with American incompetence than with the passivity of America’s allies and with the obdurate power of tribalism.

— Hillary vs Obama on the Rise of China —

Many people, I noted, want the president to be more forceful in confronting China, especially in the South China Sea. Hillary Clinton, for one, has been heard to say in private settings, “I don’t want my grandchildren to live in a world dominated by the Chinese.”

“I’ve been very explicit in saying that we have more to fear from a weakened, threatened China than a successful, rising China,” Obama said. “I think we have to be firm where China’s actions are undermining international interests, and if you look at how we’ve operated in the South China Sea, we have been able to mobilize most of Asia to isolate China in ways that have surprised China, frankly, and have very much served our interest in strengthening our alliances.”

The U.S. president talks through his hardest decisions about America’s role in the world.