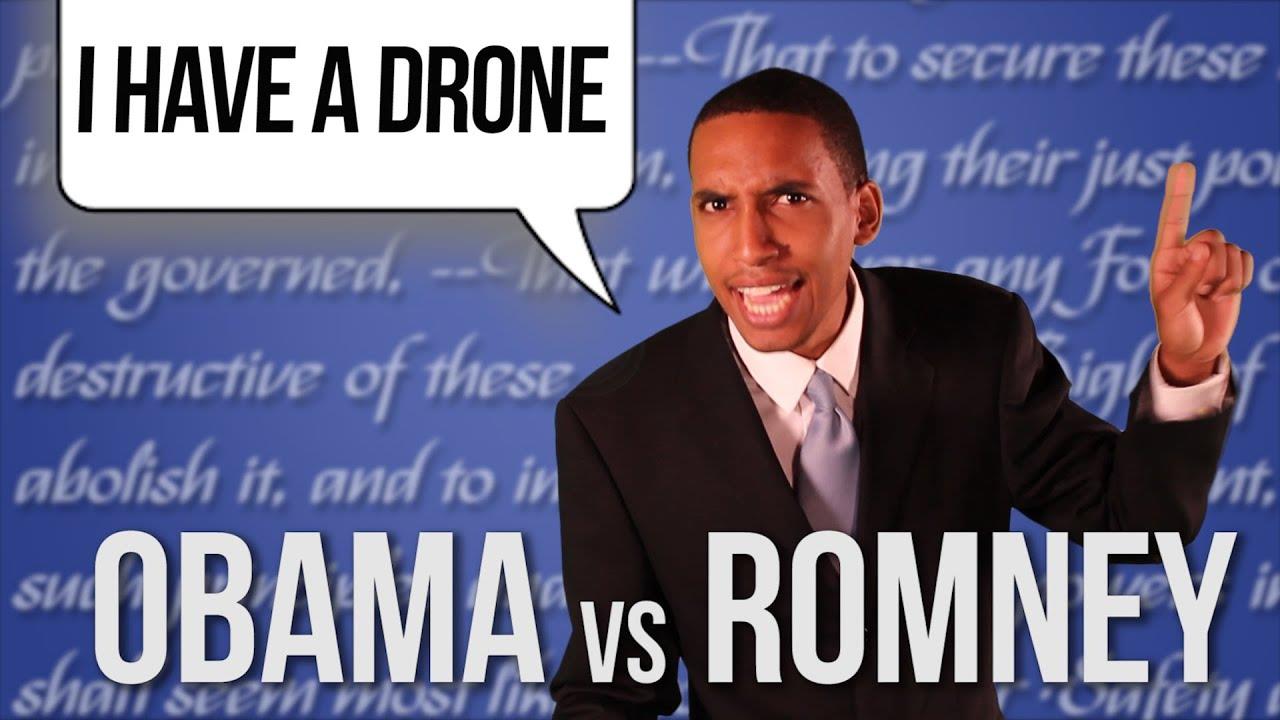 In observance of that lame filibuster today, here is President Obama …

I have a drone;
no more habeas corpus
and more powers to detain and to resort to excessive force
and to declare war without approval of congress or courts

Don’t let this .. uh … War-Is-Peace prize deceive you!
I’ve bombed a whole heap a people to pieces
and my first term ain’t even completed.

It’s nearing the end of 2012, and the bastion of world democracy (The United States of America) is displaying its free and open process of elections for the …